It was 11.45am on a Sunday and I was among a group of 50 journalists and bloggers gathered in a room on the 10th level of Sunway Resort Hotel and Spa in Kuala Lumpur, Malaysia. We were waiting for American-Canadian R&B singer Robin Thicke, he of the massive summer hit 'Blurred Lines' and one-time Miley Cyrus dance partner, to appear. Everyone craned their necks, checking each other out and trying to spot familiar faces. There was a buzz in the air as we readied our cameras and recording devices, all poised to get a good shot. After a quick rundown by MTV VJs Hanli Hoefer and Alan Wong, the man of the moment strode into the room and the press conference was officially underway. 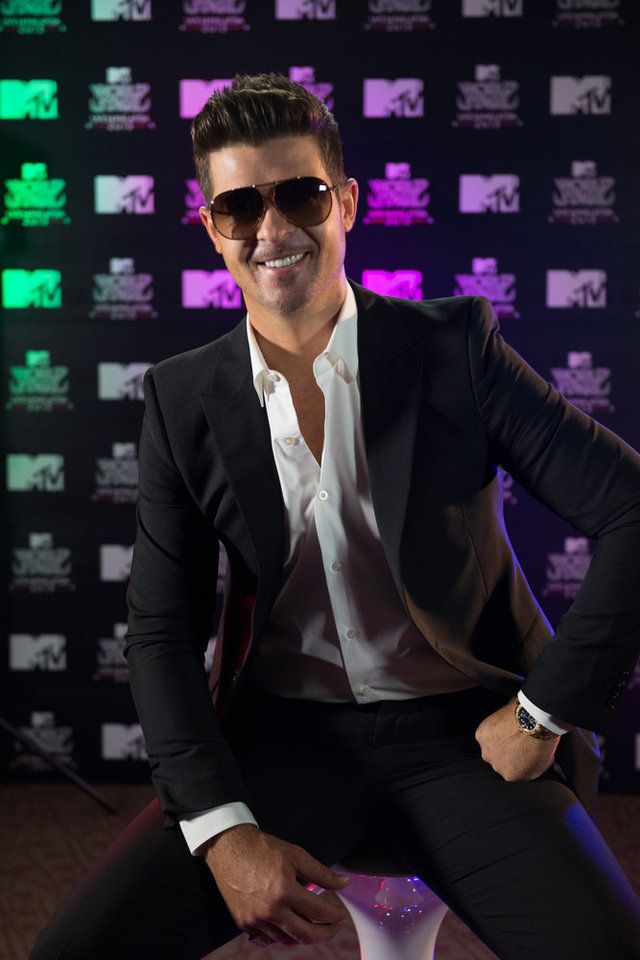 Shiny, slick and smooth – from his swanky well-cut suit and sunglasses to his carefully manicured manner, Robin Thicke was on the charm offensive and eager to please. He was well-prepared and polished throughout, fielding questions effortlessly while flashing megawatt smiles at everyone. Well-oiled PR persona aside, his answers revealed a cheeky devil-may-care attitude and a business savvy honed from years of being in the industry.

Asked to choose between having a Grammy Award, a multi-platinum selling album or 10 million fans, Robin chose the second option because ”that means you have fans” and the important thing for an artiste was that people hear and share their music.

The self-professed family man said it was a conscious decision to have his family collaborate with him on his latest album - his wife Paula Patton sings on 'Take It Easy On Me' and his son Julian also appears on one of the songs. The topic of family popped up again when he was asked whether he’s happiest when in the studio, performing on stage or writing songs. His answer – neither, he’s happiest when he’s with his son – provoked a few “awws” around the room. However this seemed at odds with the sexy image projected in his video for 'Blurred Lines' and it doesn’t help that it features him cavorting with half-naked models. The song itself has come under fire for supposedly containing references to rape. To his detractors, Robin made it clear he’s an entertainer and made no apologies for his actions and that he can’t please everyone.

Growing up with two famous parents, he remembers wanting to follow in their footsteps and be as successful as or better than them, but to do it on his own with their love and support. Music-wise it’s all about soul with the aim of making passionate soulful music, citing Bob Marley, Stevie Wonder, John Legend and Bruce Springsteen as influences.

On that infamous performance with Miley Cyrus at the recent VMAs, Robin brushed off accusations that it was controversial, saying that the VMAs are meant to provoke and shock. “Celebrity is a crazy thing.. I’m just happy to be getting all this attention because it gives me a chance for people to hear my music and when I die, the only thing that will matter to me is the music that I’ve left behind, not some performance on MTV that everyone will forget.” 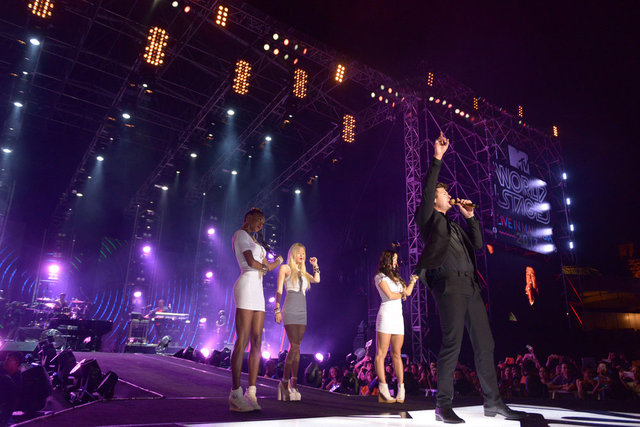 He was equally unfazed when asked about the lawsuit against Marvin Gaye’s estate and even managed to slip in a sly reference to his hit single in his reply: “I can’t comment on it, all I can say is I have the utmost respect for Marvin Gaye and his family, and it’s always tough when it comes to creation and inspiration and what lines are blurred.” Nice one Robin.

There were light-hearted moments aplenty during the press conference but there was a question which earned the distinction for being one he has never been asked before. Asked to choose between rappers Pharrell Williams or T.I. if he were a girl, Robin picked Pharrell “just because I’ve known him longer”, a reply which had the room in guffaws. The pow-wow was over in 25 minutes and it was safe to say there were more than a few members of the media who were charmed by the smooth operator.