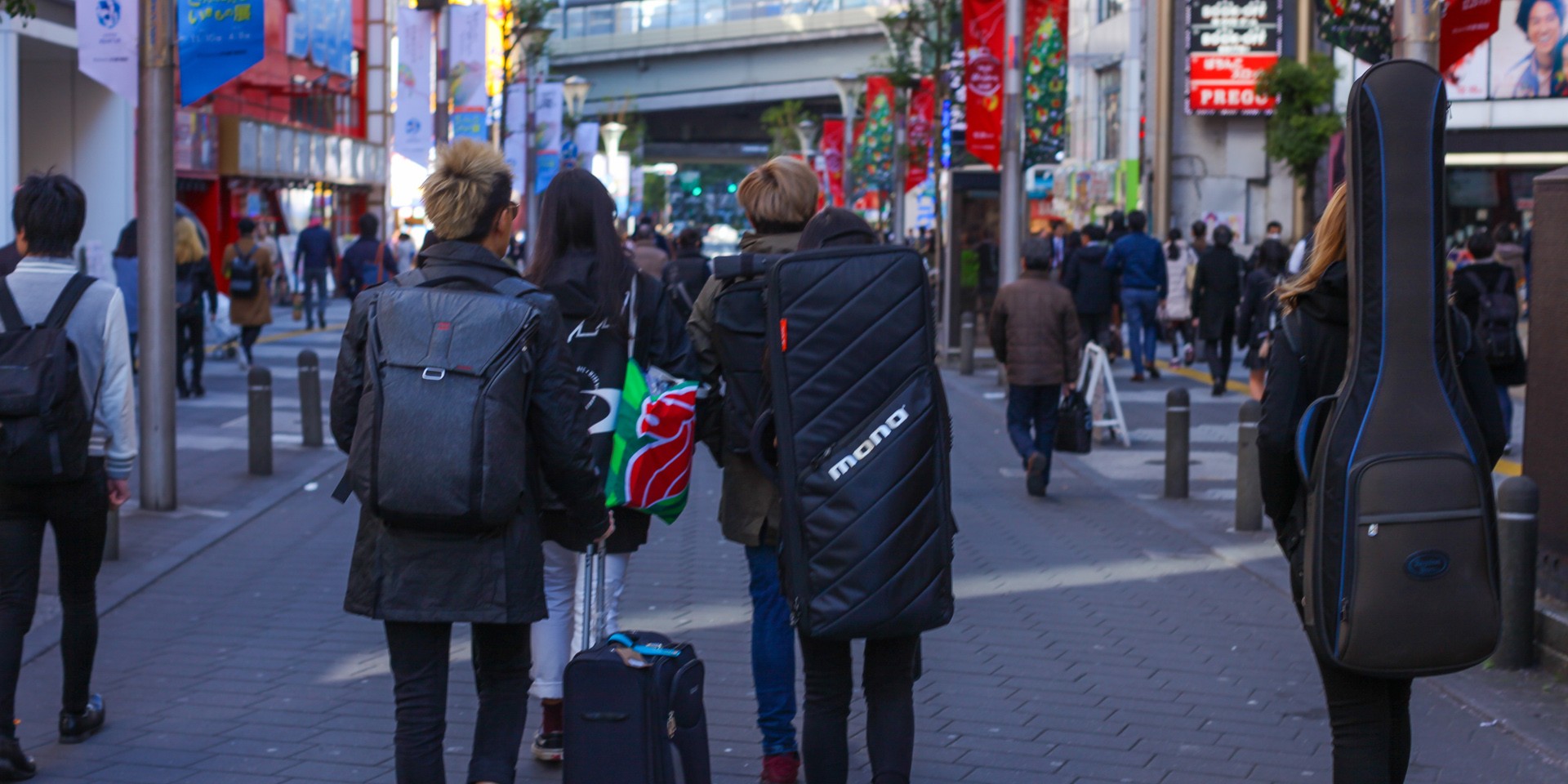 Japan possesses one of the most vibrant and eclectic music scenes in the world.

With an open-minded populace who still are fervent CD buyers, there's an abundance of live music in Tokyo, let alone the country, spanning regular hole-in-the-wall shows to momentous events like Fuji Rock Festival. No wonder so many foreign acts aim to break into the Japanese market.

Last December, Singaporean acts Dru Chen and DEON embarked on a busy tour of Tokyo that took them places both heartening and illuminating. To chronicle their travels across the city, we got both acts to write down their personal stories on this intimate and transformative journey, along with their own personal tips for musicians and fellow Singaporeans planning to visit the neon-lit city.

In the midst of life and career changes, my musical tour of Japan put it all into perspective for me. Music is still my life force, my religion and my salvation. Touring overseas is a shot of life for an artistically starved soul. It inspires you to make moves you would never have made back home.

TIP #1: The do-it-yourself indie spirit is EVERYTHING in Japan. It is the norm. They call it “Ganbaru” - to do one’s best. Embody that attitude when you are here. 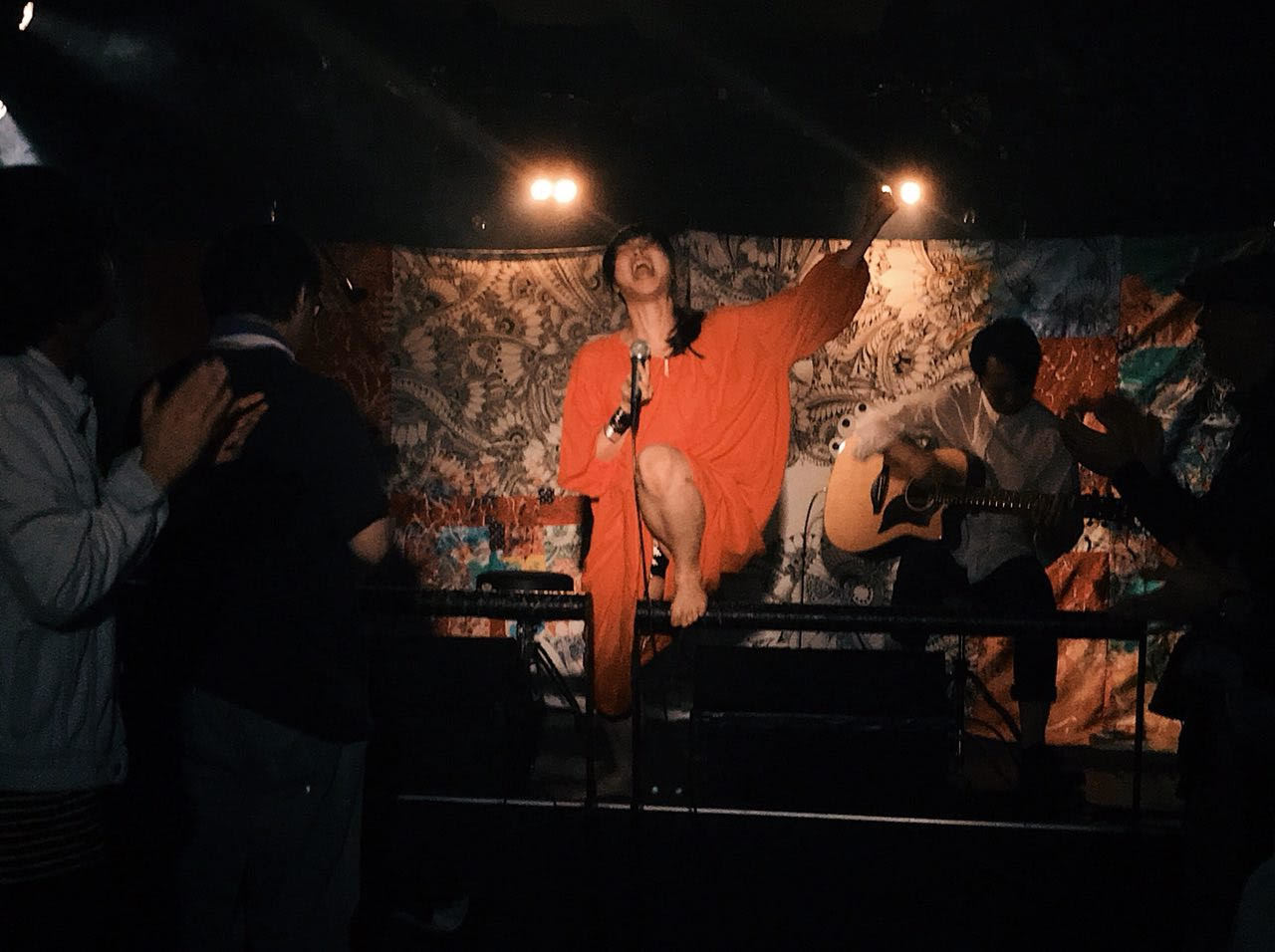 Toitoitoi, one of Japan’s indie bands. Look at the spirit on that girl’s face. This was taken onstage at Live Freak, Shinjuku, Tokyo.

Japanese musicians are incredibly artistic and talented, but more than anything, they put their heart and soul, and passion into everything they do. Before we play a show, there is an early soundcheck and every single person is on time or early. The sound engineers are extremely respectful of the acts and themselves. Everything is done as if their life depended on it.

Before the start of the show, there is a "briefing", and everyone stands in a big circle, and the host introduces each band, and everybody claps for everyone else. There is such a strong team spirit. Music really becomes its own reward. 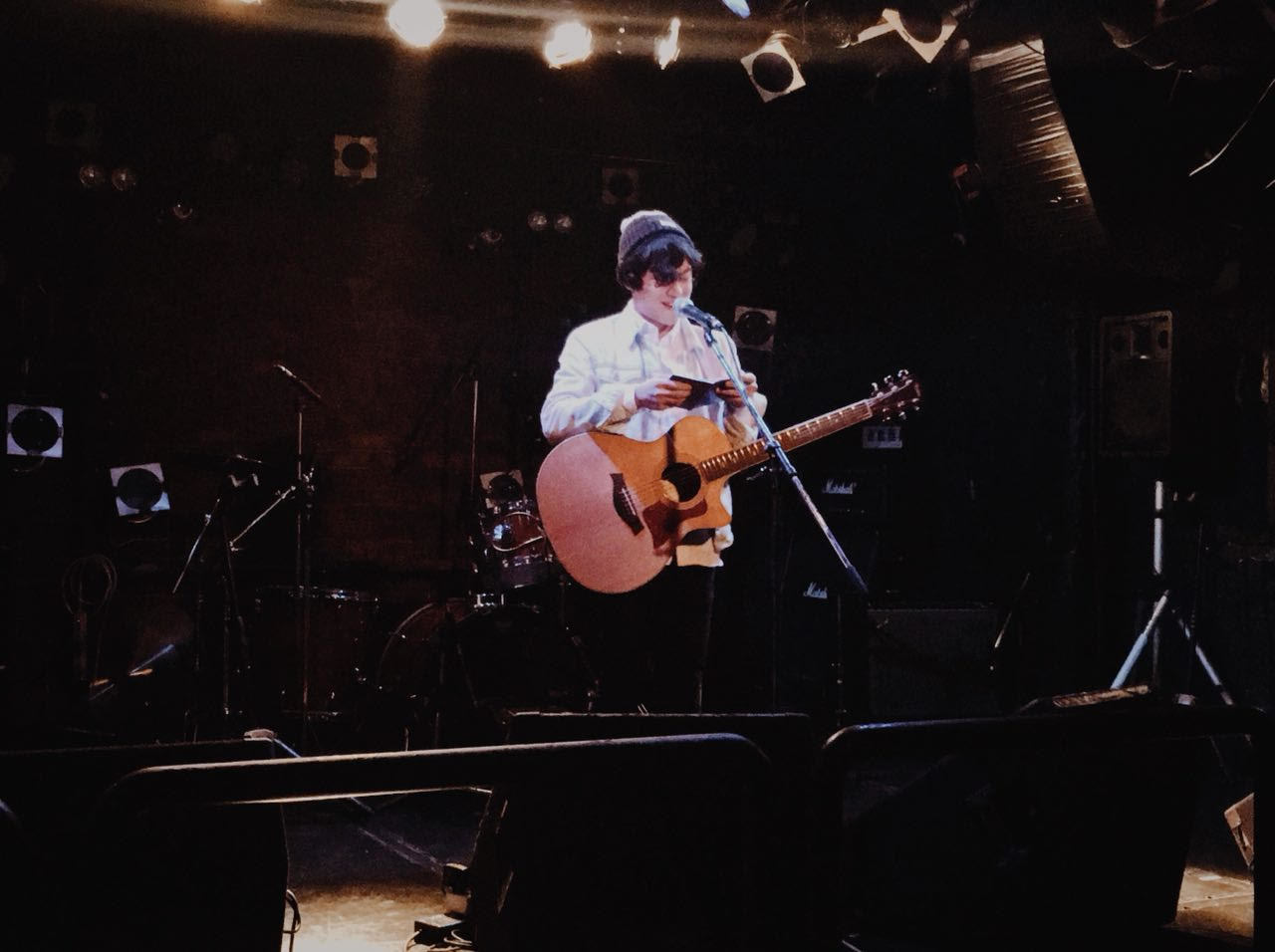 TIP #2: Learn some Japanese. Say it onstage, even if you have to read it off a notebook. They will appreciate that you took the effort. "Domo-arigato-gozaimashita". It’s all about effort and respect in Japan.

TIP #3: Don’t expect to make any money your first time touring Japan. It’s an investment. Build your audience and allies in the Japanese music scene. The spirit is infectious... Sleep 8-10 hours every night if you can. The show days will be extremely long. Try to have off days on tour to rest and enjoy the neighbourhoods and culture. 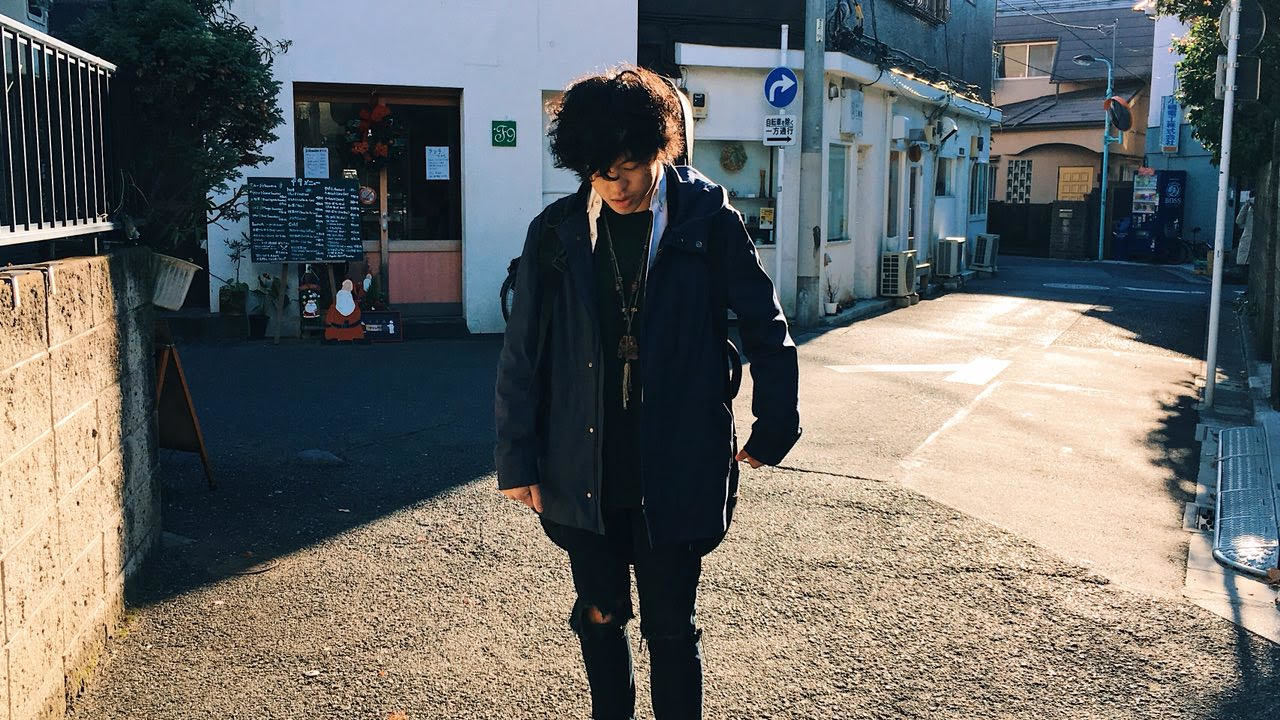 Walking the neighborhood of Yanesen, Tokyo.

TIP #4: Double-check, no, TRIPLE-CHECK your set times. Things can change and get lost in translation. Files get reformatted and set times get confused with other bands.

This isn’t specific to Japan, and should be done at any gig anywhere in the world. I learned this lesson the hard way on tour, but thank goodness the Japanese were so accommodating and I still managed to fit in my set. People aren’t always going to be this nice.

TIP #5: Shoot a video, create social media content. Bring a steady cam. Make something special out of it, like a live EP!

TIP #6: Bring lots of merchandise! Japanese people are so supportive and generous. In turn, you should support the other bands by checking out and buying their merch too.

I’m really lucky to have gone to an International School (OFS represent!), so I have friends all around the world. Some of my former Japanese classmates came and supported me and even helped me translate and sell merchandise. I shall treasure this memory forever! 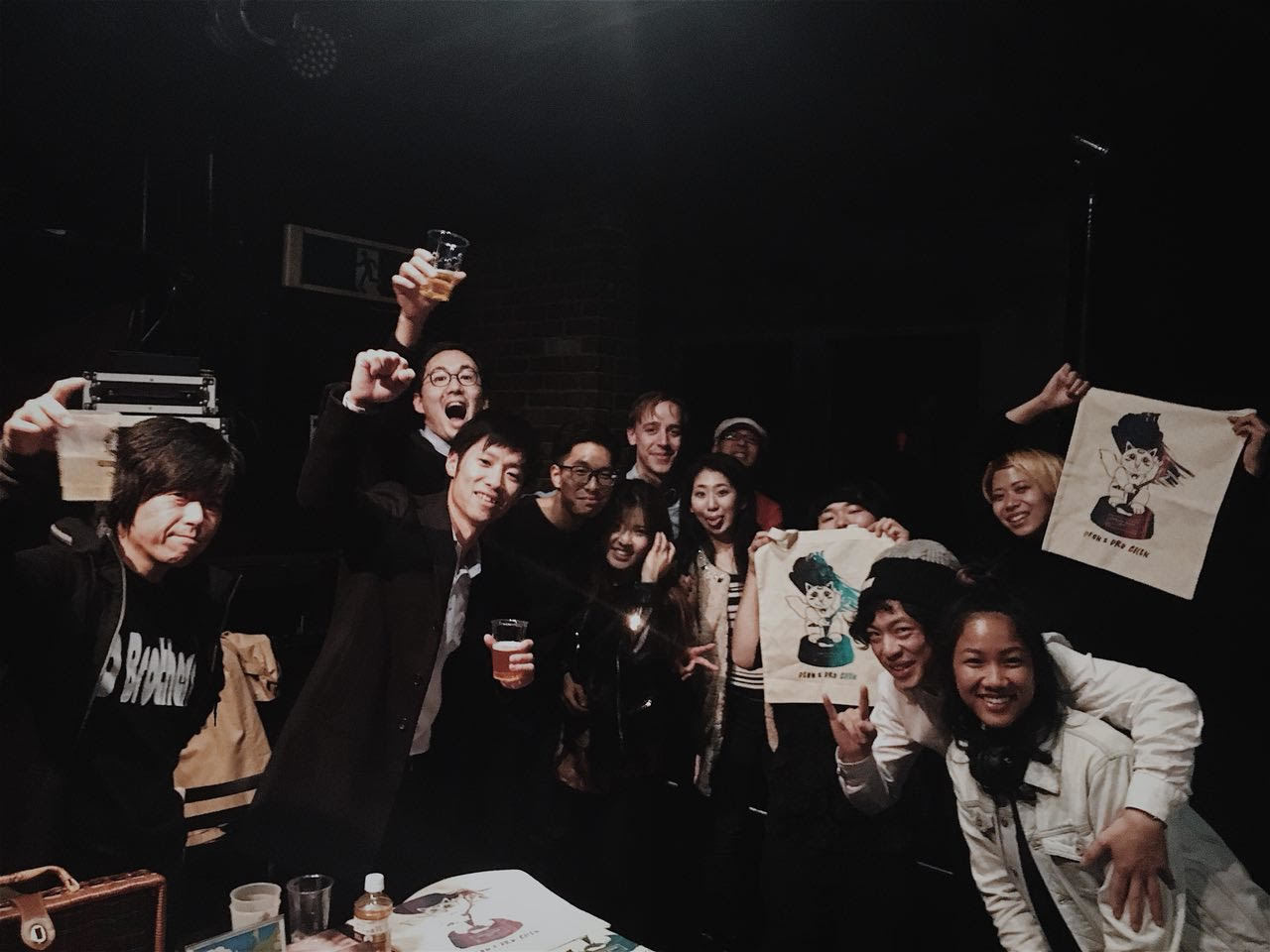 TIP #7: Have a superhero as a tour manager. My partner Melyssa handled a million and one roles on tour and made it all look so easy. I love her to the moon and back! 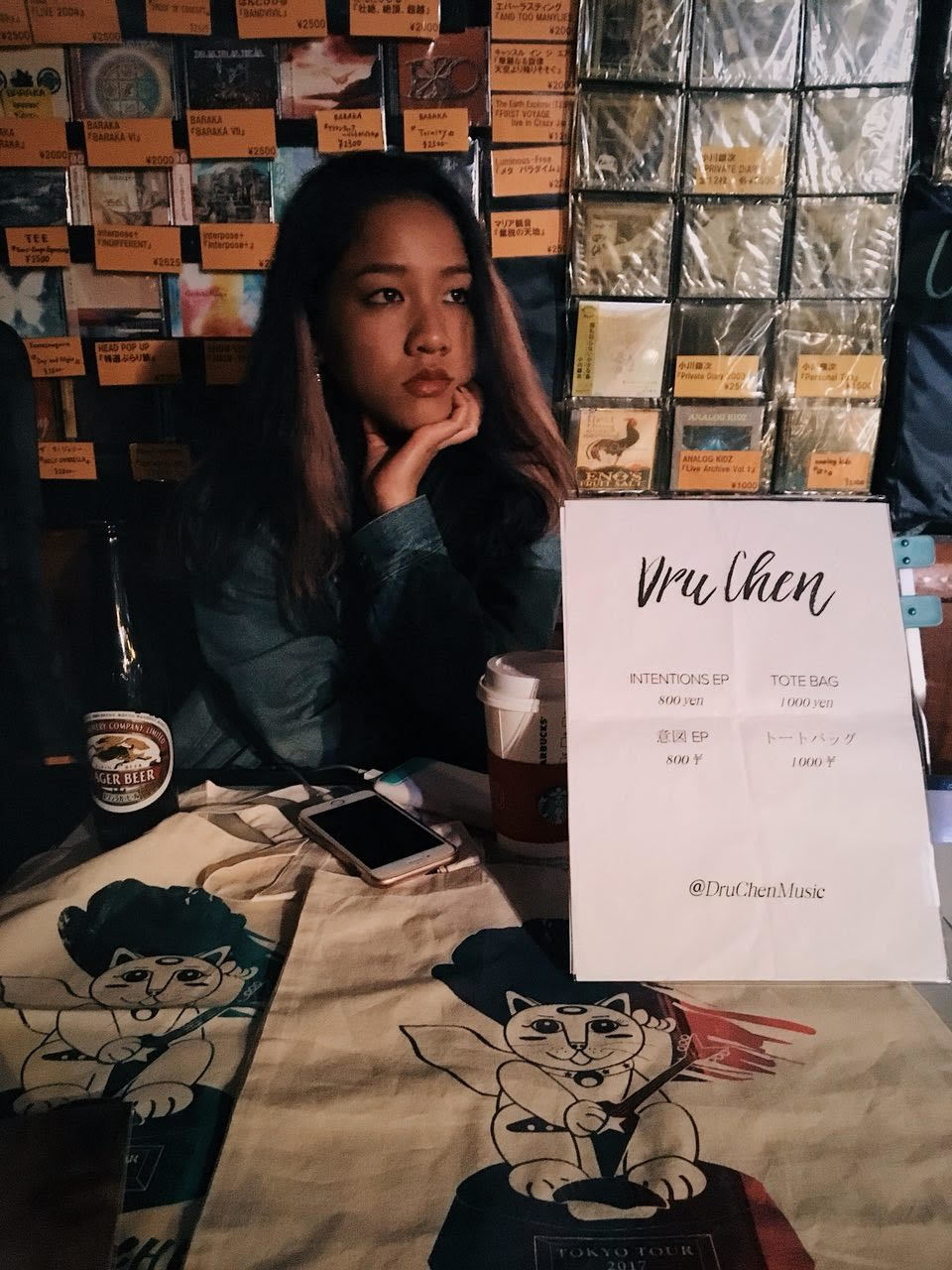 And finally, TIP #8: Buy lots of vinyl records! Tokyo is a haven for record collectors. Japanese import versions are known for their high quality and are often collectors’ items! 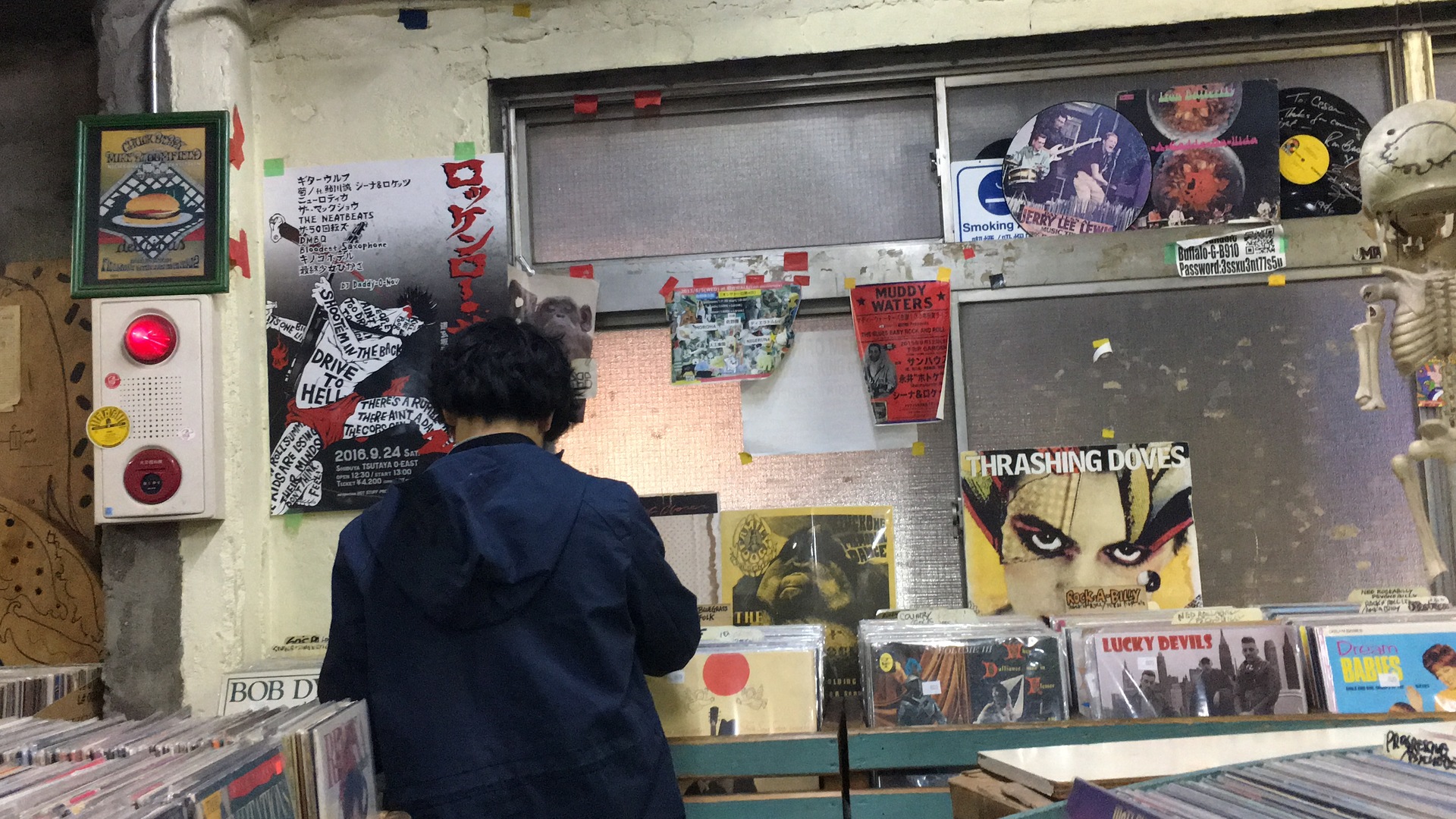 Photos by Leonard Soosay and DEON

Before reading this part, I do have to insert this caveat to set the context for my music act. Although I’m known as a singer-songwriter, I mostly perform with my regular musicians in a band setting. The entire band’s relationship — it is almost like I’ve married my musicians. Although in the context of music I refer to them as my band, we are very close friends who have grown together over the past six years.

We celebrate victories and losses, and have shared countless meals and experiences. I ever thought of giving them a name, but they politely declined and wanted to maintain the status quo. So when I say “us” (we), I’m actually referring to my entire singer-songwriter act, not just the main singer-songwriter himself (me).

This also explains why my social media handles are @deontheband, because, in reality, it would not have been possible with my band and crew. 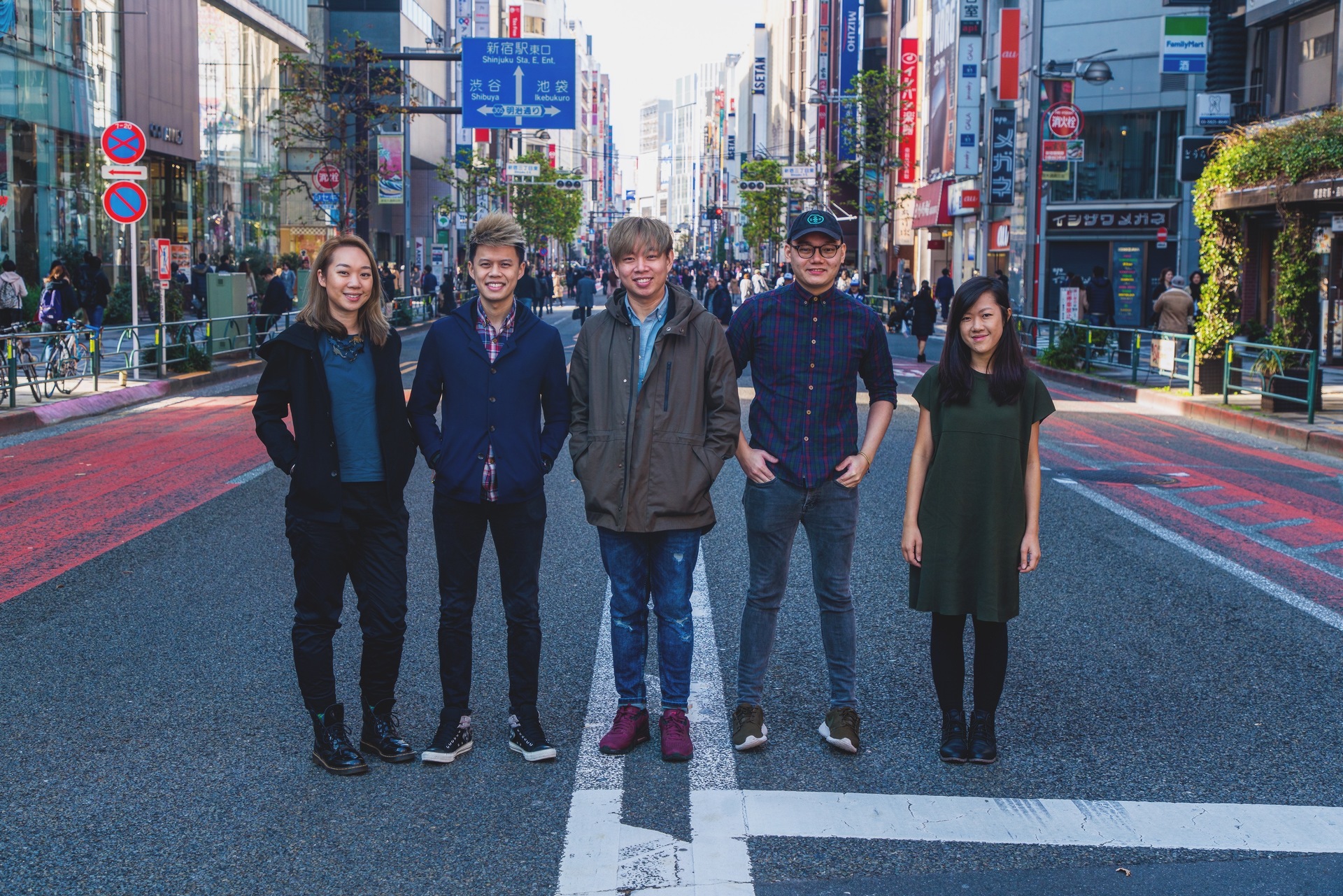 This is my sixth time traveling overseas to share my music with a foreign audience. There have been venues with not more than 10 people, others filled with a couple hundred listeners who have never heard of us before. From Toronto, to London, to Liverpool, to Tokyo – each time we take the stage, it is a completely different experience from that of performing in Singapore.

And as cliché as it might sound, we know that whether it is performing to five or 5,000 people, we need to give the same energy and professionalism. This is purely out of respect for our hard work and craft that we’ve dedicated to the process – a concept that we’ve always known, but came to internalise after witnessing other acts in Japan.

For me, traveling together as a band and crew allows me to know my musicians better. Like it or not, we are all living, breathing human beings, with lives outside of music. Getting to know them better at a personal level allows me to understand the dynamics of the band better, and affords me insights on how to carve a comfortable nest for my team. Being able to manage my team gives me the stability to focus on the music. 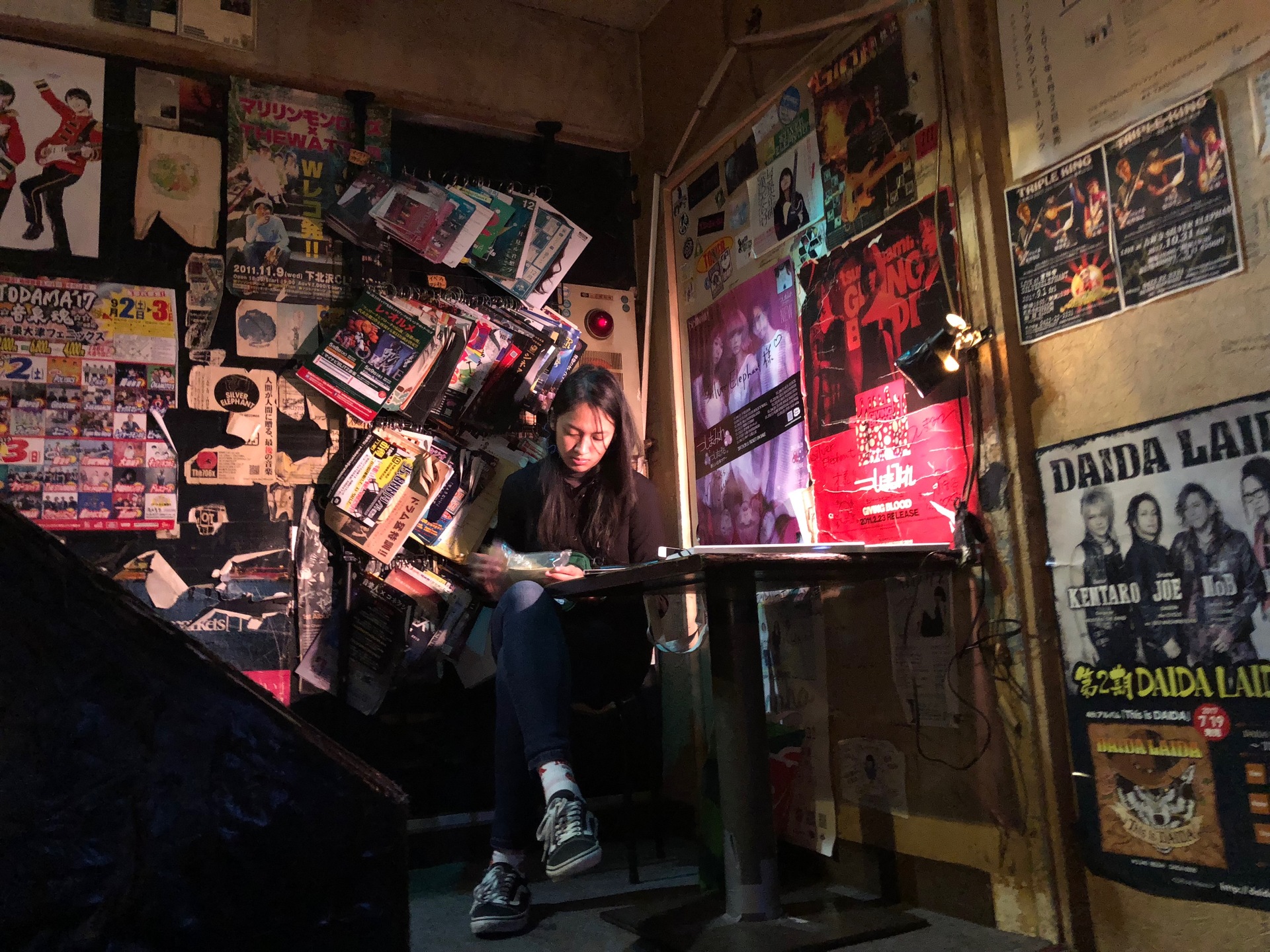 Most of the acts we played with had a strong merchandise game — they were extremely creative with their setups, with a strong enterprising spirit on display.

The acts also dressed appropriately, and matched the pace of their songs well. There was a consistency of creativity and professionalism portrayed by each act."

Also, it is really fun when the people you’re creating music with are some of your best friends. Traveling together takes on a different meaning, and gigging and performing doesn't feel like a job, but really something that we all enjoy doing together.

Maturity... I think the big thing for me as a musician is experiencing different gigging and music cultures overseas. In doing so, my eyes have been opened, and my perspective shifts. I witness the challenges faced by other countries’ indie musicians, learn to appreciate the things afforded to Singaporean musicians a lot more, and remind myself to focus on what really inspired me to get started as a singer-songwriter.

I learn to overcome insecurities and pace myself. I feel more assured as an experienced performer, and also learned how to cut the noise that distracts me from my music. I don’t feel the need to compare myself to what others are doing, and have found peace in self-assurance.

Of course, traveling and gaining unique experiences also provides inspiration for writing new songs. It is no secret that my second album was largely inspired by my opportunities to travel. Having space to breathe and ruminate while on these trips allows for the silence in my mind to be filled with new tunes and song ideas. 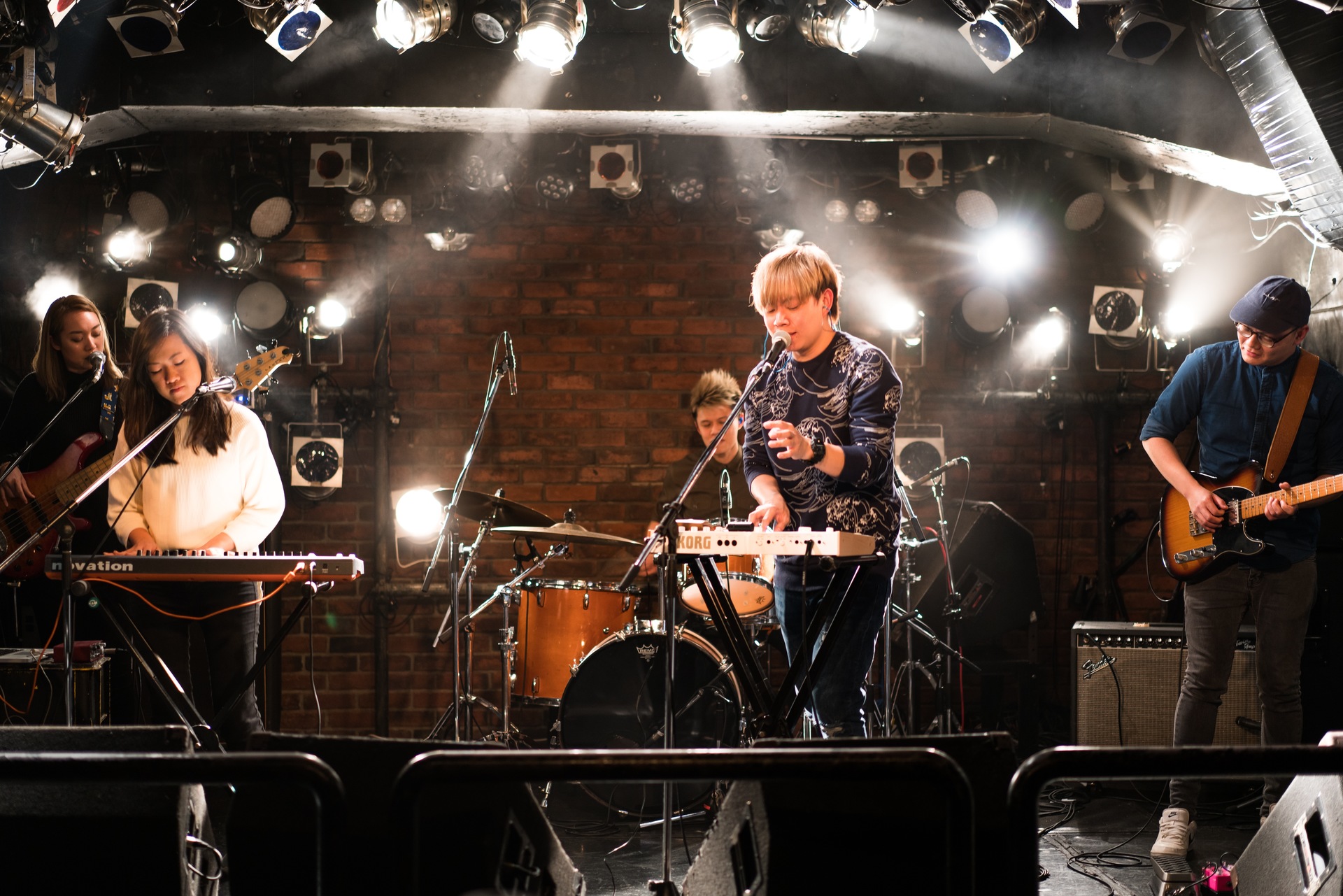 There’s a spirit unique to Japan that permeates the soul of everything we’ve witnessed in the country — there’s almost a maniacal chase for perfection in everything done. In each venue we’ve played at, their sound crew and bands treat the sound check very seriously. The crew performs their duties like clockwork and execute their tasks to perfection.

Although we speak different languages, the communication between us and the venue was transparent and concise. It is apparent that they practiced their roles thoroughly. As have their music acts; each exuding confidence, musicianship and professionalism. No act was late, no act was unprepared, and every act gave 110%."

Going on tour is not easy. Especially when you put immense pressure on yourself to ensure that you fully utilise the trip, and achieve all the goals that you set out for your act. You want to impress the foreign audience, but more importantly, you want to prove to yourself that there is a space for you outside of Singapore, and that your hard work deserves recognition.

It does get better with each trip as you continue to grow but the preparations leading up to the tour can be rather stressful. I would not, however, have it any other way.

In 2016, tour manager Martin Kong (Amateur Takes Control, Caracal) asked me a very salient question. “You are already on tour. Wouldn’t you want to create memories that you’d remember for life?”

Yes, and we will continue to do so.