The latest buzz on the interwebz the past few days have been about The National’s 6-hour stint in The Museum of Modern Art playing everyone’s choice disconsolate song “Sorrow” on loop. The thing is, the idea of music as installation art is not something new. Even before his Talking Head days, David Byrne has always been fascinated with incorporating different mediums of art that have been highly publicized projects. Even here, the Tribal Gathering Of Tongue Tasters sessions at The Substation have been pushing boundaries between art and popular music.

It’s common to associate music with art, but what about music and science?

Nobody has really paid attention to the theories, ratios and the mathematical models inherent in music because really, how hard is it to write a song? Just a couple of pleasant notes and chordal arrangements. But here at Bandwagon, (being complete geeks about music etc) we’d just like to take some time out to discuss a popular wisdom and point out the correlations between music & science/math - we’ll romanticize math and make music sound a little more analytical underneath its sweet sweet eargasmic surface. 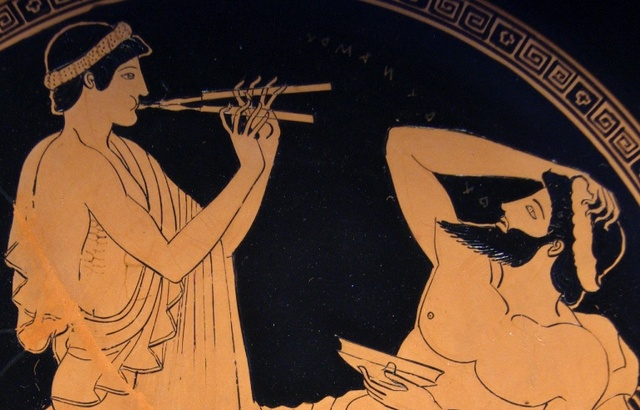 Historically, science-y stuff and music have never been that far apart. Even during the classical age of Athens, harmony was considered an important subset of physics, where research was done into how sounds are employed as music work. The math cult (yes there was a cult devoted to math) of Pythagoreanism in ancient Greece were the first known researchers who actually studied musical scales, expressing them in terms of numerical ratios. They weren’t alone though; early Indian and Chinese theoreticians also believed and attempted to show how mathematical laws of harmonics and rhythms were integral to our understanding of the universe and to our own well-being.

Early theorists found it interesting how sound waves interact with one another, creating varied pitches and producing distinct tones, and how our brain perceive it. Nowadays the study of science and music are more commonly known as Musical Acoustics and Psychoacoustics, among other studies.

With all the high tech today and the amount of bored scientists who’d like to stop studying atoms/cells/dissected animals and be hip for once, it was only natural that they’d turn their analytical attention towards music, and pop music at that. Last year, researchers in Spain have proven what we’ve all been right about all along; modern pop music is shit. The team apparently “ran music from the last 50 years through some complex algorithms and found that pop songs have become intrinsically louder and more bland in terms of the chords, melodies and types of sound used.” They actually have empirical evidence of a “progressive homogenization of the musical discourse” which in English means that all pop music sound the same. Meh, we’ve actually known that for some time already anyway.

But do not lose faith all ye of good taste, for through the burnt fecal ashes of pop music rise a slew of genres in retaliation of all the cookie-cutter clutter, and one of which is the most experimental and explorative genres in modern times: math-rock.

Like post-rock, math-rock is one of those genres you either really get or you don’t. Characterized by complex, atypical rhythmic structures, angular melodies, unusual time signatures and dissonant chords - it’s a direct antithesis to pop music. It’s unpredictable, it’s creatively composed and despite all the seemingly inaccessible technical terms thrown around, math-rock is actually pretty fun to listen to. Like science geeks, math-rock musicians know all about the intricacies of their instruments and naturally being tech as all hell, they really like showing off their skills in their songs. Bands like toe, TTNG, Enemies, Tera Melos and Battles all share the same extreme enthusiasm for instrumental and compositional exploration; perhaps as a conviction in math-like intuitions and abstraction. After all, pure math (not the ones they teach you in primary & secondary school) is all about creativity in solving equations, being at extreme comfort with your decoding skills.

But mathematical influences aren’t only restricted to rock it seems. As a distant cousin to math-rock, mathcore differs not so much in technicality but in volume and speed. Metal bands such as Converge, Daughters, Between The Buried And Me have similarly complex rhythms and odd time signatures, but on a much more brutal, off-kilter and discordant scale. 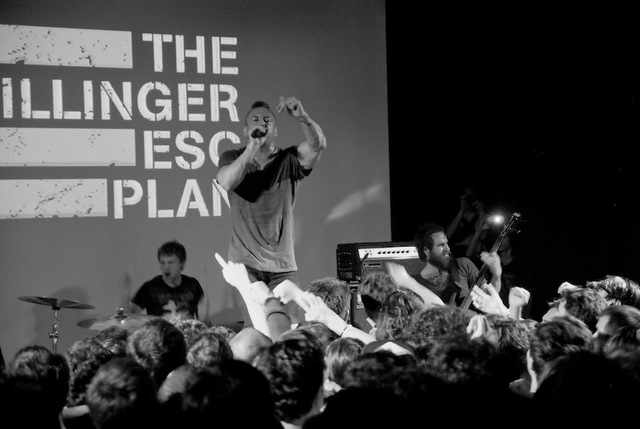 The Dillinger Escape Plan for example have been speculated as rolling a pair of 12-sided dices to decide the time signatures for their songs, such is the complexity of their sound. Real or not, one thing’s for sure: math & metal is an equation that produces one of the most extremely cacophonous yet satisfying music to the heavy metal fan.

In the realm of the electronic music, science and technology is already deeply rooted in the genre - how else do you create all those beats, loops and samples other than using computers and machines? Music software and hardware companies like Ableton, Akai, Pioneer and Korg spend a hefty amount of their money on research and tech to produce superior products for electronic musicians to utilize, at home or live on stage.

Math also comes into play In terms of composing these electronic beats apparently. Canadian musician and producer Daniel Snaith (or more popularly known as Caribou) has stated before on how his PHD in mathematics has helped him in his music:

“...in mathematics things really do go [clicks fingers]. If something fits together, it really fits together. So in music it's similar, you have an intuition.”

Scottish electronic duo Boards Of Canada have also expressed their love for math in songs such as 'Music is Math' and have even experimented musically by using Fibonacci’s Golden Ratio to find out “that magic ingredient”.

Another obvious way for music and science to come together is obviously through educational purposes, making such an icky, seemingly boring subject  more interesting. You probably would have been exposed to that in your youth, watching children’s programs on TV, being taught basic math and physics sung by characters in Sesame Street and the purple abomination Barney the dinosaur. Even GZA of Wu-Tang Clan is hopping on the bandwagon; he’s collaborating with acclaimed astrophysicist Neil deGrasse Tyson for his latest album Dark Matter, a hip-hop release about the cosmos, designed to get audiences hooked on science (!!!). Stay tuned for his future album that will focus on the life aquatic, featuring collaborations with marine biologist Philippe Cousteau.

At the end of the day however music is just music really; a series of melodies that could either be pleasant or unpleasant, depending on your preference. If there’s ever any real similarity between math/science and music, it’s that with both, people are fumbling around and using their intuition and skills to try and fit things together. And that’s probably what we're all doing as well.