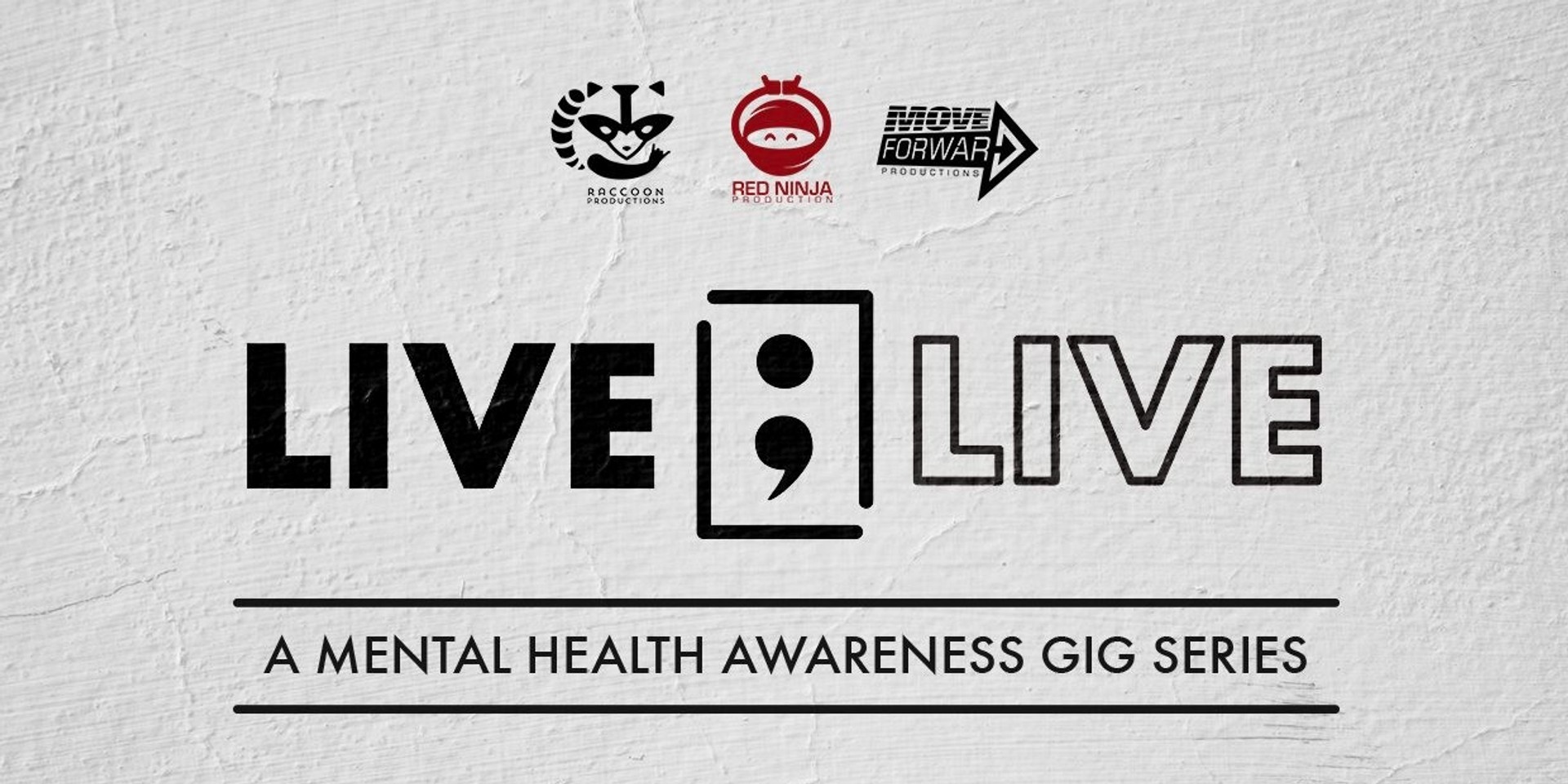 Red Ninja Production, Move Forward Productions, and Raccoon Productions have teamed up for a new mental health awareness gig series, Live; Live. Happening on September 22, 2017 in Saguijo, the first edition of the series will feature performances by Runway Crimes (who are reportedly done with their debut album), singer-songwriter/multi-instrumentalist Coeli, indie folk act TheSunManager, folk duo Pamphleteer, and math rock trio Tom's Story. The gig will also feature a performance by Carlos Castaño, where he promises to play all new material with a full band.

Aside from live music, the event will also feature discussions about mental health issues - with talks by John Mari Marcelo, Carlos Castaño, Bea Lorenzo, and representatives from the Youth for Mental Health Coalition.

250 PHP gets you in. All proceeds will go to the National Center For Mental Health. 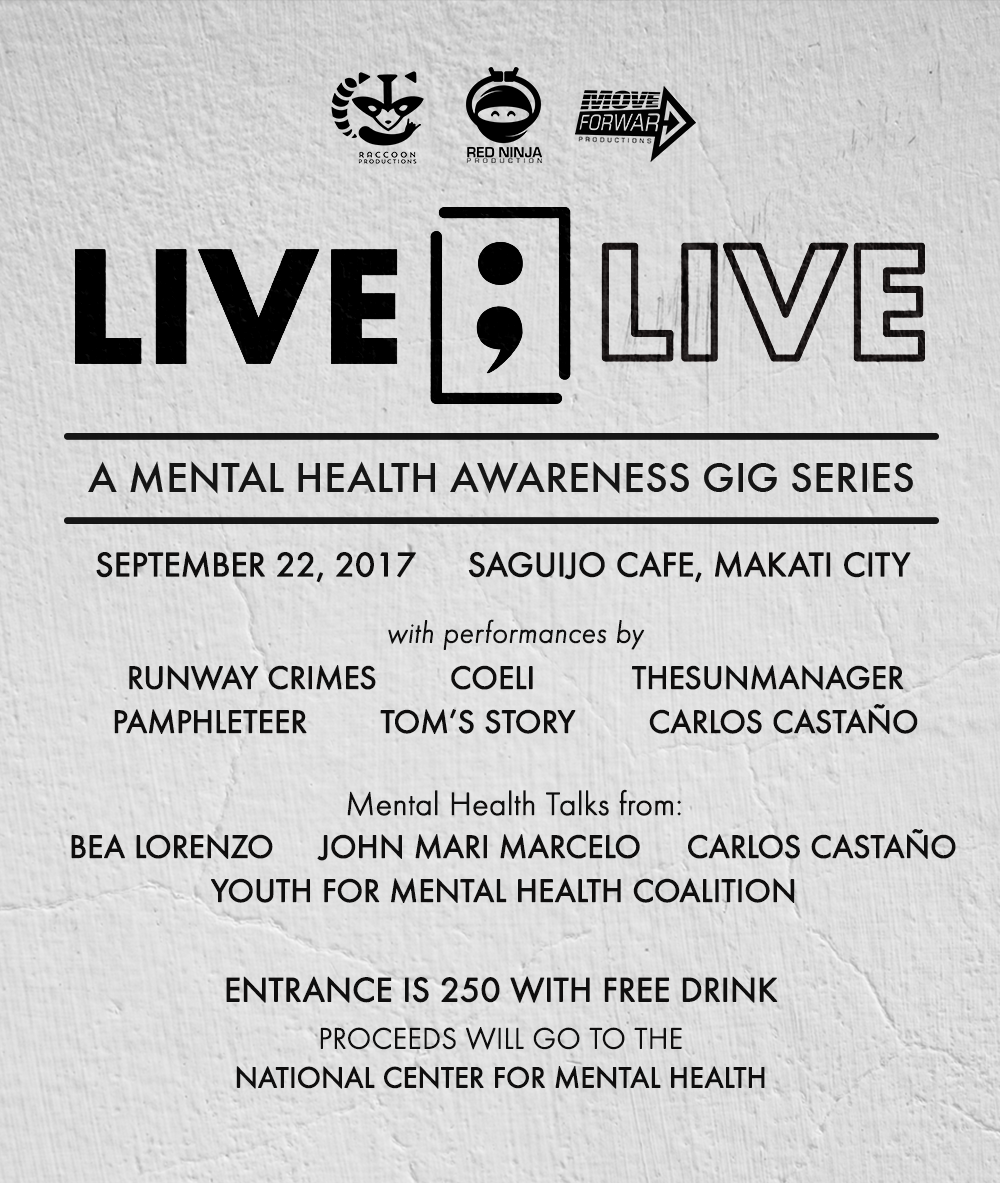