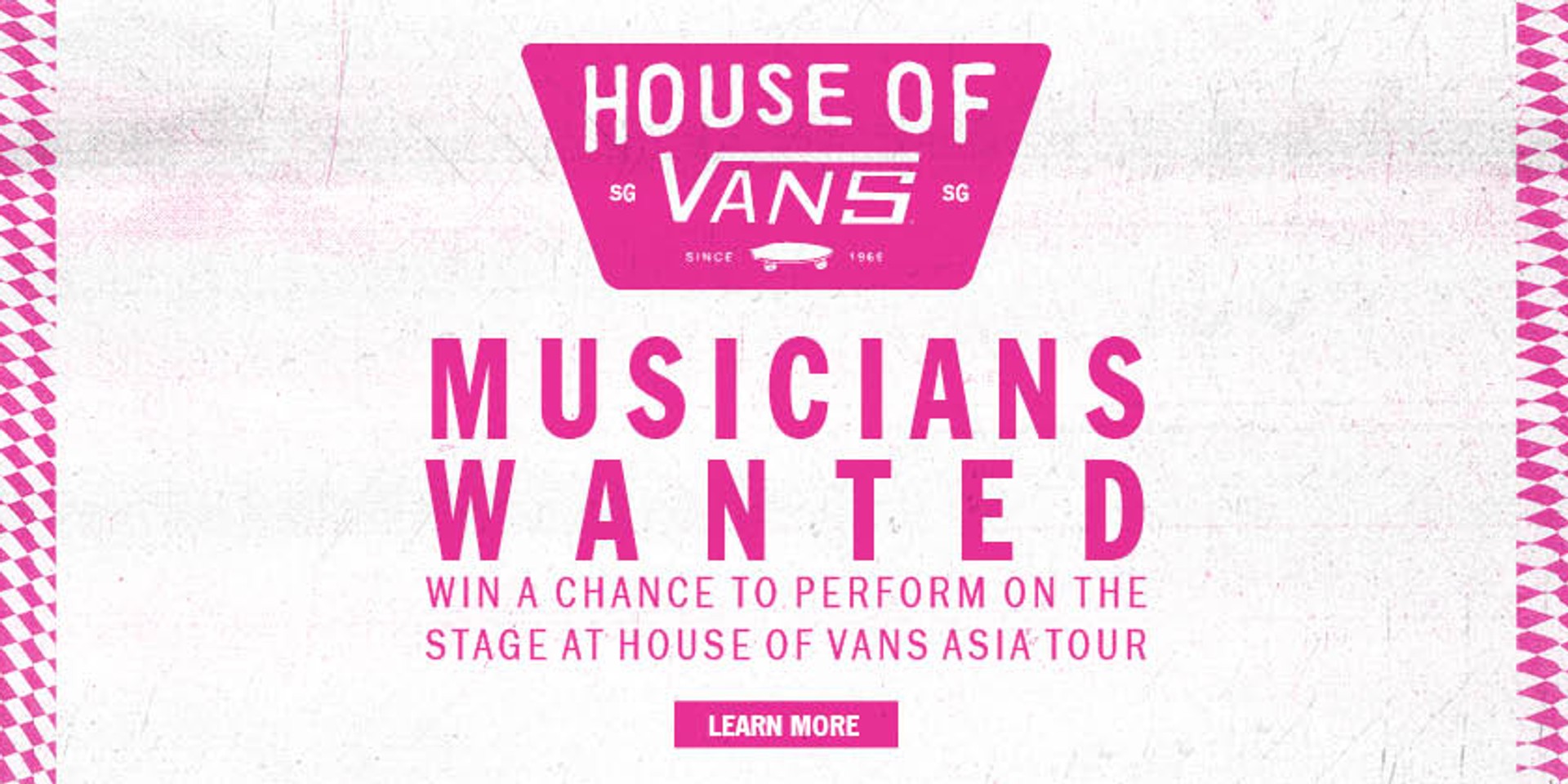 After the roaring success of their Musicians Wanted initiative last year, Vans will be bringing back their hotly-contested talent search once again on the lead up to House of Vans Asia!

As you may recall, Vans teamed up with Bandwagon to pick out the House of Vans finalists (which was eventually won by Generation 69), and this year's iteration will be no different.

Through the initiative, local musicians are invited to compete for a spot to perform on House of Vans Asia 2017, set take place this October at Guangzhou, China.

Interested participants can now upload your music to the musicians wanted competition for a chance to perform at the Hometown Musicians Showcase. The submission period has begun and will run until 17 August.

Subsequently, there will be an open vote where the public can select their favourite artist to send to the next round, where our esteemed panel of judges will be picking a winner to send to Guangzhou - expenses covered! 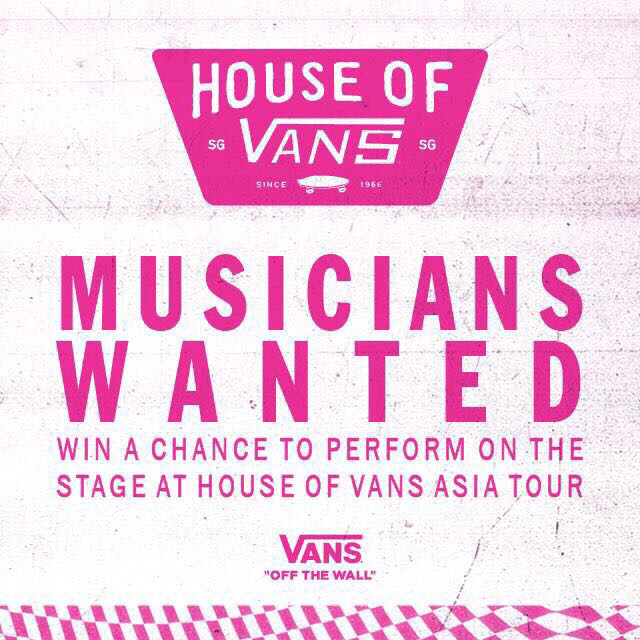