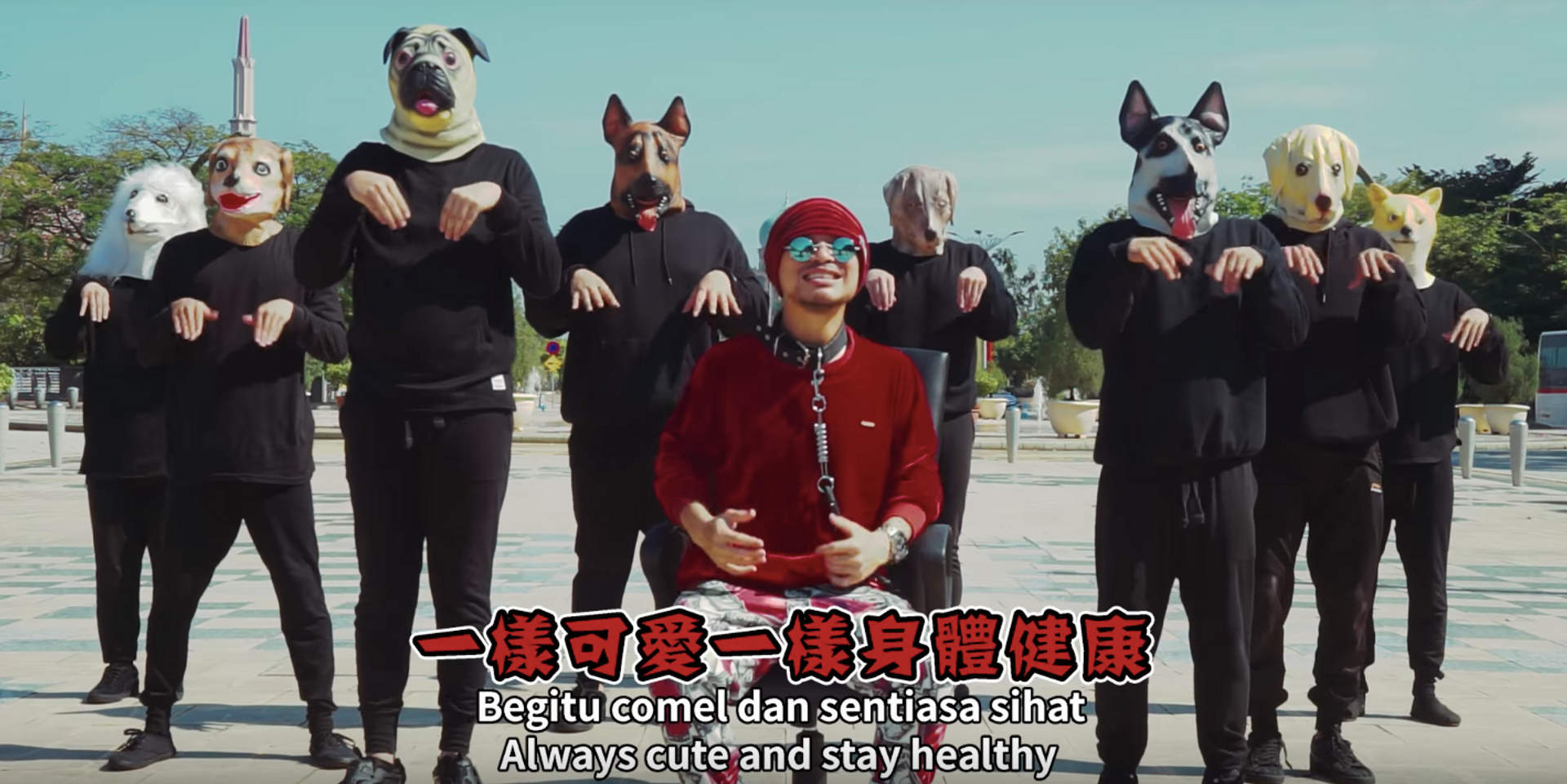 Namewee, the Malaysian-born Chinese rapper, was recently arrested following the release of the music video for his Chinese New Year track, 'Like A Dog'. He was released today after a 4-day remand.

The music video features Namewee rapping while sitting in a desk chair in the middle of a public square in Putrajaya, the federal administrative centre of Malaysia. The rapper is seen surrounded by dancers in dog masks as they proceed to mimic sexually obscene acts.

Namewee immediately faced backlash once the music video was uploaded online, stating that he was insulting Islam and damaging racial harmony. Notably, on YouTube the video has been categorized as an age-restricted video based on community guidelines.

It was announced that an investigation had been opened against the rapper following public complaints of his video damaging racial harmony and unity in the country. The following day, Namewee reported to police headquarters to aid in the investigations, and was detained for four days.

Namewee has since been released, with the investigation papers being sent all the way to the Attorney-General's Chambers (AGC), The Star reported. As of now, no further punishment has been decided, as government officials still discuss what to do with the rapper.

As of now, it is unsure if this will have an impact on Namewee's show in Genting next month, which is selling extremely well. Namewee, it must be said, is no stranger to controversy – his 2007 song for 'Negarakuku' was also accused of offending religious feelings and became the subject of debate in Malaysian parliament.

This story will be updated in the days to come, when further action has been decided upon.

Check out the controversial music video for Namewee's 'Like A Dog' below: