As the crowd continued snaking outside the doors of The Coliseum an hour after doors opened, the opening DJ kept the youthful crowd at bay with a brand of essential club music, a wise move I must add. In the sticky sweaty surrounding, it may be hard to establish and understanding for how OneRepublic could warrant a $128 ticket price and then subsequently sell out that venue; tonight is a remarkable feat. However, it also serves as a painful testament to the promoters severely underestimating the draw of the Grammy-winning band from Colorado Springs.

The crowd was anxious in wait and it’s been a testing wait for most, five years to be exact since their last appearance at Singfest ’08. The sun is down but the temperaments weren’t. The crowd jostles constantly for a good vantage point to view from; the curtains were drawn as the five-piece band positioned themselves in front of glaring spotlights to form ambiguous silhouettes on the soft screen. 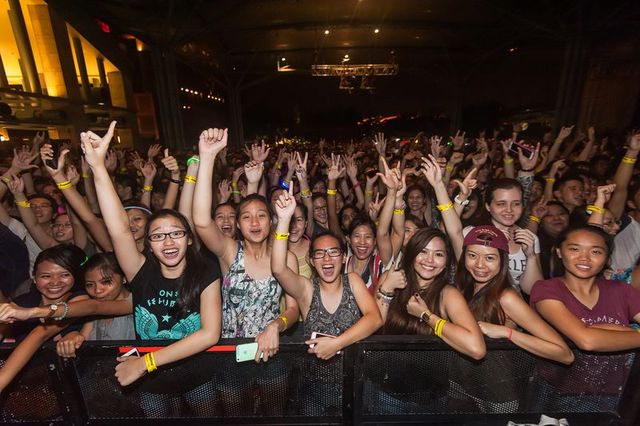 Even though most of the crowd was influenced following the success of Native and the club hits of ‘Counting Stars’, they were still in adoration of their favourites handpicked carefully. Ryan Tedder is here as messiah and the devotees are no tepid ones as he turns the crowd into a church choir singing faithfully, “Gonna give all my secrets away” before transiting into ‘All The Right Moves’

You may say OneRepublic are a five-piece band from Colorado Springs, but at times I see Ryan Tedder and band onstage; you can take out the One Republic in Ryan Tedder but not Ryan Tedder from One Republic. But to return to the rest of the band, the remaining four accommodated the lead singer’s soulful voices in brilliant form.

Model-turned-lead-guitarist-and-violist, Zach Filkins moved effortlessly between guitar and violia, and diverted the attention to his way when he embarked on a Spanish guitar medley before gracefully muttering “Gracias.” 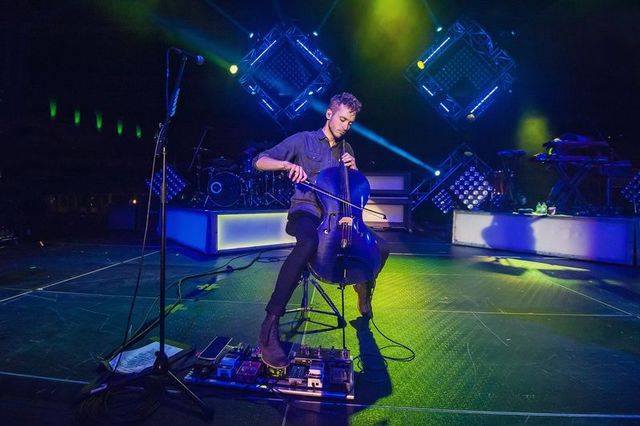 But it wasn’t the classics or the new tracks that stole the show, but the covers that shown Ryan Tedder’s talents were honed and well rehearsed for the two hours set. Stepping back behind the grand piano, there’s a grand awakening as he yells out the opening lines to Kanye West’s ‘Gold Digger’ in soulful style.

It was all sing and dance before things got serious, taking up M83’s ‘Midnight City’ and mashing it beautifully with ‘Good Life’. If you have any qualms of his talents, they are all thrown out of the window with this track.

‘Counting Stars’ was literally ground shaking as feet left the floor simultaneously to put the adorations into place. It really takes more than a good hook to encapsulate the mood, but ‘Counting Stars’ does more than that. As subtle as they might be, the song moves like a roller coaster, putting you through loops and spirals in the verse leading up before the chorus engulfs with a swooping drop. 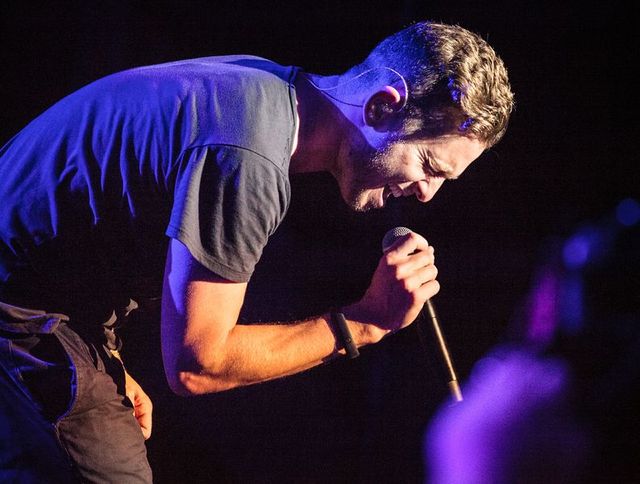 But it’s on 'Feel Again' that roosts comfortably above the rest, the automated clap response from the crowd fed the adoration-hungry band while the feel good vibes of the chorus coupled with heart tugging lyrics “And with you, I feel again” paid its dues. It was a perfect trade off.

The end was always near in sight, lingering but the pain was prolonged by the extended set. The way the crowd responds at ‘If I Lose Myself’, I could picture Ryan Tedder standing from atop, leaning back and closing his eyes as the outstretched hands and the streamers envelop his vision.

It is hard to imagine where OneRepublic will move to from here. Future clubbing hits or back to the basics with the ebonies and ivories? It is easy to fall through the cracks in such a different time and age; no one really has the answer aside from the man in blue, but our hearts will always be in tune when it comes to new music from Ryan Tedder.

Relive the night by the listening to the songs on the set list!