Okay that wasn't exactly how Robyn kicked off her Singapore debut. Nonetheless, when she strolled onto the Esplanade Concert hall stage coolly dressed in a sporty chic getup with a pair of sunglasses, the excitement among the crowd was palpable. Looking at how the night turned out to be, it was obvious how much the Swedish singer enjoyed being an electro-pop sorceress.

Even with the imposing presence exuded by the four supporting musicians dressed in white lab coats, the singer still managed to radiate a large stage aura despite her pixie stature. Danced all night she did - and her dancing repertoire included a lot of spinning, some shuffling and a move best described as 'Flying Lotus'. Indeed, she was leading a fine example for the crowd to get their groove on. Her opening anthem for the night? "We Dance To The Beat". The night was to be dominated by songs off her previous two albums: Body Talk and Robyn, both of which were electro-pop heavy. 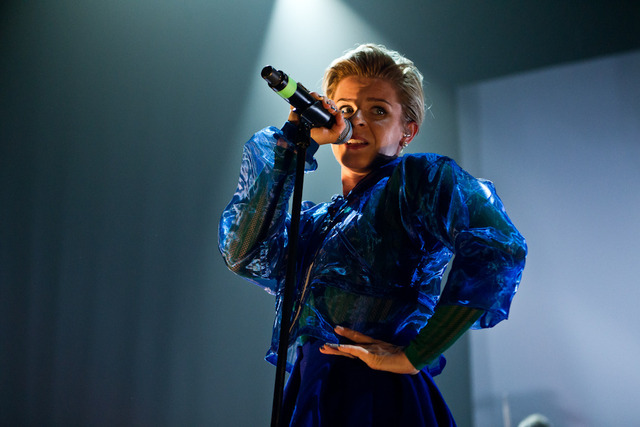 The singer did an outstanding job in transforming the Esplanade Concert Hall into a large dancehall. It was unfortunate that the venue was not the best environment for Robyn's thumping beats. The mostly 25-35 year old crowd wanted to let loose, only to be constrained by the fixed furnishings of the concert hall. While the epilepsy-inducing strobe lights did help a little, the Robyn experience would have been elevated had it been held in a smaller, club-like venue. It would immensely enhance the intimacy between the 32-year-old singer and her audience.

Not that intimacy was lacking on that night. In fact, the songstress did interact a lot with her audience. Apart from the occasional handshakes, she stood on the edge of the stage on one foot with her arms spread out, feigning imbalance on top of the audience. There was a fine moment during "Fembot" where as she sang "I got a lotta automatic booty applications', she lifted up her skirt to reveal her green tights. Very cheeky indeed. 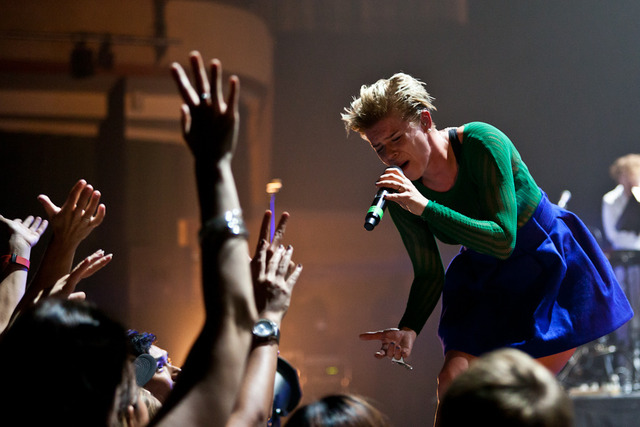 Her sense of humour was again reflected in her banters with the audience in between songs. Whilte the "swedish reggae system" was getting fixed before the song "Dancehall Queen", she mentioned some famous Swedish acts such as Ace of Bace and Neneh Cherry, asking if we knew any of them. She even joked that Neneh Cherry was her "house goat".

Despite all the mischief in songs like "Fembot", "Cobrastyle" and "None of Dem", there were also songs such as "Dancing On My Own" and "With Every Heartbeat" which spoke of heartbreaks with a lot of sincerity. While many of her songs are filled with heavy beats, Robyn's vocal prowess remained apparent throughout the set. This was especially so in "The Girl and The Robot" and "Indestructible"; both were full displays of her dynamic vocal range.

Given how much effort the singer placed into her performance, it was inevitable that the crowd demanded for an encore. Even after "Be Mine!" and "Call Your Girlfriend", the applause slowly turned into a call for a second encore. Robyn graciously obliged, closing the night with a stripped down version of her 1997 hit "Show Me Love". It was an unexpected yet perfect end to an electrifying 80-minute set. 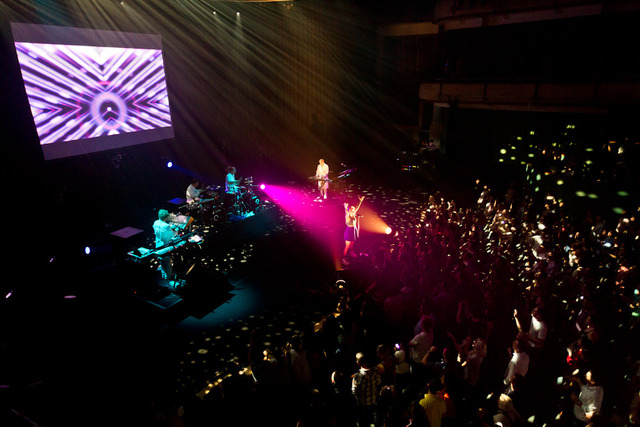 It'll be a while before Robyn releases her next album and visit Singapore again. Perhaps she'll make a victorious return as a dancehall queen. Perhaps she would have transformed herself again. One could only hope that she keeps the larger-than-life passion she has for her music close to her heart.