Riding on the success of previous efforts in supporting Caracal and I Am David Sparkle for their overseas tours, Home Club once again plays host to another fundraiser, this time for progressive hardcore band Paris In The Making, featuring other local bands of diverse genres and influences. The funds raised will be used for Paris In The Making’s Southeast Asian tour - as a supporting act for Japanese band, Heaven In Her Arms in their Kuala Lumpur and Singapore gigs before making their solo run through Indonesia.

The event only started proper at 4-ish, despite the stipulated event timing of 3pm. There was a certain sense of community, seeing that almost all of the people who came down were already acquainted with one another. The solidarity that these indie music fans had was unquestionable, and it’s always good to see them putting their backs into supporting good local music. 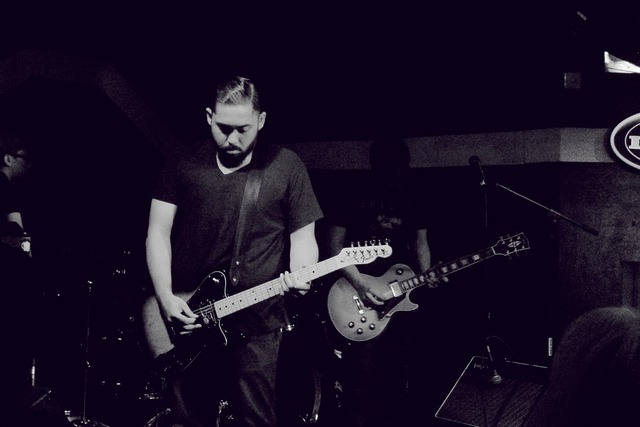 Local post-rock heroes, I Am David Sparkle kicked off the fundraising show. The instrumental band, who were the stars of the music documentary “Ignore All Detour Signs” (great film by the way) showed us why they remain one of the most relevant Singaporean bands around. They kept the crowd mesmerized throughout the set, starting off with a tender, cathartic track (Everybody Loves Somebody) - perhaps as a fitting tribute to a recently passed friend of theirs, Cowan, a bassist for the disbanded indie rock outfit Return To Fall. As the set went on, the band steered towards a darker melodic territory and played the heavier tracks from their latest album Swords. The usual idiosyncrasies of a David Sparkle show were present; an impeccable performance from the band and an audience deep under their hypnotic spell, nodding along willingly to the music. Seriously, anyone worth their musical salt should watch them perform live at least once. 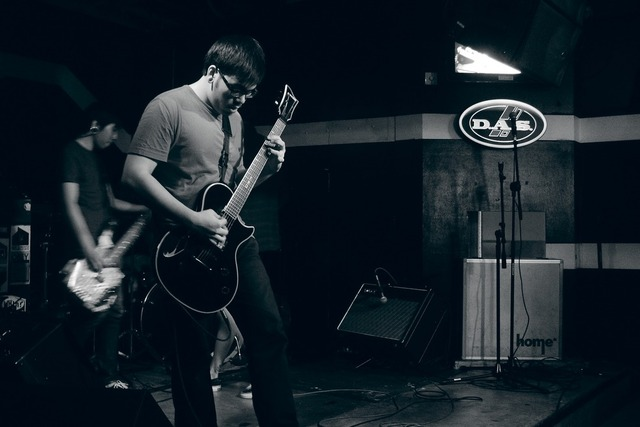 The next band Ruins & Remains was a change of pace from the mesmeric tunes of David Sparkle. The four-man band played metalcore music reminiscent of popular metal acts Bring Me The Horizon and Suicide Silence. Considering there was only one guitarist and one bassist, their sound was surprisingly full textured, and they came fast and hard (don’t you dare say ‘That’s what she said’). The vocalist was energetic in his movements but the rest of the band weren’t so, and that could have improved their performance. I thought there was nothing extraordinary about the band (typical modern age metal/post-hardcore), but I enjoyed them nevertheless. 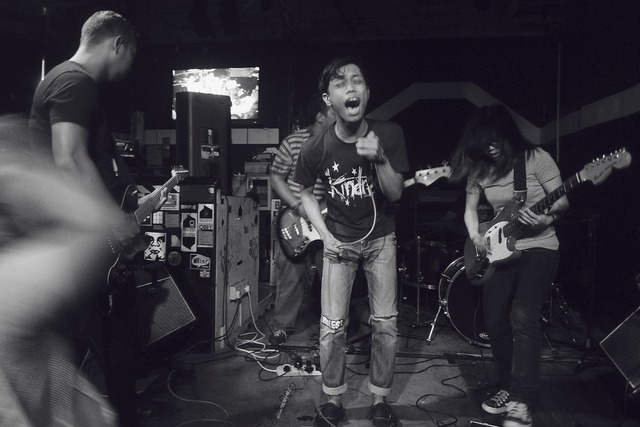 Yumi was up next, playing music that brings to mind skramz revival bands Sed Non Satiata and Raein. For those not in the know, skramz refers to the genre of true screamo, much like the style of 90’s emocore bands Orchid, Saetia and Hot Cross. Most of these old bands have faded away but there’s a very vibrant revival of the scene going on in Europe right now. Think screaming vocals, atmospheric instrumental harmonies with a punk urgency. It was my first time seeing them live, and I must say they’re really good. The sincere, heartfelt yelps of the vocalist combined with tight musicianship and the quiet energy they exude were all traits of a quality skramz band. Somehow I imagine they’d be at their happiest playing in a small, dimly lit room filled with fans shouting their lungs out along to their songs, the lyrics of which they’ve learnt by heart.

Another instrumental band stepped up on stage: Navire Creux. They were more of the post-metal and mathcore persuasion, with all four of the band members showing incredible technical abilities in their musicianship. The drummer was especially outstanding - hitting the kit in precise patterns that serve well in fueling the harmonic energy of the other instruments. This is true for all instrumental bands; a competent, confident drummer is the basic requirement to drive the melody forward. The absence of vocals demands that the instrumentation has to step up a few notches to paint the proper emotional soundscape. Navire Creux manage to achieve this, and even went to the extent of writing their songs towards an epic, ambitious feel. 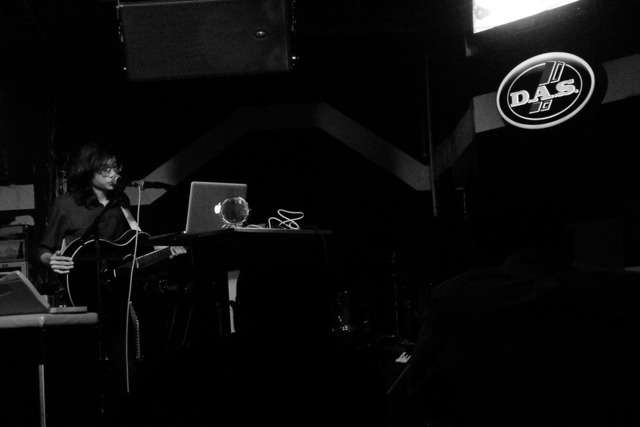 Sleep Easy, a solo project of Amateur Takes Control’s bassist Isa Ong, made an appearance that was a total powering down of all the energy built up in the last few acts, providing a brief respite before the main band. His stage was set for a dreamy, soothing ambience complete with mirrors and dim lighting. The multi-talented dude used all the instruments he had at his disposal (guitars, xylophone, tambourine, Macbook) and recited his own poems in between songs to go for that arty, beatnik vibe. His music was one of a gentle experimental sort and even played a tender cover of Stars’ Your Ex-Lover Is Dead. It was all calm and quite literally Sleep Easy. 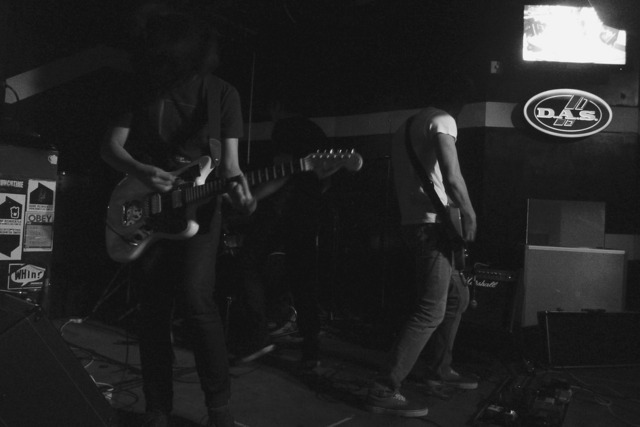 Paris In The Making finally came on after that, and their set was the one that finally brought in a proper sized crowd for the fundraising show. The band members were visibly excited for their set and a lot of effort were put in to ensure their performance would be immaculate; the guitar effects were tested a few times, the microphones went through several sound checks and a macbook was plugged in behind the drummer (although I wasn’t sure what purpose it served). As soon as they started their first song, the audience was instantly captivated by the whole texture of their music - simultaneously heavy and melodic. The powerful, dissonant growled vocals contrasted with the delicate post-rock like instrumental compositions, and yet they seem to complement one another (a sound very familiar to fans of Envy and Heaven In Her Arms). I felt an epic, hopeful tone in both their songs and performance, and the crowd probably did too as well, seeing from how they were completely caught up in the music.

Before playing their last song, they expressed earnest gratitude for the all the support they’ve received and ended the show appropriately with the epic Black Clouds Across The Astral Skies. And with that final ethereal note still ringing in our ears, we bid godspeed, adieu and bonne chance to the boys of Paris In The Making. 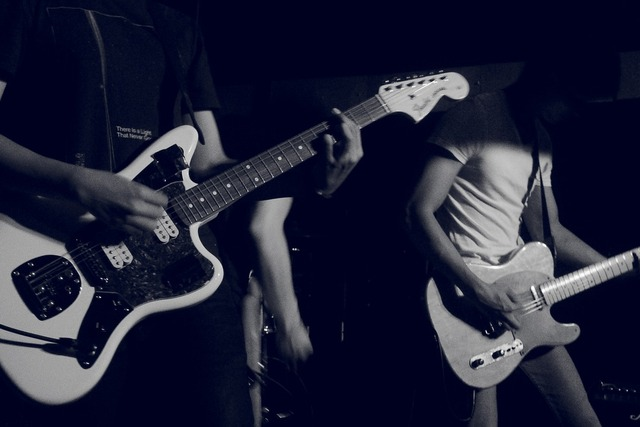