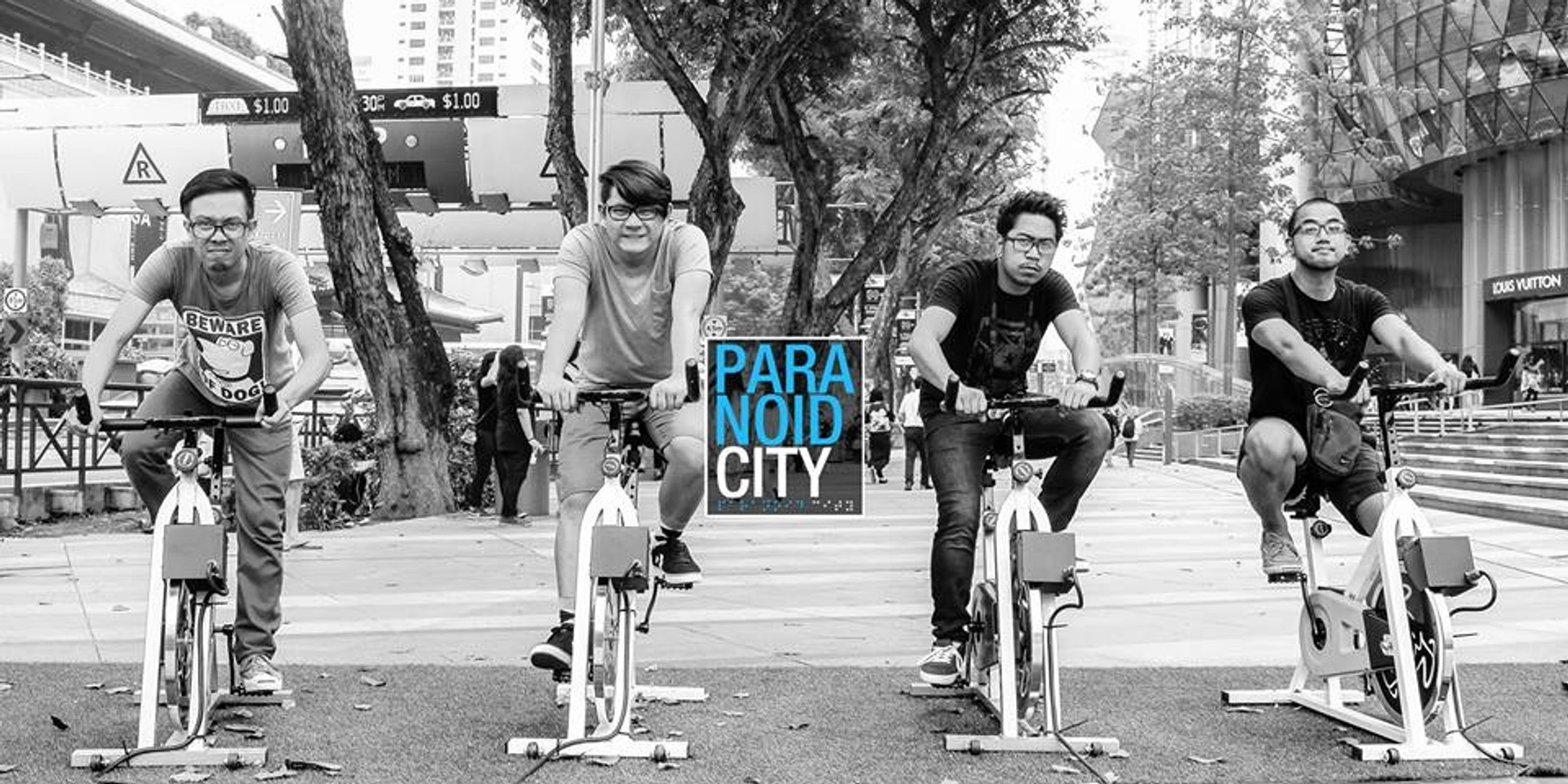 Manila synth dance rock band, Paranoid City is embarking on a mini regional tour next month, with stops in Singapore and Malaysia. This will be the group's live debut in KL and their second appearance in Singapore, following their stint at 2015's Rockin' the Region with Brisom and Birdforms.

We speak to Japo Araneta (keyboard and synths) about preparing for their upcoming overseas shows, including surprises for their fellow synthizens away from home.

How are your tour preparations coming along?

Japo: Our band is so excited right now about our mini-regional tour this June. We've been preparing for it by writing new songs and rehearsing our setlist. We wanna try to give our first-time audience a fun synthpop experience. We try as we can to try and show everyone that Paranoid City's not just a band, it's a shared experience for both the band and the audience. We'll also finish things with a fun covers set in SG that the Titos and Titas will love.

Do you guys have anything special planned for your fans in the cities you'll be visiting?

Japo: We're currently making something special for those who would care to support us (AKA: "SYNTHizens"). It's gonna be an exclusive treat for our friends outside of the Philippines. I don't know if it's still early to say this but, aside from our special exclusive surprise, we also did a collaboration with some of our friends in Malaysia. We'll just let them announce it first.

Watch Paranoid City perform 'Here We Are, Here We Go' at Esplanade's Rockin' the Region:

Paranoid City will be performing in Kuala Lumpur for Laundry's Asian Connection with local acts Couple, Skits and KissKillMary on June 23, 2016. Details here.

The band makes their Singapore stop on June 25, 2016 for a show with Requiem Rising at Blowfish Bar. Get tickets here.