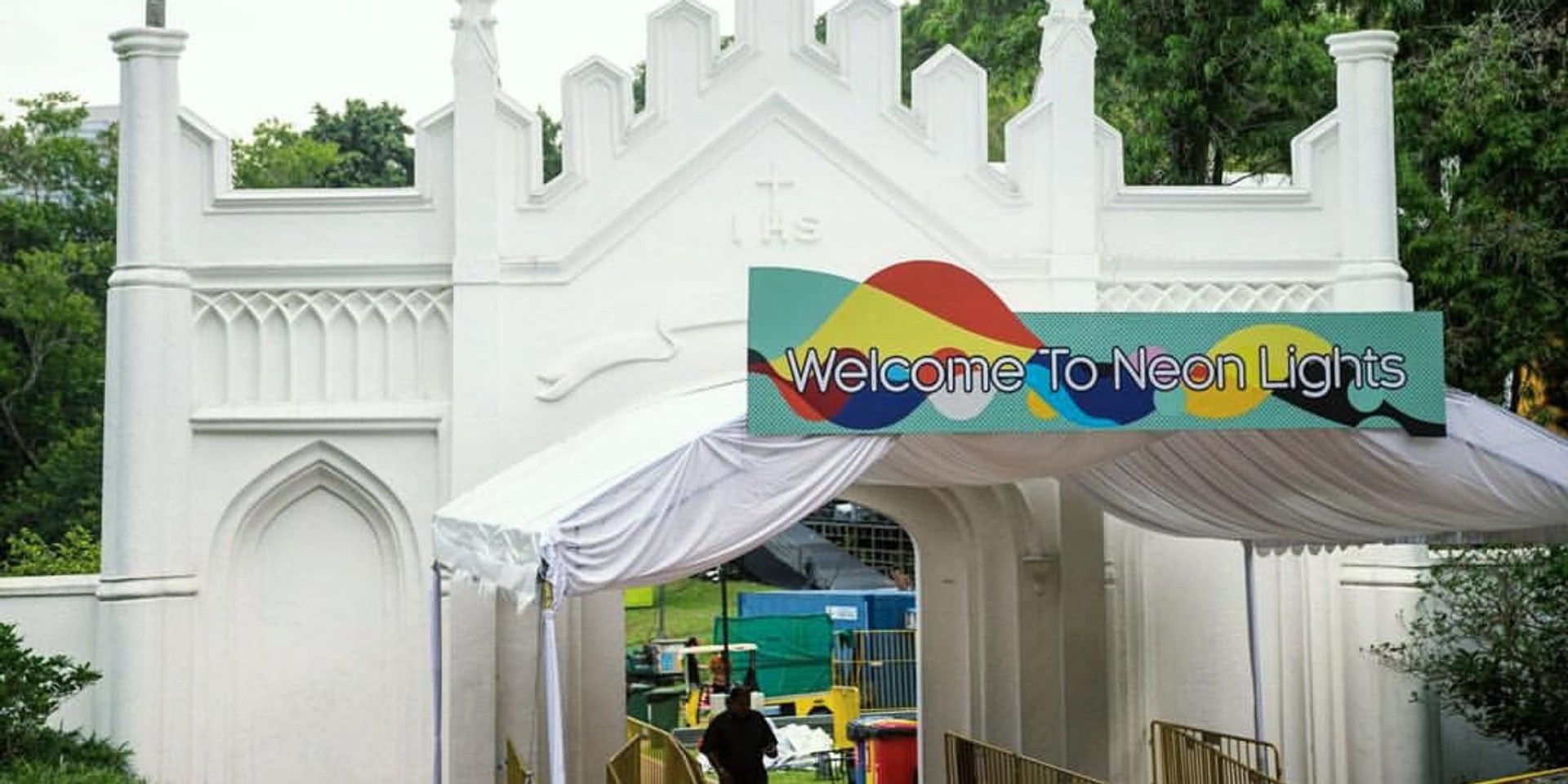 Neon Lights 2016 is still three weeks away, but the excitement is already pretty palpable.

As many of you already know, their line-up for this year's sophomore iteration is pretty insane, top-lined by huge international acts like George Clinton & The Parliament-Funkadelic, Yuna, Foals and Crystal Castles - alongside local stars like Linying, Gentle Bones, Cashew Chemists and .gif.

And we haven't even gotten into the over 150 artists, DJs, poets, performers and musicians they've added onto their side stages.

But as with all major festivals, especially ones as stacked as this, clashes are always a concern. So its always helpful when attendees get to plan their schedule ahead of time to get the most bang for their buck.

In light of that, the gracious organizers at Neon Lights have released the programme for their two main music stages pretty early, giving you guys a chance to carefully consider who you want to catch and how long you want to catch for, before rushing along the length and breadth of Fort Canning Park to catch the next big act.

As far as we can tell, the biggest clashes are slated for the first day as Foals conflicts with SBTRKT and 2manydjs conflicts with Crystal Castles. But for the most part, their programmers have been pretty smart about leaving gaps in the schedules for fans who are determined to catch everything.

The schedules for Neon Lights for other stages will be announced next week, but in the meantime, take a peep at the time table for the main two stages below. 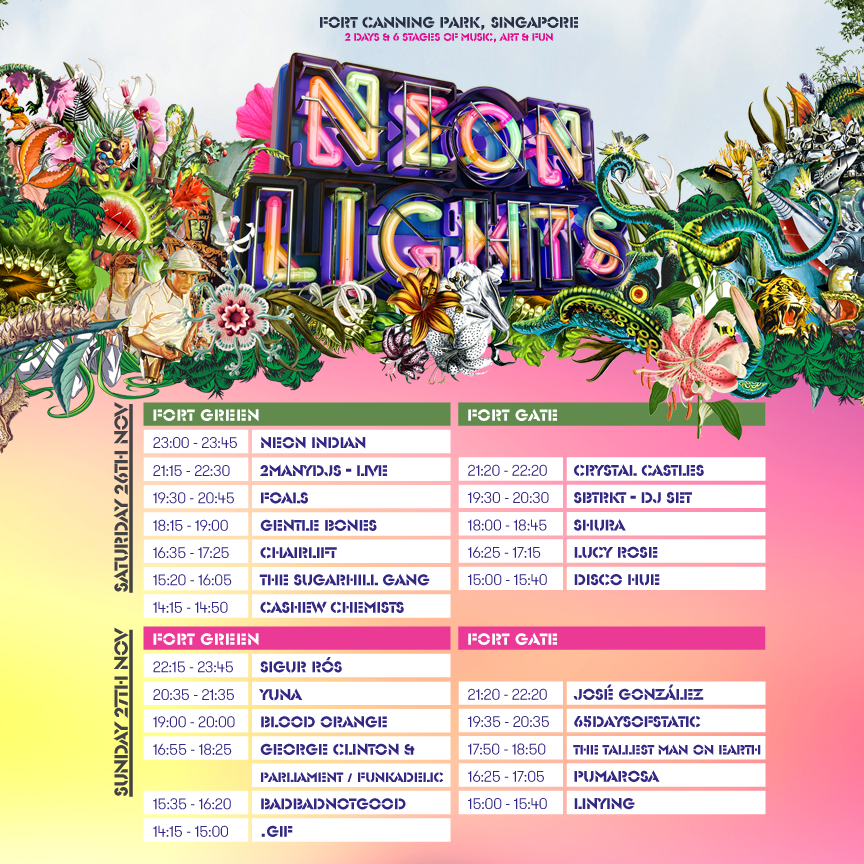 Neon Lights have just released the full timetable for their arts programme too! Taking place simultaneously alongside the Fort Green and Fort Gate schedule, the side stages feature a wide range of talent ranging from spoken word poets like Jennifer Anne Champion and Deborah Emmanuel to DJ sets from collectives such as Darker Than Wax and Lion Steppaz Sound, among many others.

Check out the complete timetable for both days below. 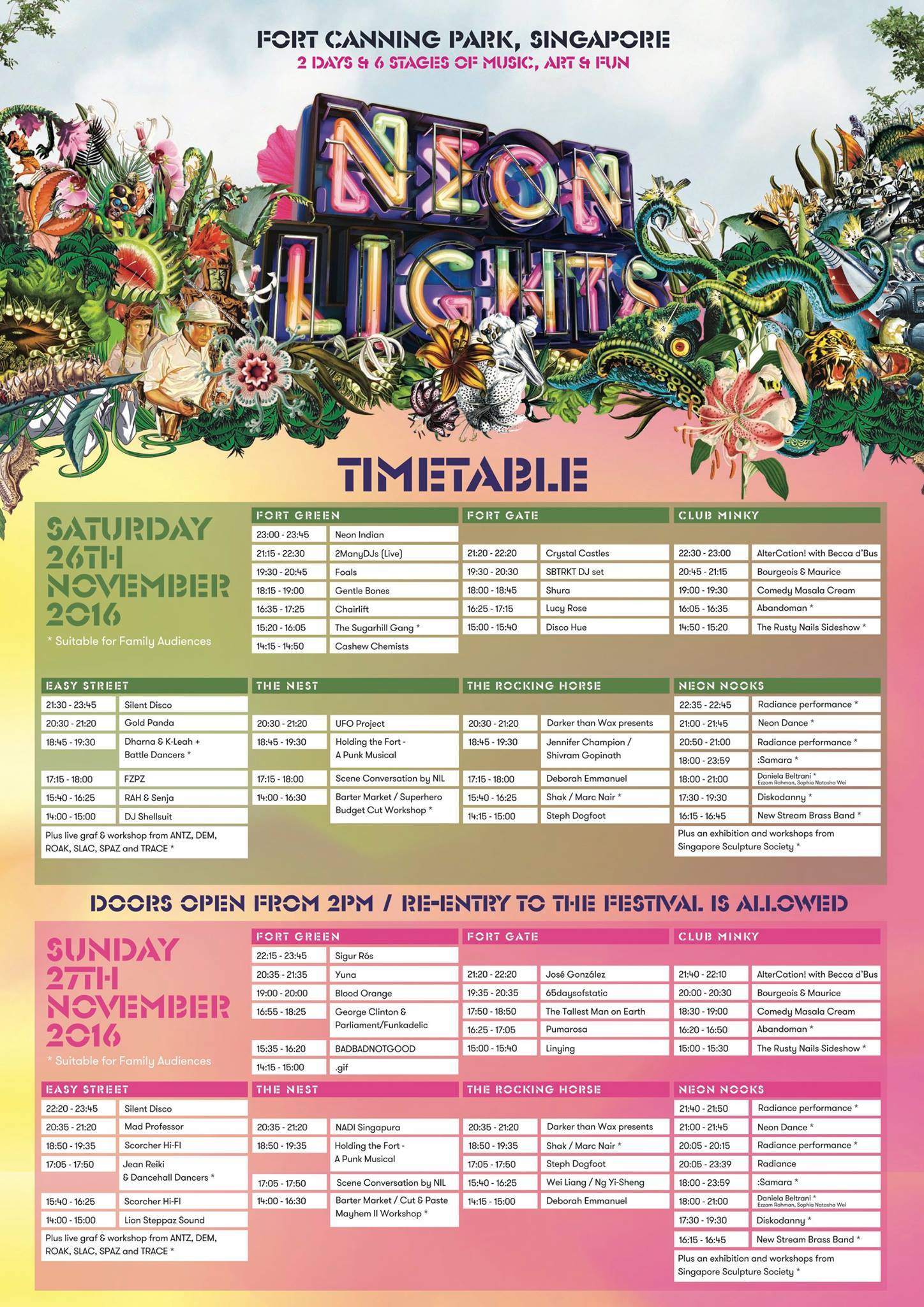