Emboldening cross-genre, cross cultural, unfettered music creation and collective improvisation, Playfreely organised by The Observatory and in collaboration with Ujikaji Records returns this year - and this time at an exclusive new venue.

Accommodating the two-day music experiment is spanking new venue, The Projector. The converted space was once cinema halls of the historic Golden Theatre at Beach Road. Over the three days, expect to see fresh new ideas, impromptu collaborations and a journey into musical education.

The two-day programme will feature two parts: Part 1 starting on 28 January will showcase live scoring to short films by Charles Lim. Far East Network (FEN), an experimental music quartet will be on hand to soundtrack the films. Part 2 resumes on 30 January and will feature an exciting new component, The Playfreely Ensemble, led by Japanese composer and multi-instrumentalist, Otomo Yoshihide. The ensemble is made up of local, regional, and international musicians and they will be working together to exchange, explore  and work on ideas for a final outcome in the form of a live performance.

Here are the musicians involved: 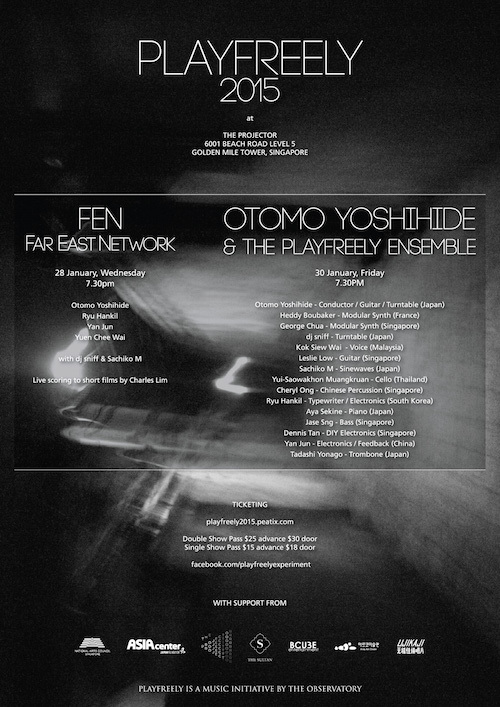