We're serious when we say that Carly Rae Jepsen has grown up.

Yes, we're already aware that she's well above 21 or that she has more songs than just 'Call Me Maybe'. Ever since her album Kiss broke through the charts with her ubiquitous single, we brushed her off as just a one-hit wonder, a pop star riding the coattails off one massive hit that would supplement her paychecks until she's 45.

As meme-able as the song could get, it seemed that Carly Rae refused to remain dormant after a big single and she's stepped up with her new album E•MO•TION. She's rounded up an impressive roster of producers and songwriters, including Blood Orange aka Dev Hynes and Vampire Weekend's Rostam Batmanglij, along with a brand new aesthetic that wholly incorporates 80s synths and a precocious exuberance that fits right home in the rise of poptimism. Carly Rae performs pop music, the kind that adheres to its traditional rules but finds new ways to have a lot of fun with them.

As if writing a deliriously infectious pop song isn't enough, she just had to include Tom Hanks in the music video. Stop making us really really like you, Carly.

Even as she revs up for the album's release later this week, MTV has already announced her live debut in Malaysia as part of MTV World Stage, one of the channel's most enduring live specials. In true 21st century gleeful fashion, Carly Rae says, “Vacation in Malaysia?! [party popper emoji] I can’t wait to meet my fans there. I am looking forward to being part of the party at MTV World Stage Malaysia 2015. It’s going to be pretty spectacular!"

She'll be joined by K-pop group Apink and renowned Japanese pop rock band SEKAI NO OWARI at Surf Beach, Sunway Lagoon on September 12. The show will also be recorded for telecast and MTV will be revealing more acts along the way. Meanwhile, we'll be preparing our party popper emojis. Can't wait.

Check out what we had to say when she performed in Singapore back in 2013, alongside Cee Lo Green and Aerosmith (yeah, we're still wondering how that happened). 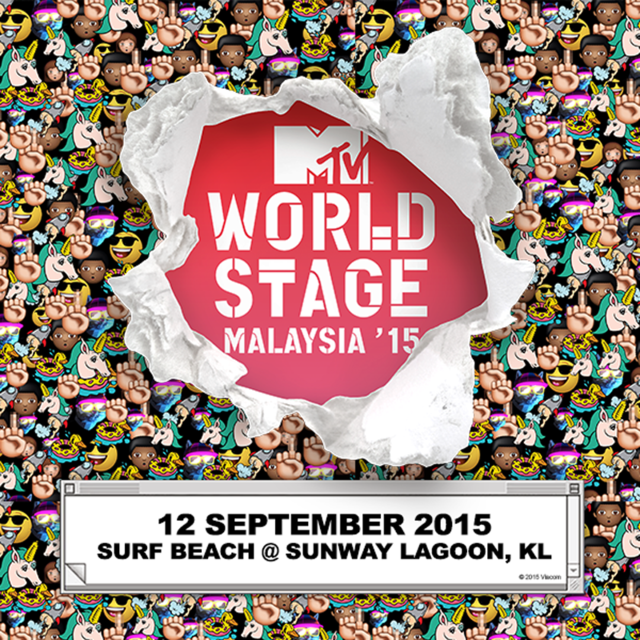