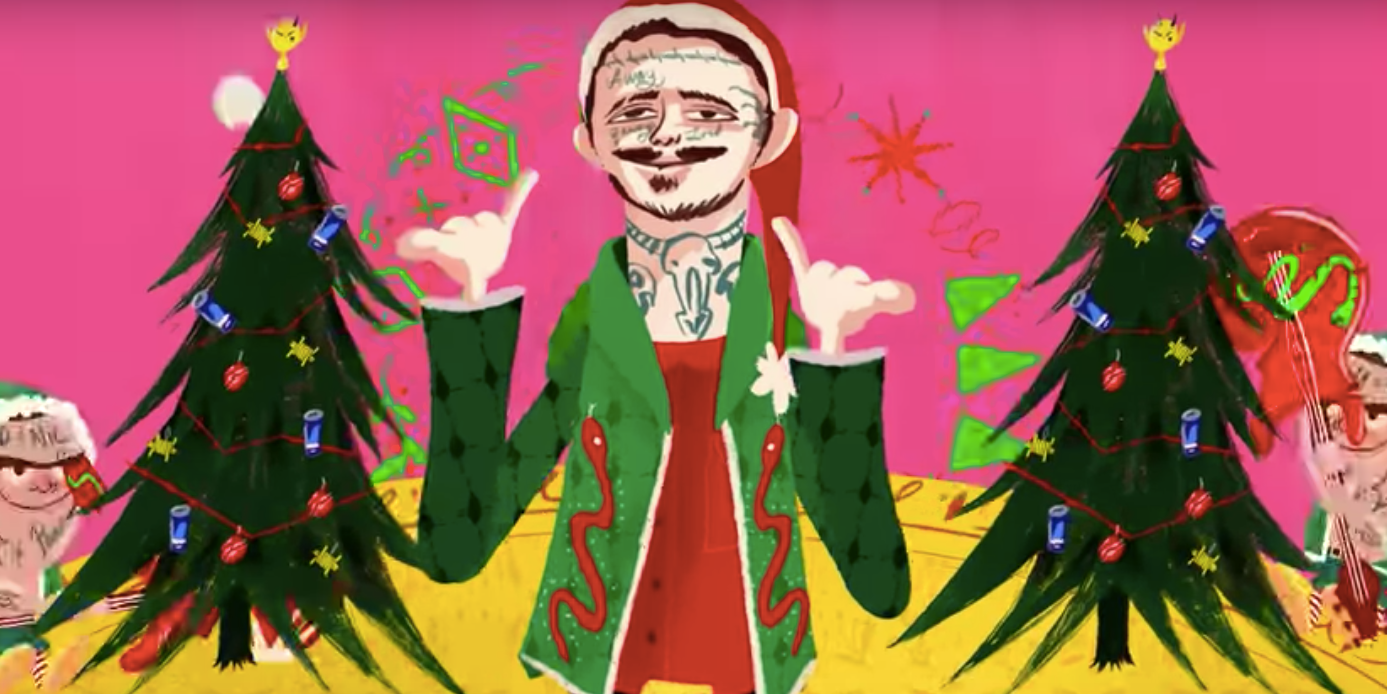 In mid-December, he announced on Twitter that he would drop a song before the year ends. And with 'Wow', he rightfully fulfilled this promise. Animated holiday visuals which feature him, Santa Claus and his elves, complete with his iconic face tattoos, accompany the newly released track.