On a fine day in February, we decided to blindly buy tickets to catch toe in Bangkok. Next thing we know, Godspeed You! Black Emperor was announced to be playing in KL and we got tickets to that too. And then there was a flurry of booking flights and accommodation and now we're going on a trip. We’re that crazy.

And so the time has come for us to embark on this journey. But before we bid everyone ‘Fare thee well’, we’ll ramble a little on the importance of these two bands. 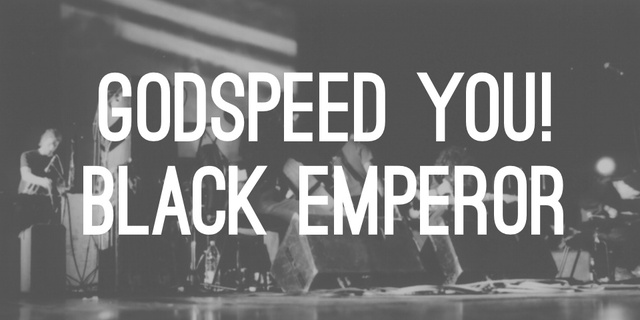 As mentioned in our post-rock feature yesterday, the genre generally upholds dramaticism as a key feature. And if theatricality defines post-rock then Godspeed You! Black Emperor over- delivers, period. Going to a Godspeed show is not a simple live music affair - it's an experience that's best described as getting your soul ripped apart by Valkyries.

As one of the monumentally defining bands of the genre, it's really only natural to be nervous pre-show. Their songs, nay, compositions are pure feats of art - a different plane of musical existence per se. Sonic crescendoes take their time to build up, with melodic themes that ebb and flow patiently into your consciousness and make you realize just how small you are in relative to the cosmos. Everything is shrouded in fogs of drone and ambience - dissonance distorts the psyche.

It's a full on multimedia experience - a Godspeed show will consist of at least 8 musicians of varying electric/acoustic instruments on stage and from what we've heard, 4 units of 16mm film projectors for stunning visuals. The hypnosis of overwhelming aural and visual sledgehammers borders on religious ecstasy - a sense of reduced external awareness and expanded interior mental/spiritual consciousness.

It is simultaneously glorious and devastating. But what their music does is lift you off your knees, establish acceptance with your state of affairs, and push you on to greater heights. Don't bend, ascend.

(Sorry I can't go on anymore; just thinking about the fact that I'll be at a Godspeed You! Black Emperor show in a few more days makes me break out in fitsskaljpoiqonbvvklt) 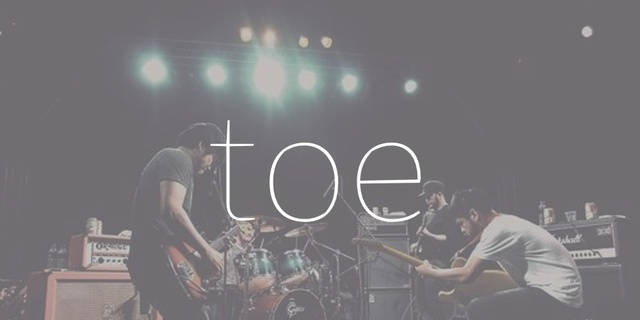 Although we’ll probably never get over the face-melting show that will be Godspeed, this post-rock journey has to go on. And in another city! For those lucky enough to catch toe at Mosaic last year (luckier if you went to both shows) would attest to how amazing they are live. This math-rock outfit from Japan have been churning out highly rated shows consistently and racking up quite a huge fan base – it was really nice to see European fans gush about the band on the tour DVD documentation.

When toe takes the stage, nothing else matters. They play in a circle-like formation, sticking close but still never stationary. Most importantly, they enthrall their audiences with their distinct sounds, fusing complex changes to repetitive rhythmic movement with smooth melodic riffs, drawing influences from jazz, rock and beyond. Best thing, the music presents itself simply enough, with minimal vocals and lots of rhythm manipulation to satisfy listeners with complex tastes.

And that’s the thing about toe. The very first time I listened to toe, I was pretty sure I had never heard anything like it before. This instant chemistry and hours spent sitting on the floor with housemates listening to toe (finally – common interests) and eating Indomie made the first time I watched toe live a very special historical moment for me. They were rocking out like it’s mad loud set, we were mesmerised. Best combination ever.

Sure it may not be the same as the first time watching them but being in Bangkok, front row to one of the best bands ever sorta warrants for a hypnotic night at The Scala and I intend to fully participate.