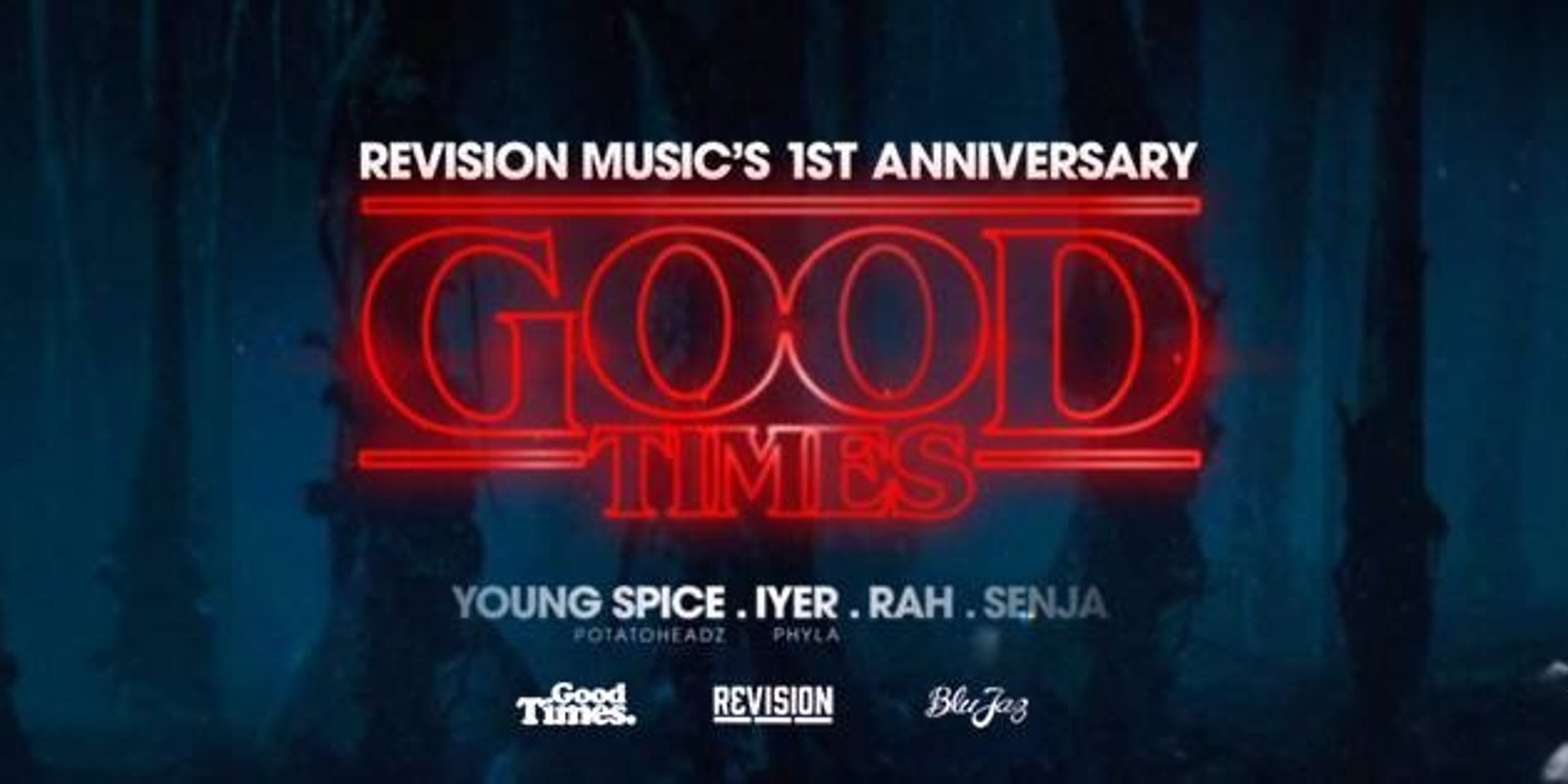 With a full year of hip-hop, drum & bass and Afro-Carribean vibes under their belts, music and events promotion brand Revision Music have certainly done much to establish themselves as feel-good force within the Singaporean underground community over the last 12 months.

Having done events all the way from Bali, Indonesia to Bali Lane, the Revision crew are now set to return to the site of their very first party last year (headlined Belgium's Azer) for their huge first anniversary party!

Yes, a month after they themselves celebrated their own 8th anniversary, the folks at Good Times will soon be hosting Revision Music's birthday bash on the first Friday of September - and the lineup looks like it's set to be something special.

Anchored by husband-and-wife founders Senja (aka Nez) and RAH, the night will also feature a couple of very special guests in the form of Phyla Digital bossman iyer and Potoheadz's Young Spice!

Well-known to Singapore's bass scene, iyer will be making his triumphant return to the familiar Blu Jaz decks after moving abroad in recent years. Similarly, Australian beatsmiths Young Spice will be represented by Singaporean member Leon The Professional who will be making his eagerly anticipated return to Good Times after his well-received Hidz FM Vol. 2 outing last October.

Expect everything from Afrobeat and hip-hop to jungle and footwork from the these quality selectors. Check out Bandwagon Mixes from everyone on the lineup to below to get a taste of what's to come.