Rico Blanco is playing a rare piano set this October.

The iconic Filipino singer-songwriter will be appearing at Tipsy Pig Gastropub in Timog, Quezon City on October 15 (Tuesday) for a special intimate set. Never the Strangers and The Good Times are also slated to perform.

last bar gig i accepted was way back 2016 so m excited abt this tuesday’s intimate set - no shouting, loud guitars, no jumping & dancing - just me on the piano, a bassist & drummer, my songs & some stories in between. tipsy pig timog tues 10pm w @ntstrangers & @thegoodtimesmsc pic.twitter.com/rbKNh2dFsy

Blanco recently released his 2008 record Your Universe on vinyl for a special anniversary press and collaborated with the likes of IV Of Spades, Joyce Pring, and Maris Racal. In August, the 'Antukin' singer shared the stage with IV Of Spades for their first  co-headlining concert at the Metrotent Convention Center in Pasig City. He is also releasing a new collaboration with Julie Anne San Jose this Friday (10/18). 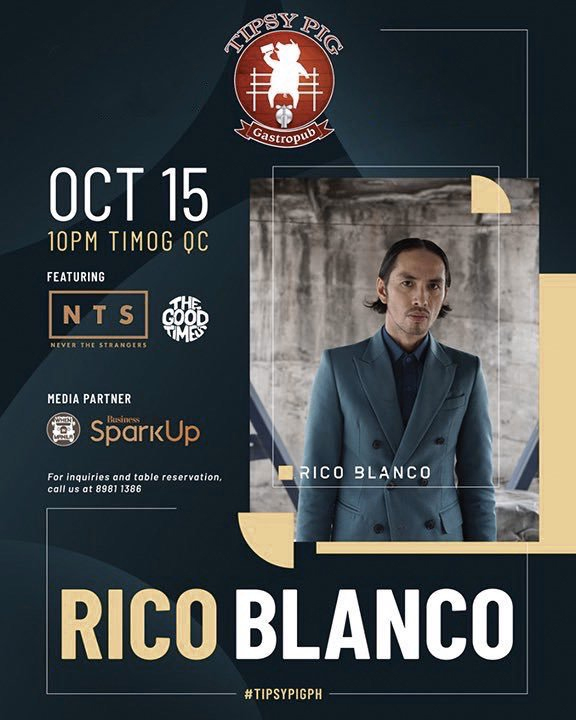 Watch the official music video of Rico Blanco's collaboration with IV Of Spades 'Nagbabalik' below.