This tour by Dr. Martens is shaping up to be an exciting one!

While the previous shows by the footwear brand have featured breakout acts in indie rock, they've one-upped the stakes this time by inviting some of the most exciting bands in Asia. In Singapore, electronic sophisti-pop group Riot !n Magenta (R!M) will be gracing the stage at arts venue 72-13.

Headlined by British indie rock band Circa Waves, the Dr. Martens Stand for Something Tour 2015 will be taking in bands from various Southeast Asian cities for the first time in the tour's history. Jakarta-based group Elephant Kind will be representing the city in the tour's stop in Indonesia while celebrated rock band Up Dharma Down will do the same in Manila.

"Possessing a raw and visceral presence, R!M’s live show for Stand For Something Tour 2015 will ignite the stage with their meticulously layered sound and emotionally charged performance," says a spokesperson for Dr. Martens.

No purchase is necessary, limited to two tickets per person. The show will only permit patrons 18 and above only. Sorry kids! 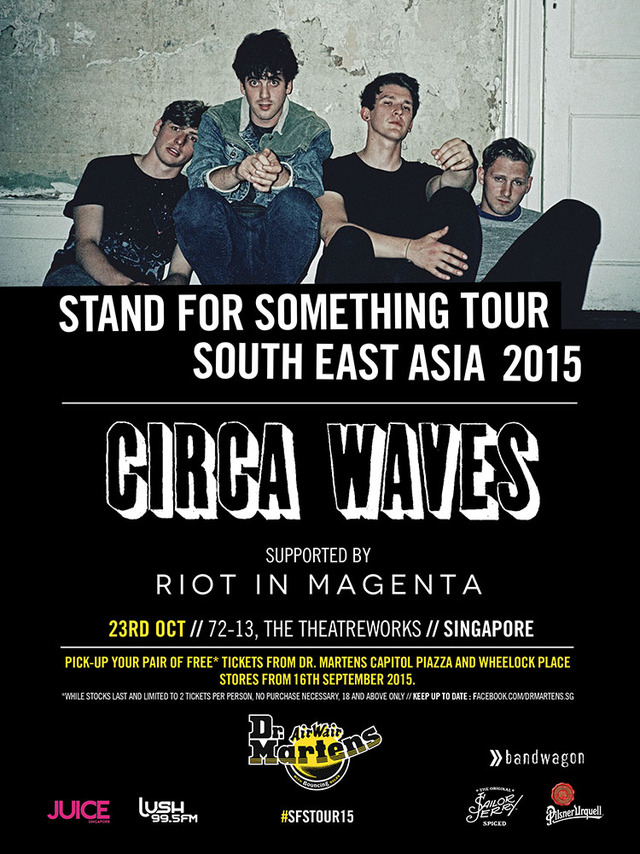