Rock Ed Radio is returning for a special reunion show this weekend. The radio show used to air weekly on the now-defunct radio station NU 107.

Rock Ed founder Gang Badoy, writer, editor, and film score composer, Erwin Romulo, and Radioactive Sago Project frontman and Kapitan Kulam guitarist Lourd De Veyra will be getting together once more as the volunteer group, known to provide venues and events for alternative education, reconvenes for the first time in a decade with a free show via Zoom on June 12 (Friday)1. They will be interviewing Rappler co-founder and TIME's 2018 Person of the Year, Maria Ressa.

Besides their efforts in providing workshops for teachers and alternative classes for students, Rock Ed also mounted Rock the Riles, a special gig series held in MRT Stations across Metro Manila. The shows were free and accessible via rides between stations. The likes of Ebe Dancel, Dicta License, The Itchyworms, Cambio, The Ringmaster, UDD, Cheats, Mayonnaise, Duster, and Paramita have performed for the series.

Get your free tickets to the reunion here.

Check out the event poster below for details. 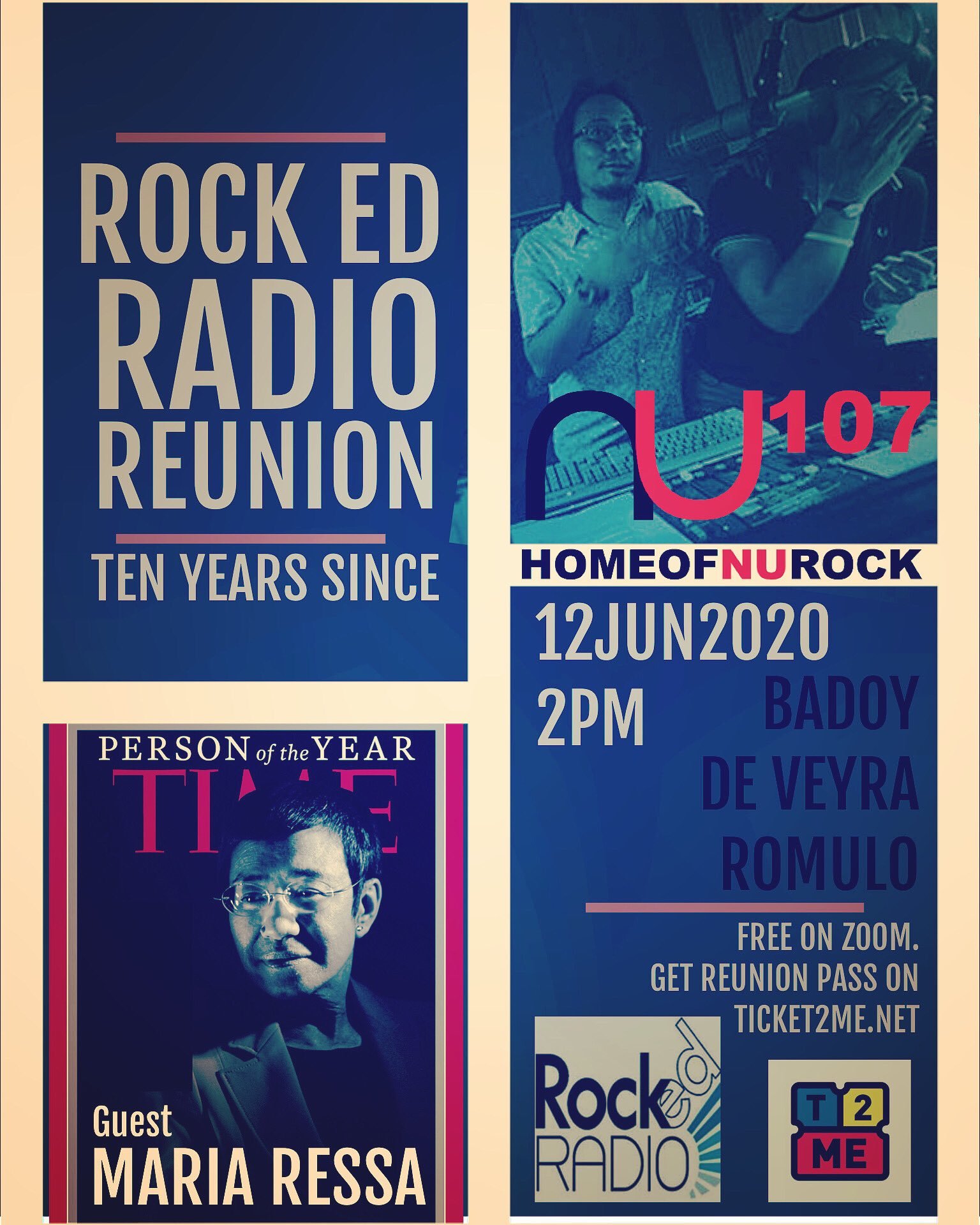 1 An earlier version of this article indicated that the reunion was for the show's 10th anniversary. It has since been amended.