During a rainy, gloomy Wednesday afternoon at Peirce Secondary School, remnants of the long weekend's golden jubilee celebrations still lingered on, in the form of red and white flags and banners that lined almost every corner of the school compound.

You would think that by now, these students would have grown weary of all things local from the constant onslaught of everything SG50 in the past couple of months. I remember back in my secondary school days, National Day was just another excuse to skip school and sleep in at home. In fact, anything local just didn't seem very cool back then.

It's heartening how things have changed.

It was encouraging to hear Peirce-sing (pun intended) screams erupt from the auditorium as a video montage of local musicians from previous *SCAPE Invasion Tour stops played on. Their enthusiasm was boosted by Gerald Koh and Joakim Gomez from 987FM, who took control over the rowdy mix of awkward 13 to 16-year-olds, huddling together and playing games with them to break the ice. 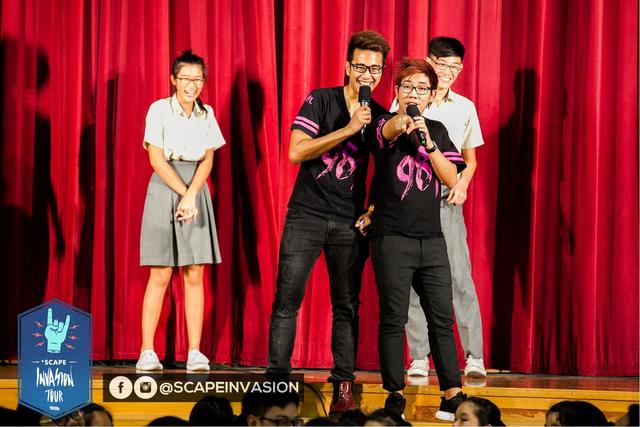 Michaela Therese, armed with only a keyboard, opened the show with her single, ‘Only You’, followed up with a string of jazzy originals which garnered loud cheers at every complex vocal run that she made seem so effortless. Her smooth and soulful voice silenced the restless crowd into a stupor — you could almost feel every pre-pubescent heart in the audience melting slowly. 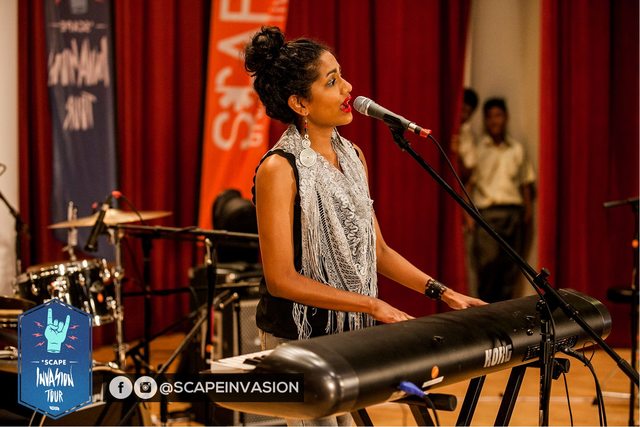 The luscious Gareth Fernandez and The Momma Shop opened their set with a groovy, gritty rock version of ‘Happy’, egging everyone to clap along if they felt like “happiness was the truth”. From that moment, Anson Koh of the Momma Shop kicked off his drum beats with machine-like precision, the rest of the band followed suit in what was a prime example of tight musical chemistry.

Gareth continued with an original, 'Moving On' - a buoyant tune about leaving a bad relationship. He did his best to compare having a breakup with a bad school subject, in an attempt to contextualise the song for the barely hormonal students before him, along with their perceptive teachers watching on. They seemed to empathise, however, and sang "On and on!" with their hearts out at the bridge of the song. 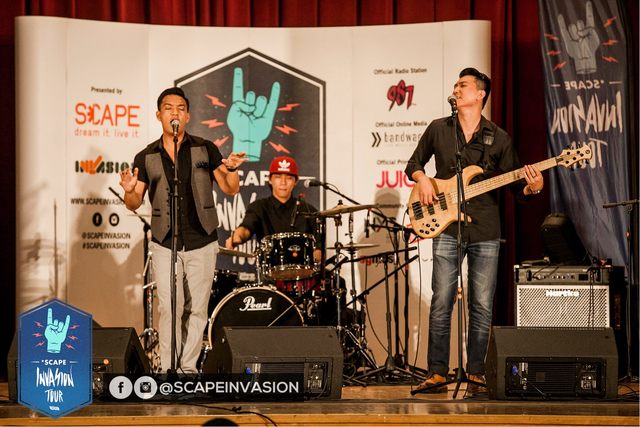 Unfortunately, his set had to be cut short due to time constraints but Gareth and the band took it all in their stride, despite the fatigue from a long weekend filled with back to back gigs.

When asked if he had grown tired of the ubiquitous SG50 theme, he replied confidently that it is "important to look at the big picture" and realize that it is "worth celebrating how far Singapore has come." He continued by saying that his SG50 experience so far had been good with gigs like Celebrations by The Bay that gave an "amazing reception, a huge crowd and fireworks in the sky."

"What struck me most was the support from the foreign workers. It was great! They were so supportive and I realized that it's a big deal for them too because they come here in search of opportunities and they are a part of Singapore as well," he added.

I asked Gareth for his thoughts on the effect SG50 has on the music industry and he immediately responded "lots and lots and lots of gigs," laughing. "But maybe it's a start of a new trend. In 2012 and 2013 people were starting to open up like hey there are these bands and local talents but in 2015 because of SG50, the golden jubilee, a lot of bands could now be featured and that's really a great thing." 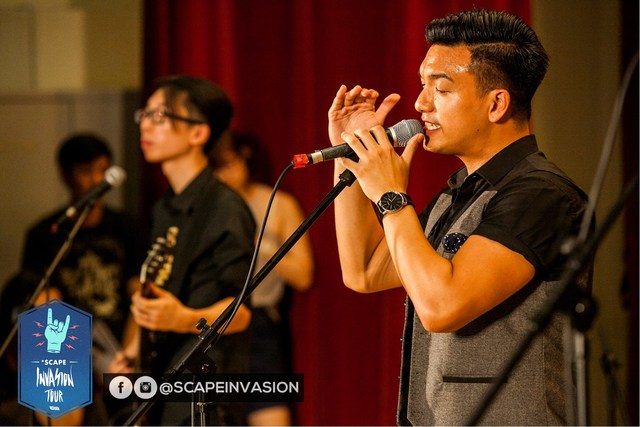 When asked about his cover of the National Day song, 'Stand Up For Singapore' that has reached over 2000 views in less than a week, the admittedly patriotic Eurasian replied that it was a song "that could showcase [the] band's style the most and was easy to arrange into something different than the original," even though his favourite National Day song would be, along with 90% of Singaporeans, 'Home'.

He added that whenever he watches the song performed live by Kit Chan he feels "a surge of affection for the country that gets me every single time. You really do. It's just such a well written song."