There was little fanfare involved at St Patrick’s School today.

St. Patrick’s, or St Pat’s as it’s affectionately known, was quiet and restrained. But in parties with loud music, those facades were shed and true colours were shown. Today was also to be the first all-boys school the *SCAPE Invasion Tour would visit.

Not one in the *SCAPE Invasion team knew what was going to happen but they could vaguely tell that there would be a lot of jokes — ones that were especially about the KC girls from across the road.

“We’re not from St. Patrick’s but we have tons of friends who do. They have also told us about the numerous pranks you guys play. You guys are crazy!” Paddy from Take Two works the crowd as they roar in return. It doesn’t take much instant charm to get the crowd rousing as theband has the St Pat’s following up on their feet, rushing to the front of the stage during opener ‘In Your Arms’. 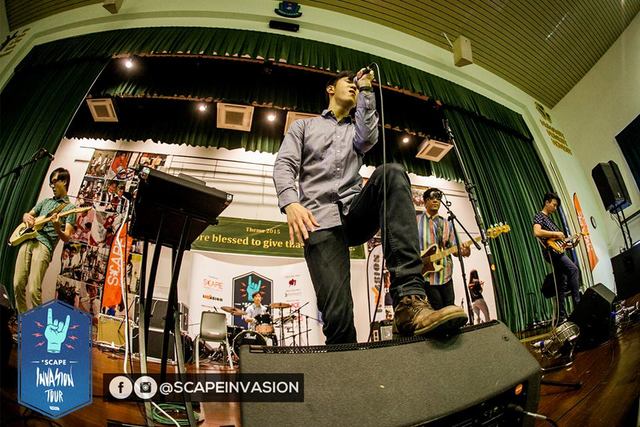 Students were climbing on each other’s shoulders and knocking a friend or two around in compact, five-men mosh pits. However, boisterous as they were, they were powerless to the whims of their eagle-eyed teachers, pulling pupils down from shoulders and preventing other nefarious behaviour, gesturing others back to their seats. Now with the students back in their usual sitting spots, the band had to move them from their elevated spot from above the stage. But a clap-athon between Take Two and the crowd in closer ‘Always Been Right Here’ brings them back to similar echelons of high involvement.

THELIONCITYBOY, real name Kevin Lester, emerges from behind the curtains, launching into the deep-seated ‘Overdrive’. He calls on for the students to step up to the front. Hoards of boys respond, rejoining and convening at the front of the stage again — only for them to be met with similar disdain. The students flicker and falter and only a few return to the front, possibly lured by Lester’s animated movements and his quick-fire verses. 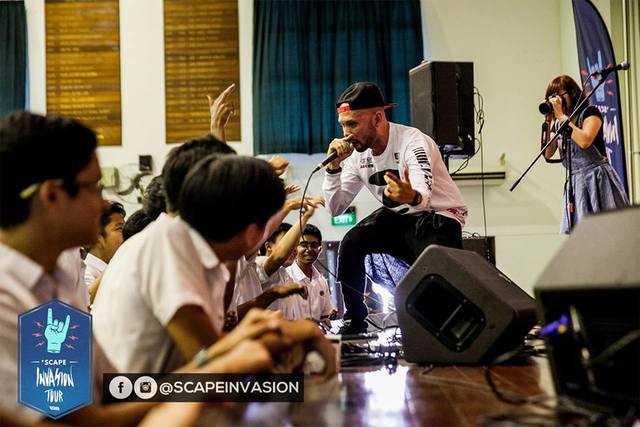 Midway through the set, TLCB hits a stumbling block. The few students in the front were only a fraction of the possible hundreds in the St Pat’s community — the rest in the back supporting either in reluctance or nervousness.

While most other musicians would turn the other cheek in winning over the crowd, TLCB responds in a non-conformist manner, throwing his weight around (respectfully I must add) to involve the crowd and feeding off their energy. After all, this is the main objective of the *SCAPE Invasion shows —- to introduce and convey a first-hand experience of how local acts present themselves in their live setting.

"...everyone supports the music but they feel paiseh to put their guard down y’know. It shows in the way the audience reacts, but I know deep down they’re having fun.”

Pulling out a golden invite, TLCB encourages the rest of the sitting crowd, “Hold the tunes, I will wait on y’all till y’all turn up out front.” He waits a good minute as he spots a trickle of white flowing to the front. Throwing his arms into the air, he responds cheekily before launching into ’She Wild’, “Are the rest of y’all at the back from KC?” 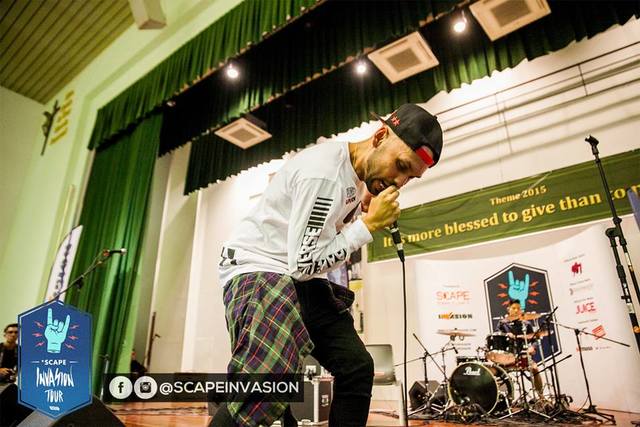 It all seems to come full-circle as this never-say-die attitude seemed to emanate from TLCB’s experiences in secondary school, “In the last few days of St. Gabriel’s, the school threw a farewell concert and the teachers encouraged the students to be a part of it.” Lester remembers.

“My boys and I wanted to do a hip-hop song but the teachers said no there is no space for hip-hop. We were upset and all but that didn’t stop us. On the day of the show itself, we told the drummer from another segment to keep playing after his set and not stop. After the other class played some Barry Manilow song, everyone walked away. It was like a scene in the movies, my friend carried an amp onstage and plugged his bass in. The three of us invaded the stage and the entire school went crazy. The teachers were like 'get off the stage!' and by that time, the principal was already standing up, long-faced. It was very dramatic." 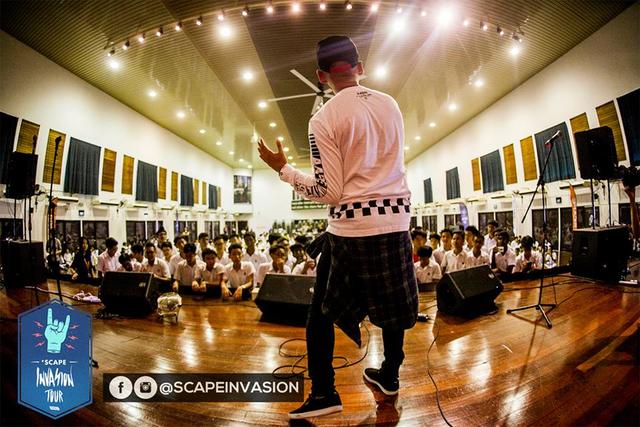 Today’s scenario at St. Patrick’s does seem to be a strong representative of the local music scene, where the crowd is clearly engrossed in the music but the response towards the artist seems to be of a hushed and buttoned-up nature. TLCB puts it down, “I think it’s the whole asian culture thing, everyone supports the music but they feel paiseh to put their guard down y’know. It shows in the way the audience reacts, but I know deep down they’re having fun.”

Despite the reserved response from the rest of the school, the double acts can walk out the gates of St. Patrick’s knowing that they have swayed a portion of the school and that these students could one day be out back, supporting TLCB and Take Two in shows beyond the school yard.