You don't get teachers leaning in on you, you get to fully express yourself with your choice of clothing (ladies doll themselves up while the gents come in shorts, flip flops and an undeniable whatever-goes attitude). Expression in words also comes free and easy. While this may sometimes be seen as a disadvantage, students love freedom and the freedom of expression loves students.

At 1pm, it is feeding hour for students at Singapore Polytechnic. The crowd buzzes and foot traffic doesn't thin even for a moment. There’s rapid movement coming from various lecture halls and study areas. You will be lost amongst the chitter chatter of the students if you’re wandering mindlessly along the corridors.

But it really doesn't matter which discipline of study you belong to, or the circle of friends you affiliate yourself with. People congregate at the campus auditorium and stop for the *SCAPE Invasion Tour. 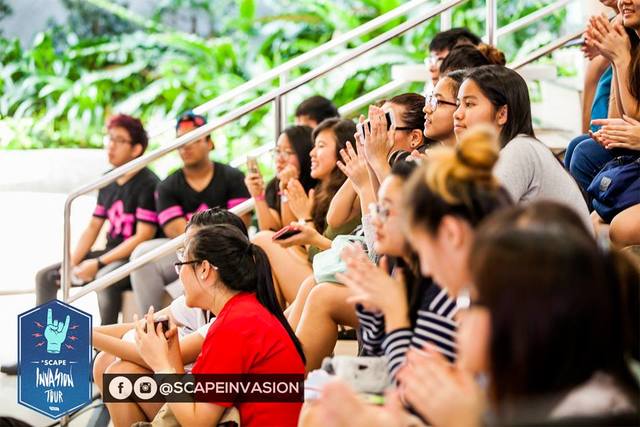 It is easy to understand why the crowd stops in their tracks on the way to the food court. Nathan Hartono is bouncing about at the space before the auditorium, his upbeat personality is infectious as he promptly shapes chirpy tunes into bite-size chunks for the fleeting crowd to stay and be intrigued. People grabbed spots partly to shelter themselves from the intolerable heat. But even when the glaring ball of fury takes its rest from behind a cloud, the students stay intrigued by Nathan's motions from atop the escalating steps and move in to take their seats.

Even with a compact line-up, Nathan — flanked only by a guitarist and drummer — still spreads their message of love equally well. It's all very systematic as he jingles the chorus of his original, 'Thinkin Bout Love', before moving to Taylor Swift’s 'Style', a cover that takes the cheekiness of the American popstar and charges it with genuineness and charm. In between lines, he is all smiles and the crowd responds likewise. 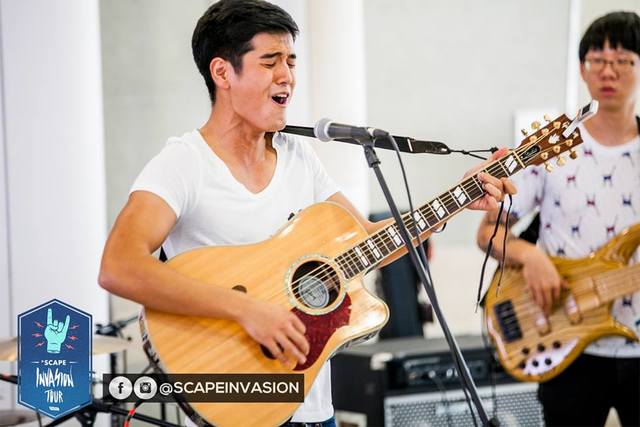 ShiGGa Shay is no stranger to the Singapore Polytechnic landscape — the auditorium he sits in between sets is the exactly same one where he sat in while attending lectures back in 2012. He probably even knows which food court has the best chicken rice or recall the treacherous trek up the hill where lectures are usually held in.

ShiGGa's homecoming return isn't an ostentatious event wrapped in gold. There’s no red carpet in sight but the reception from the crowd awaiting rightfully says otherwise. Ardent fans hold up their handmade signs with ShiGGa Shay's name embossed in gold and sway their hands in the sky to his swanky beats. Starting with a taste of local flavour, he challenges the crowd with 'LimPeh', who relays the notorious line back to him. 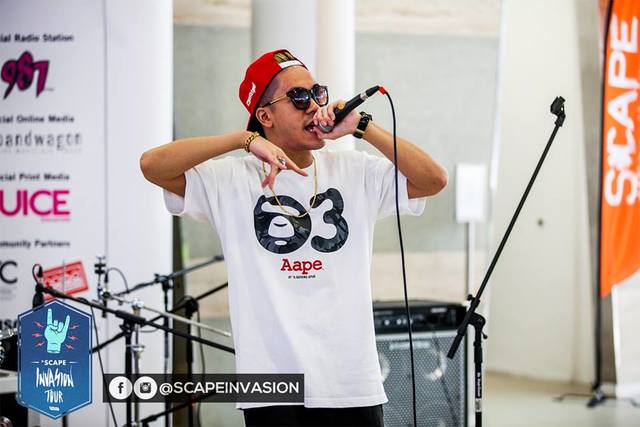 Through his set, ShiGGa Shay slings from one track to another, dancing in between snarky hokkien phrases and dagger-edged lines to his haters. On the face, he spit rhymes about the “haters” and not being bothered by them, but it is inconceivable to think he would have any in the first place.

ShiGGa Shay's set ends abruptly after the 40-minutes mark, 20 minutes earlier than it is scheduled for. The crowd grows in disappointment but then picks themselves up after hearing about a photo opportunity. The excitement dies down when the duo bid their goodbyes and it doesn't take long before the students disperse back into their lecture halls and cafeteria, leaving the area a stark difference from an hour before.

Didn't we say polytechnics are different?