The last time Take Two played, the elevated stage was dim and dark as the scent of booze lingered on in the air. People in the crowd responded naturally in their intoxicated yet exuberant applause.

This time around, their stage was in the amphitheatre of ITE East where they played from within the eye of the ‘tornado’: a swirl-like architectural feat that the school achieved effortlessly.

Beading down with sweat, the band of five toiled with their setup before emerging from behind a propped up wall. With shows held in school usually taking a much more tame standpoint, the crowd at ITE East were initially less sincere in showering the band with great enthusiasm— at least when the five-piece first appeared on stage. 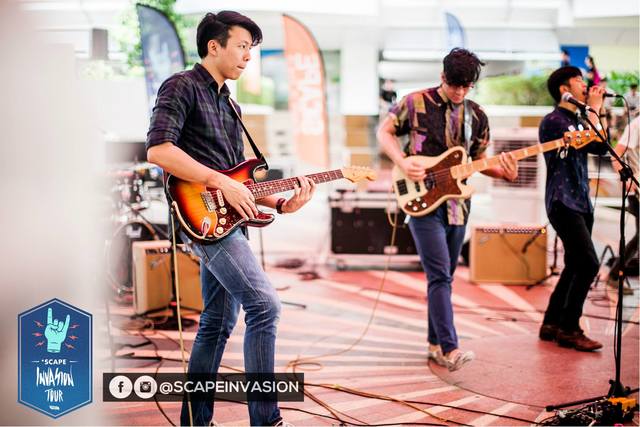 Somehow, though, it clicked: the emotional distance was reduced to affection when the introduction of 'Addiction Affliction' peeked from under the cones of loudspeakers. The stage was shrouded in equal quantities of cable, wire and pedals, exhibiting a performance which veined from a sound synonymous with the adjective ‘fresh’, which moves from the distorted sound of the alternative rock crowd.

‘In Your Arms’ premiered a new tune of electrifying, pushing on the boundaries lightly from the technical triangulation between guitar, bass and drums. Frontman Paddy’s vocals were laid atop comfortably in the mix, interjecting with a like-minded extension that conjoined two pieces into one seamless, grand finale.

That day, the band stood before the crowd after having played dozen of shows in Malaysia, Thailand and Spain, but, whatever they’ve accomplished could not be possible without their school playing the role of interceder. With the members of the band bunking in the NUS halls of Eusoff and Kent Ridge, a relationship was forged through the love for music.

This dalliance translated into the band working on indie covers first, before shifting to the creation of originals. 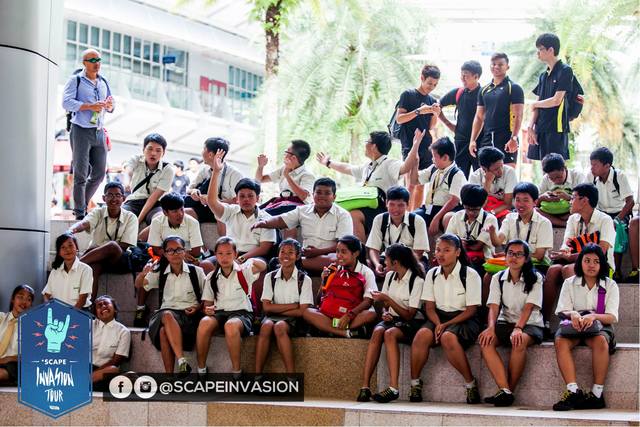 Compared to the crowd of students from ITE East, Take Two’s start mirrors the lives of other students-musicians at present. After all, work and play is impossible as a balance without discipline. Drawing out a code of rules, the band comically dictates that the first rule would be to "not date someone in your band”. After seeing how seasoned bands like Sonic Youth and Cocteau Twins tragically crumbled, falling prey to the instability of love within a band would be anything but constructive for an active band.

The second law of order as recited by guitarist Jonathan Lim would be to act as “musicians first, friends after” while creating music and vice versa when they’re out of the studio. Citing the example of how most local musicians would only get together for their band sessions, it creates a distancing between members that would hinder the process of creation and collaboration. The third rule would be to maintain a level of amity among bandmates by not involving personal emotions when conflicts and fights happen and focusing on the importance of the relationship, it’s all about the music after all. 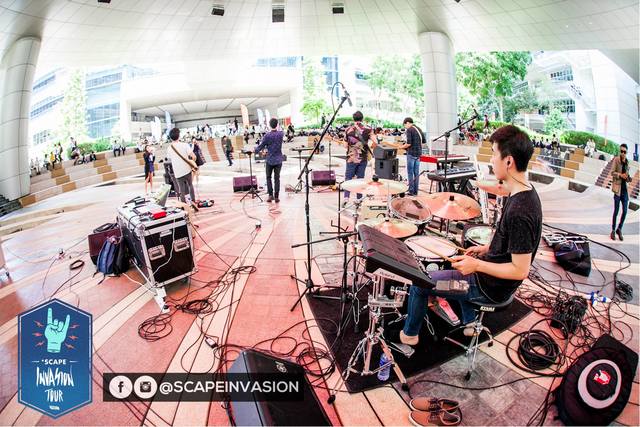 As a band which congregated together for an extra-curricular activity, Take Two started off knowing little about the industry but progressed forward with tremendous speed. By playing at ITE East and other subsequent *SCAPE Invasion Tour stops, Take Two may just shine as a beacon of light for bands in similar positions. After all, learning lessons are usually shared and inspiration dished out when school is in session. Not to mention, good usually comes from school-initiated projects right?

Aside from the initial reluctance but who knows? Take Two could have played to the next *SCAPE Invasion artist at ITE East.