A Regent Secondary student sat in the front row of the school auditorium with a guitar by his side, his arms locked in front of his knees and his feet were tapping away in the usual way that most music lovers often do. Several rows behind him, a girl peered curiously at the stage, trying to make out the different makes of amps and guitars arranged onstage. It was clear that we were in the presence of music lovers at this installation of *SCAPE Invasion Tour and nothing quite compares to the satisfaction of unspoken human connection.

It made you wonder if the two singer-songwriters who were waiting backstage, Nathan Hartono and Joie Tan, were ever in that wide-eyed position. At the very heart of every musician lies an insatiable thirst for music and most can remember the moment in their childhood when they fell so in love with it.

As a musician myself, I remember constantly going back to the curiosity that sparked my passion for music. I would often listen to songs repeatedly until they seemed so familiar yet so foreign at the same time, while being constantly amazed at this incredibly immersive experience that languidly lilted about my eardrums, inspiring and challenging so much of my music vocabulary.

It was a pleasant surprise to see so many young minds in the audience display that kind of love and curiosity today. Cheers and screams automatically erupted when Joie Tan took the stage, opening with her cover of Estelle's ‘American Boy’. She addressed the crowd with a charm and confidence that only comes when one is totally at ease. Her laid-back smile spoke of the joy she felt from being on stage and the crowd was happy to be mesmerized. 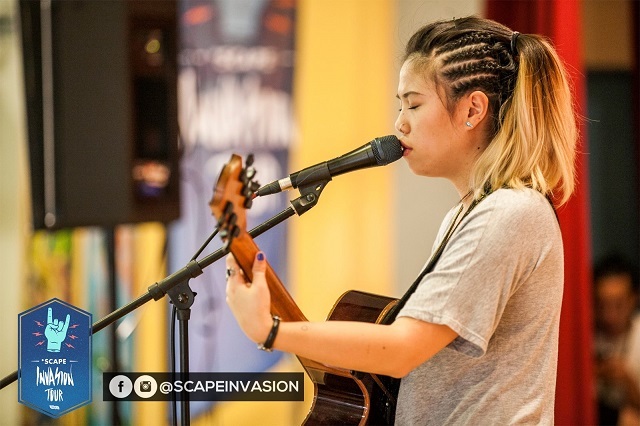 She continued her solo set with two funky originals, showing off her impressive guitar work and a well-trained mastery over her vocal chords. Joie's pleasant, feel-good vibes set the tone for the next artist, whose energy could be felt from a mile away.

Armed with his dashing good looks and quirky charisma, local crooner Nathan Hartono never fails in enchanting a watching audience. Taking the stage with his full band, Nathan dished out a slew of tightly arranged covers and originals which had everyone following his every move and screaming at the occasional pelvic thrusts. 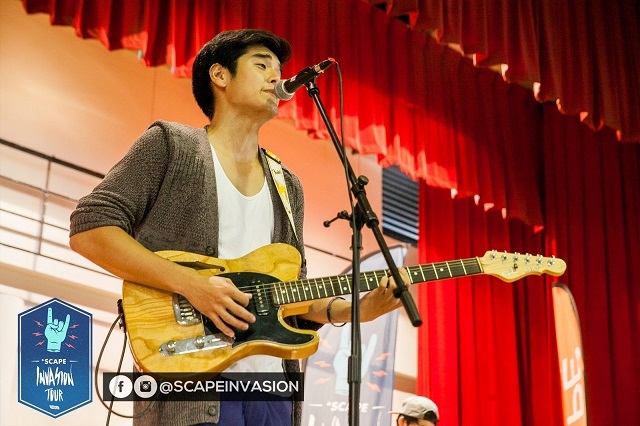 After finishing his set, the adoring audience (teachers included) implored for more and he was happy to oblige. Kicking things up a notch with a more mature vibe, Nathan went on to perform the theme song from the highly controversial risqué movie, 50 Shades of Grey. There were many guilty smiles from the older teaching staff, who were clearly familiar with the notorious tale.

As soon as Nathan and Joie were done being swarmed by their eager photo crazed young fans, I sat down with them to find out more about being a Singaporean singer-songwriter, their motivation and advice for aspiring musicians. 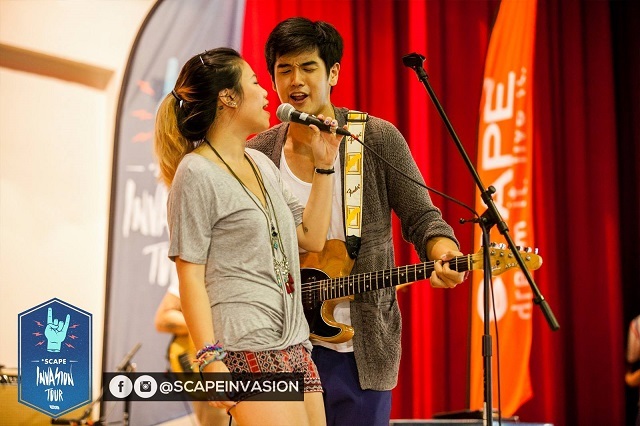 So how was today’s show?

Nathan Hartono (NH): Fun fun fun. It's always really nice to be at a school show and see a very receptive audience. I've done many school shows in my time in the army, so it's very nice to see the audience changing. Like today, it was a crazy crowd. They were very receptive, very giving, very loving and that's always nice to see.

Being such a young crowd, do you think they are receptive to original music that they aren't familiar with?

JT: Yes definitely, there was a guy with a guitar who came up to us and was very interested in the music - like what guitars we were using and all that.

NH: I think covers and all that will always be popular with general audiences, but nowadays, they no longer see music coming from Singapore as a novelty. Music is music. The lines are very blur now.  There's not much division in the younger generation because tours like this (*SCAPE Invasion) ensure that they're raised on a very healthy diet of good local music. 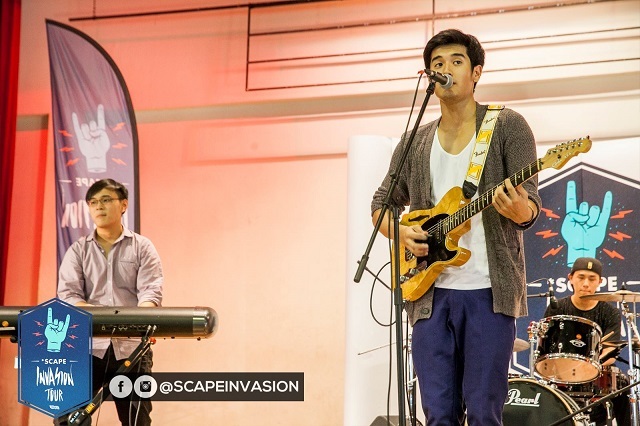 When did you decide that you wanted to do music?

NH: After army. It was kind of like ‘Let's commit to this full time thing’ - let's try to do as much as possible not just for the music scene, but for the entertainment scene in general. It's not impossible. It's tough, but it's not impossible.

JT: For me, it was when I was a kid. Both my parents do music and I grew up with music, so it was kind of my escape from homework. I didn't want to do homework, so I kind of just went straight in the direction. And I never thought I'd be writing the music that I do now.

Is there a pressure to write pop-orientated songs in today's music industry?

NH: It depends what you're going for really. If it hits, it hits. And it's very hard to define what a pop song is these days. With the lines blurring, songs that are in the Top 40s have genres that are just all over the place. So it's hard to say what hits anymore. It's either a good or a bad song. If it's good, then it will probably do well in the pop world.

How do you go about writing your music?

JT: 4am. Cannot sleep. Something hits you and you just go with it.

NH: It's always good to practice. And try to make it a regular thing to write at least once a day, be it a song, a poem, or a stream of consciousness. As long as you get thoughts out of your head and onto paper, you get a more discerning eye for what is good stuff, what is ok stuff and what is just junk. It's mostly junk. 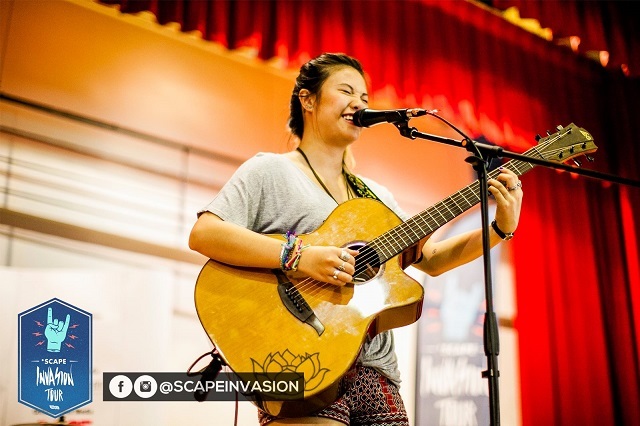 What advice would you give to young aspiring musicians?

NH: Find a place to practice and people to perform to. I think that's really the biggest thing that's lacking in most aspiring musicians. It's just practice, repetition and exposure to a stage and an audience. You can't just sit in your room all day and write songs because that makes you a songwriter. If you want to be a performer, you have to find a place to perform, make a ton of mistakes and from there you’ll slowly buff out a performer.

JT: Going (out) to watch shows.  I think from watching shows you get to learn a lot. By meeting new people at gigs, you can ask them all your questions about recording since everyone around is basically a musician. A lot of them (aspiring musicians) are afraid of wanting to record or write a song, but it's just about grabbing a bunch of friends and going for it.