There’s an odd expression that we always use which is that “the walls have ears”. If that is so, is it possible that walls have voices as well? Probably, since most of us are familiar with the phrase, “if only these walls could talk”. If that is so, then the walls surrounding Junyuan Secondary’s school hall were echoing the same message (and spirit) as that of the *SCAPE Invasion Tour. The writing was clear on the walls for all to see, and boy could those walls talk.

“Is there a talent that burns in you? Create opportunities.” 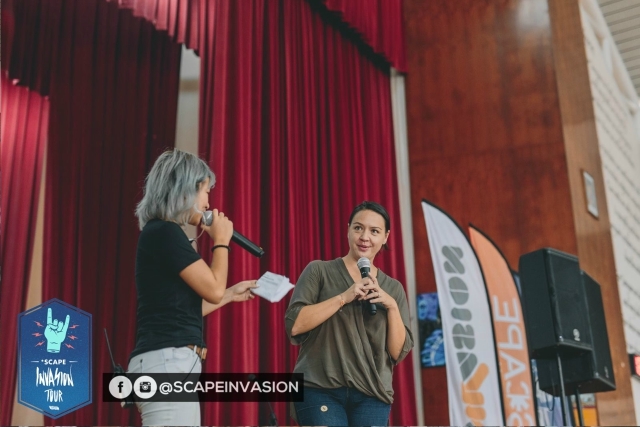 *SCAPE Invasion has always been about educating and spreading the knowledge of a career in the arts, with a particular focus on the promotion of music, local music to be precise. And that’s why with such extensive industry partners such as SGMUSO, Noise Singapore and etc, the school outreach programme was able to call on this year’s Music Matters’ festival director, Samantha Shirra-Moore to give Junyuan pupils an insider backstage perspective of live music staging.

Alongside Invasion Tour founder and beloved local musician Inch Chua, Shirra-Moore urged the clearly artistic leaning student population to create and grab any opportunities (internship or otherwise) for exposure in their industry of choice. The rousing rally call was drummed home by Shirra-Moore, who was tearing down the gender divide, and proclaiming the good news of gender equality in the music industry. Not that the point wasn’t made with these two strong female local music figures standing in front of the students, and by the first performer that was on show, Michaela Therese. 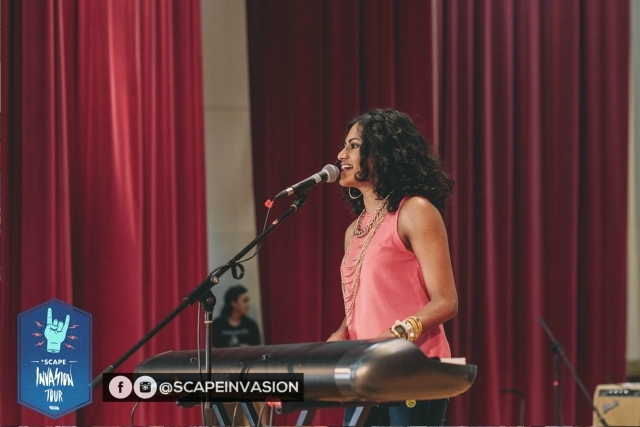 Once again, the Junyuan Sec walls speak the truth as the local soul pianist (absent of her band L.A.B.) showed once more what a versatile performer she is. Having made her bones at festivals such as Mosaic and Gilles Peterson Worldwide, Therese connected by sharing her own first song writing experience when she was just about the audience’s age.

With nothing to hide behind, except maybe her keyboards, the former Urban Xchange member got the crowd clapping along in unison as she launched into her opening number. But it was through her second song ‘Make You Think’ that things jumped from good to great. Off her 2014 album My Name Is MEEKELLAH, her live rendition of the song had the Junyuan Sec students swooning over her vocal prowess. Incorporating elements of jazz, soul and hip hop, the spunky singer spitted out some serious word rhymes and the Jekyll and Hyde nature of the song spurred the audience into a hive of reactions. It was perhaps the perfect early afternoon tonic as the song energized the crowd for the following act Stopgap. 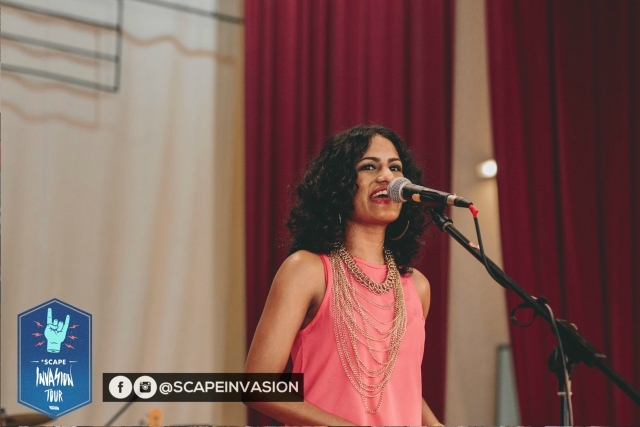 “All the world’s a stage.” William Shakespeare
“Use what talents you possess… Inspire others.” 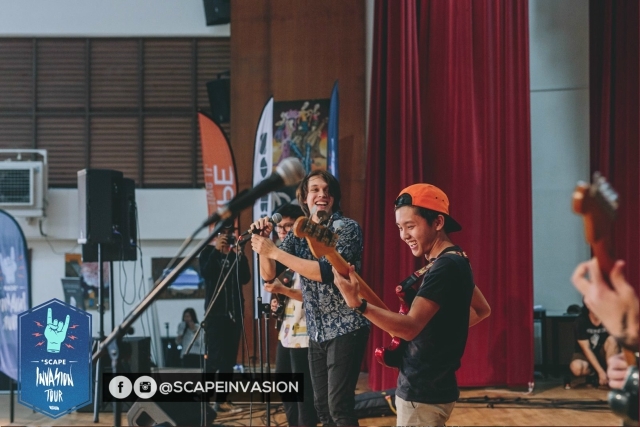 Despite losing their drummer Eldad Leong to a bout of illness, the five-piece indie rock still managed to put up a hell of a show. Looking and sounding tight musically, Stopgap gave everyone a reason to be excited for their forthcoming debut album in December.

Clearly heeding the walled words of Shakespeare, the 2013 Noise Singapore award recipients drew on their high octane influences of Arctic Monkeys, Foals and Red Hot Chili Peppers to draw the crowd away from the malaise of being stuck indoors, no thanks to the looming haze.

As usual, fun loving frontman Adin Kindermann was the main catalyst for inciting such a lively performance, backed by his cheeky guitarist Calvin Phua. Encouraging the students to break rank and come forth, Stopgap wrapped up their set with their crowd pleaser ‘Crossing Swords’. There was little doubt that they were making use of their musical talents and inspiring a line of dancing and screaming of rapturous students who were only too eager to immortalise the moment with their camera phones. 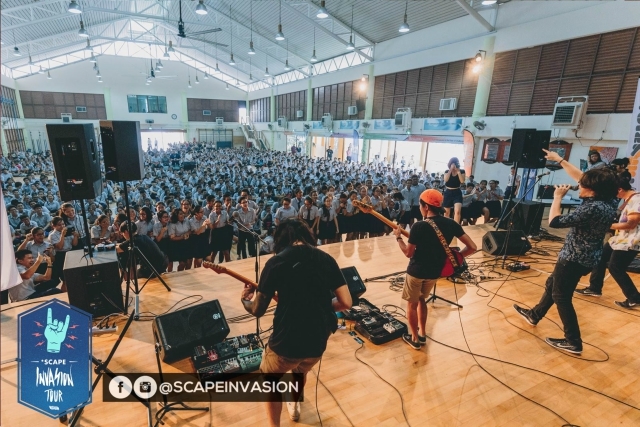 At this closing stage, it was clear that the entire*SCAPE Invasion Tour team felt a real affinity with the Junyuan Sec population and a commemorative welfie was evident of that. The impact that they made was clearly felt as the announcement of post-assemble classes grew loud groans as it meant missing out on the post-performance photo session (no thanks to the approaching exams). 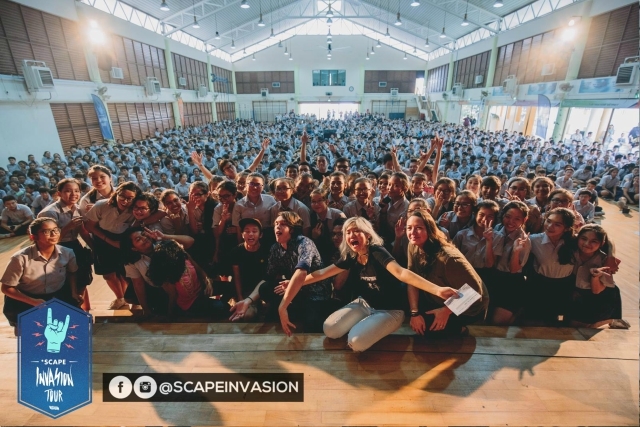 Nonetheless, we are pretty sure that intimate live music session achieved it intended goals and drove home *SCAPE Invasion Tour’s key message that the Junyuan Sec walls were only too happy to proclaim,

“The future belongs to those who believe in the beauty of their dreams.” 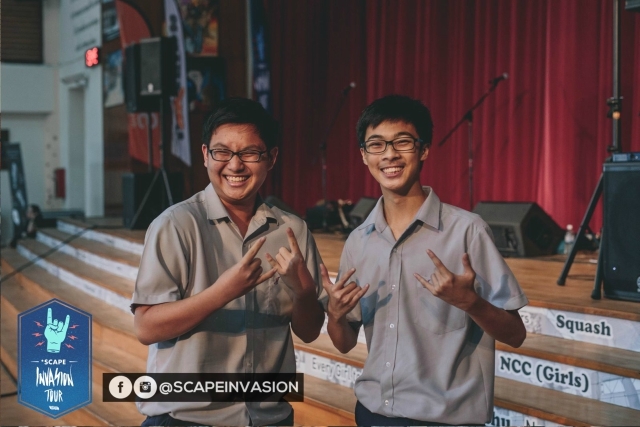