After a string of successful shows (READ: The Used and Fall Out Boy), Live Empire are not taking a breather. Up next on their roster of mega gigs is the mini festival Shut Up And Listen, with a triple bill of Anberlin, Red Jumpsuit Apparatus and Tonight Alive! 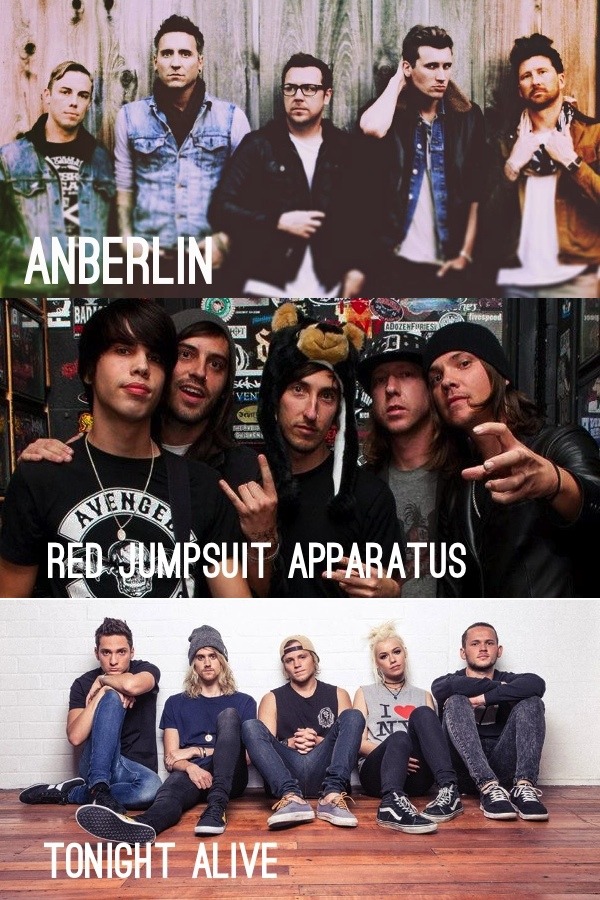 Returning again to our shores, Anberlin will be leading this staggering line-up on Aug 29. After playing Baybeats in 2009 and 6 successful albums, they're not even close to being a feel good drag. Set to perform with emo rockers Red Jumpsuit Apparatus and Australian pop-punk outfit Tonight Alive, it will quite a way to end your August.

Because we are kind and , we would like to give away two pairs of tickets to the show! Once again, instructions are simple:

HOW TO WIN:
1) ADD BANDWAGON SINGAPORE ON FACEBOOK
2) FILL IN THE FORM WE'VE INCLUDED ON THE PAGE, GIVE US YOUR WACKIEST REPLIES
3) HOPE FOR THE BEST!

Contest closes Sunday, August 26, 3PM. Winners will be announced the next day.