“You better sing so loud that the windows of Marina Bay Sands are going to break!”

When a rock legend like Steven Tyler commands you, of course you’ll obey. That was precisely what the 10,000-strong crowd did during Aerosmith’s performance in The Meadow @ Gardens by the Bay. The concert capped off jam-packed Singapore Social Star Awards Week, which had led to a sudden onslaught of celebrities descending upon our sunny island over the week. 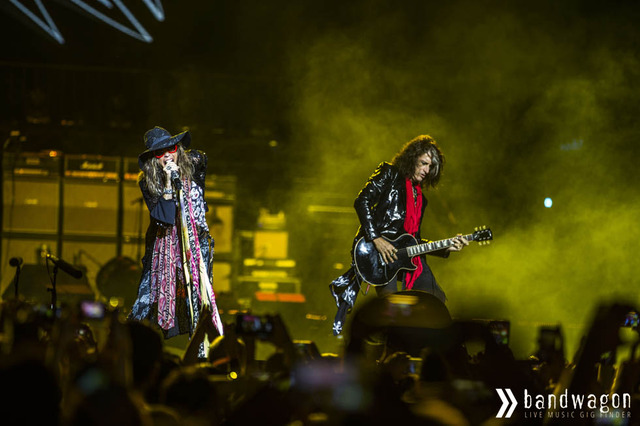 Living up to their legendary status, the veteran rock stars didn’t disappoint at all in their Singapore debut performance. Despite being in their 60s, the energy that Boston outfit gave could easily rival that of a five-year old. Midway through their 2-hour set, lead singer Tyler even quipped, “We always stop in the middle of the concert just to make sure our pants are still on.”

Actually, it wasn’t the pants that audience should be worried about. It was the band members’ tops. Lead guitarist Joe Perry was decked in coat at the start of the concert, only to strip bit by bit into a shirtless state by the end of the concert. Tyler was flipping up his graphic print top on every other song, and eventually took his top off at the end of the concert. Even the portable fan that he kept in his pants couldn’t help him fight Singapore’s warm temperature. 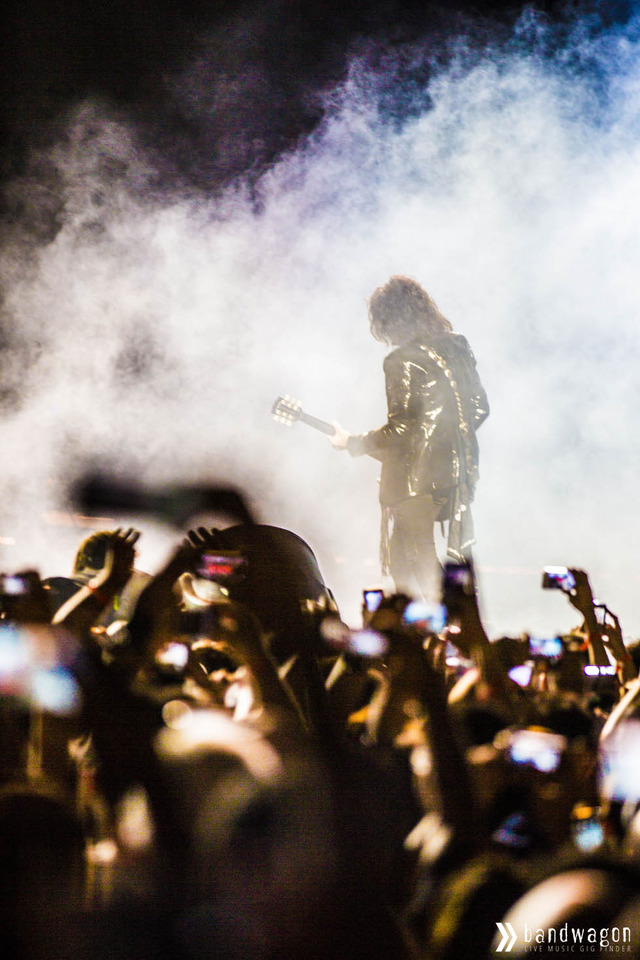 Not that Singapore’s humid weather could ever kill the flamboyant confidence that was perpetuated by the band. While obvious attentions went to Tyler for his trademark high screams, the other band members stood out in their own ways. Perry showed off his guitar prowess, plucking the sitar-looking lap steel guitar for “Rag Doll”, then playing his guitar backwards over his head during his cover of Fleetwood Mac’s “Stop Messin’ Around”. Heck, he even set off the amplifier on fire with his guitar during the encore performance of “Sweet Emotion”. Occasionally, he took the back seat and let 'underrated' rhythm guitarist Brad Whitford take the reins of guitar solos. Such was the case for “Stop Messin’ Around” and “Last Child”. David Hull filled in the role of ill bassist Tom Hamilton with aplomb. On the drums, Joey Kramer’s thumping beats never failed to serve as the backbone of various songs.

Throughout the night, the band played 18 songs out of their 9 studio albums. When asked by Tyler “do you love the old shit more or the new shit more?” the crowd responded, “Old shit!” No wonder the band only played one song out of their last album, Music From Another Dimension, which was released last November. Not that these new songs were particularly missed. The night was filled with crowd favourites such as “Jaded”, the epic ballad “I Don’t Want to Miss a Thing”, and “Walk This Way”. The last song’s performance was special as it was accompanied by the appearances of street dancer Marquese Scott and beatboxer Hikakin.

The night eventually ended with encore performances of “Dream On” and “Sweet Emotion”. While the dream of Aerosmith fans had been fulfilled, it nonetheless was never a goodbye. In the words of Steven Tyler, it should actually be “hello new friends.” Well, hello Steve, we’ll see you and Aerosmith again soon. 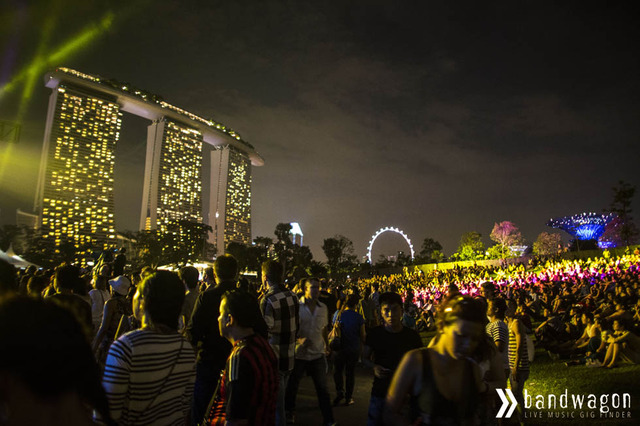