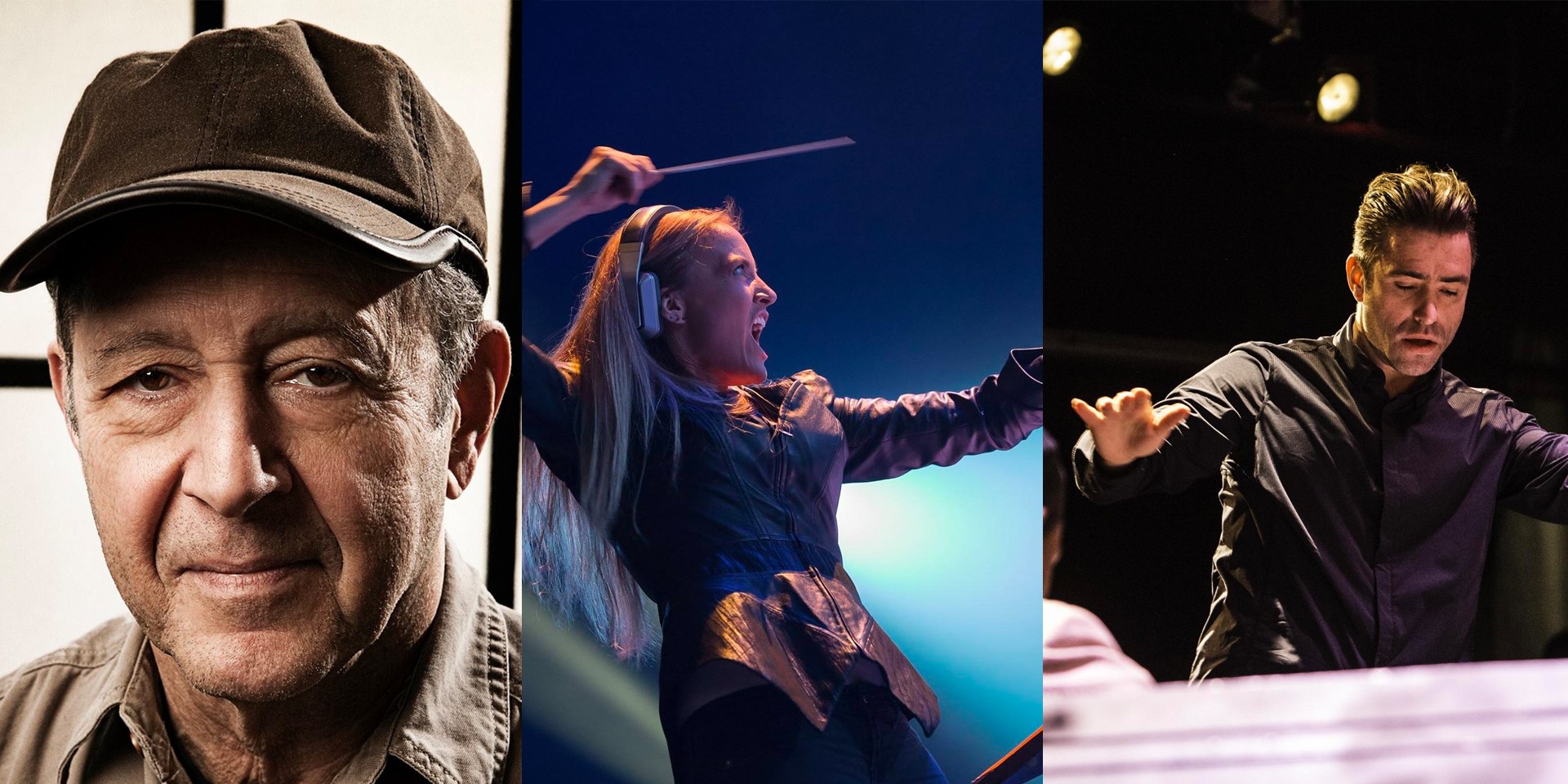 Singapore Symphony Orchestra (SSO) has a host of exciting performances lined up next year, and that includes a concert celebrating the work of Pulitzer-winning composer Steve Reich (pictured, left), a night of reinvented rock classics, and a showcase of video game songs from the Irish queen of games music Eimear Noone (pictured, middle).

Reich in 60 Minutes will introduce its audience to the composer's pioneering minimalism. His career as a contemporary music composer has spanned over 50 years and seen the birth of masterpieces ‘Drumming’ and ‘Music for 18 Musicians’. On the programme for this concert are 'Pulse' (the composition's Singapore premiere) and 'City Life'. For an introduction to Reich's work, read Bandwagon's guide to 7 of his essential compositions here.

Genre-bending conductor Jacomo Bairos (pictured, right) and guitarists Nick Omiccioli (who is also an assistant professor at the Yong Siew Toh Conservatory of Music) and Paul Cesarczyk take the stage on 31 January with Rock in 60 Minutes. This concert will feature reinvented rock tunes from the likes of Frank Zappa, Radiohead and Daft Punk.

Both aforementioned concerts have deliberately been made half the duration of a normal SSO concert "to make symphony concerts less intimidating," the SSO said in a press release. This is part of the orchestra's "concerted effort to reach out to new audiences."

In April, avid video gamers can look forward to a night of familiar tracks from their favourite video games as Irish composer Eimear Noone, who is behind famous tunes like ‘Malach’ from World of Warcraft, performs with the Singapore Symphony Youth Choir. This concert will feature music from World of Warcraft, The Legend of Zelda, Skyrim, Final Fantasy and – in a slight departure – Tetris.

These shows are still some ways away, but it's never too early to plan!