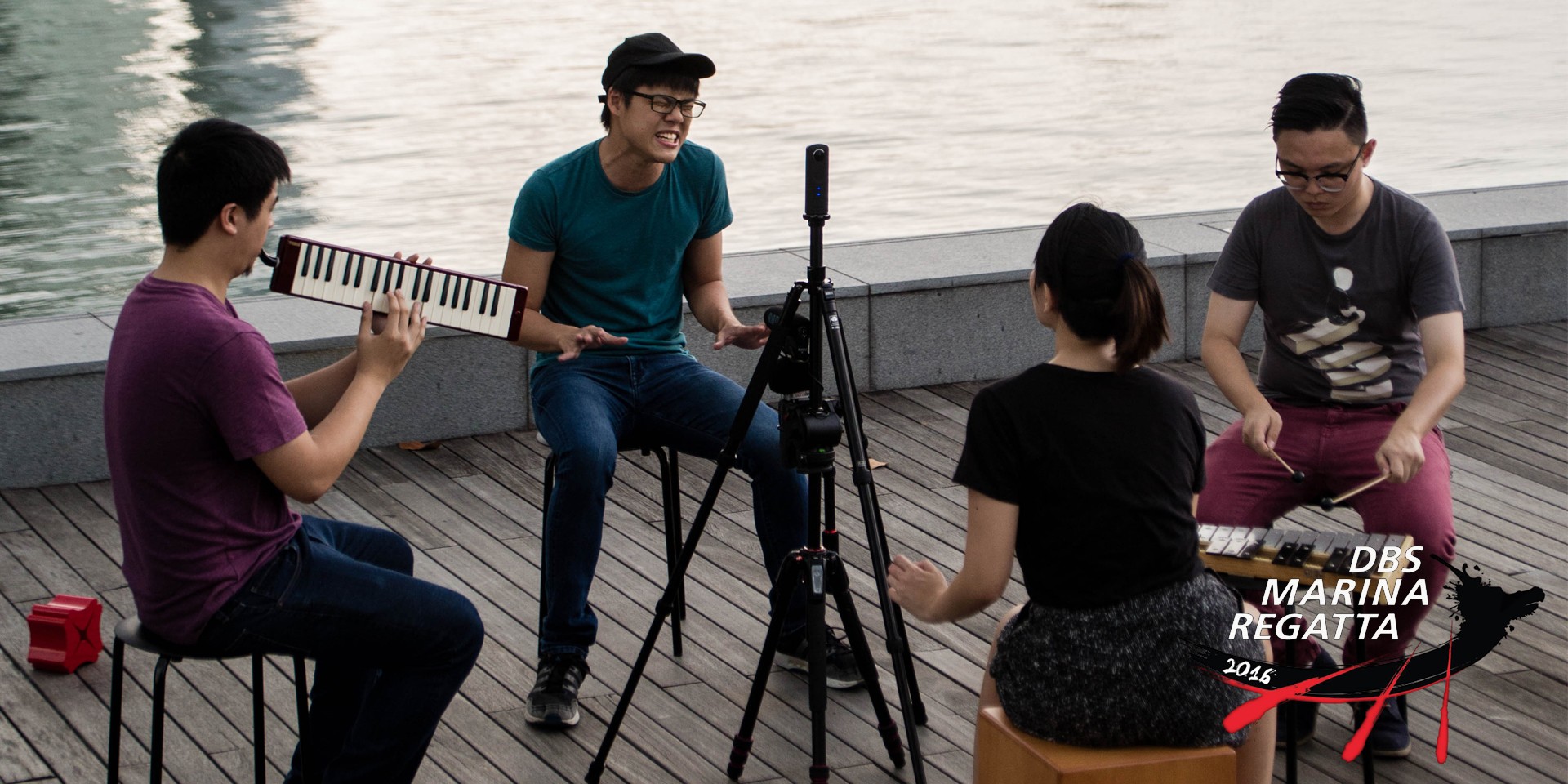 The upcoming DBS Marina Regatta promises a fun-filled event that's topped off with live music through two weekends — the likes of iNCH, Linying, Stopgap, HubbaBubbas, The Neptune Waves, Take Two and The MadHatter Project have all been roped in for the event, and as they're leading up to the highly-anticipated event, they've engaged the acts to do their own 360° videos.

In the past year or so, the art of the 360° video has been a lot more refined than we thought it would be.

Serving a greater immersive purpose than a regular 3D video, 360° videos have been a new gateway into video interaction that allows engrossing content without having to rely on gimmicks.

We've had several videos showing live shows and festivals, allowing you to experience them like you're actually onsite, and VR helmets have made it even better.

With these 360° videos, carefully prepped as the event draws nearer, they provide a wholly immersive peek into what it feels like watching HubbaBubbas or Take Two live. The acts will be performing at the Sound House at DBS Marina Regatta, which will serve as a relaxing sunset beach concert amongst the festivities.

"It felt a little more like a practice session where we could look at each other, communicate, and feel less self conscious of the camera being on us," says Jamie Lee of The MadHatter Project.

"360° allowed us to think and use the space a little differently, so there is a lot of potential in experimenting [with it]." The band, formed only two years ago, will mark their set at DBS Marina Regatta as one of their biggest yet.

This format, at the same time, provides a different way to assess the dynamics of these acts.

As an acoustic unit, Stopgap are definitely more restrained than when they're armed with electric guitars and uninhibited swagger, while iNCH owns the pontoon as much as she does onstage — a hint at what's to come at the DBS Marina Regatta, where all acts will be performing in a cosy, intimate setting. 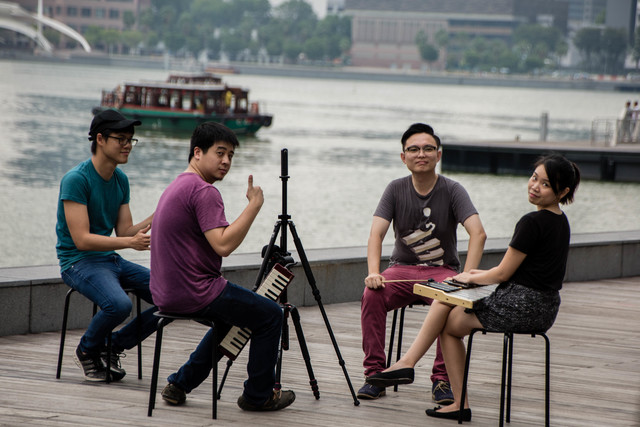 The band ready in position around the 360° camera.

"It was like performing to a little stick handheld," jokes iNCH, about the distinctively slim camera. "Counter-intuitive at times because you can't seem to find the "eye" of the camera and you've got to constantly remind yourself that "it sees all", just like big brother."

The trio that make up HubbaBubbas have similar sentiments, but the new experience has only emboldened them towards more far-out ideas in the future. "We sat in a circle so that helped us see each other better and it was a nice change instead of the usual linear set up," says Ryan of HubbaHubbas. "But you never know if anyone is staring right at you." 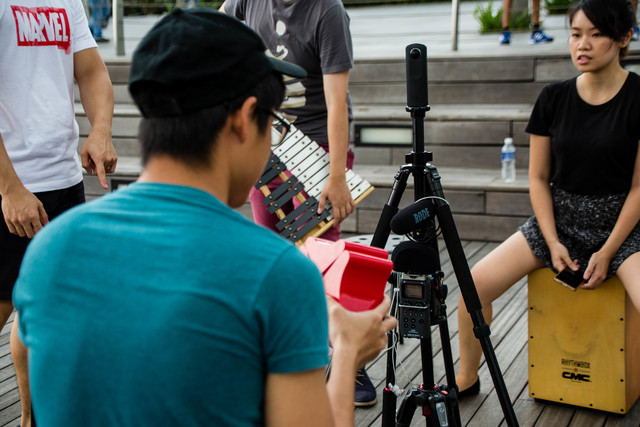 The bands featured are optimistic about the relatively new approach to filming, and it also opens up doors for more creative ideas with music videos and live streams.

As for the musicians themselves, iNCH thinks it can revolutionize surveillance technology, along with videos of puppies, while The MadHatter Project hopes to see even more immersive videos involving revealing behind-the-scenes footage.

As for HubbaBubbas? "A trip down the digestive tract, like in the magic schoolbus. Or a very cool cooking tutorial!"