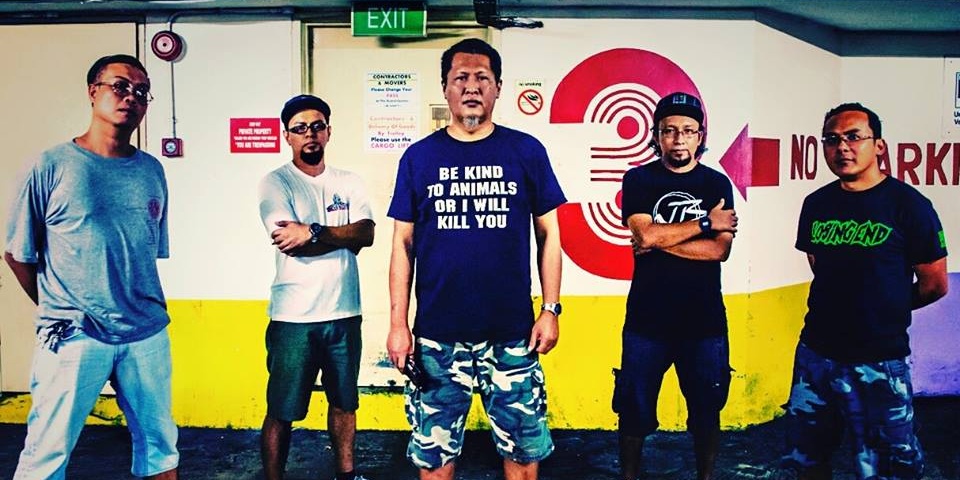 The 90s were a crucial time for Singaporean hardcore punk music — spearheaded by seminal band Stompin' Ground (with their aptly titled album We Set The Pace), the influx of bands helped solidify a vibrant punk scene in the country when there previously was none.

20 years later, Stompin' Ground have long since disbanded and the Lion City Hardcore compilation remains a rare collectible item, but the recent formation of LC93 serves to remind the country of its past, while also happily celebrating the present.

Made up of members from Stompin' Ground, Voiceout, Crossover and Upright, the five-piece band have mostly been playing covers, but now they've announced a new album titled Wiser. Stronger Together.

It is unclear if the album will consist of entirely new songs, or re-recorded versions of old songs by their previous bands, but they're deadly serious about the release — limited vinyl versions have been announced, along with the album art, designed by illustrator Kilas.

Bundles containing the vinyl record with a t-shirt have since been sold-out, but the band will be announcing vinyl pre-orders very soon.

Meanwhile, they've revealed new music in a teaser below:

Stream the Lion City Hardcore compilation, Together At Last, here: