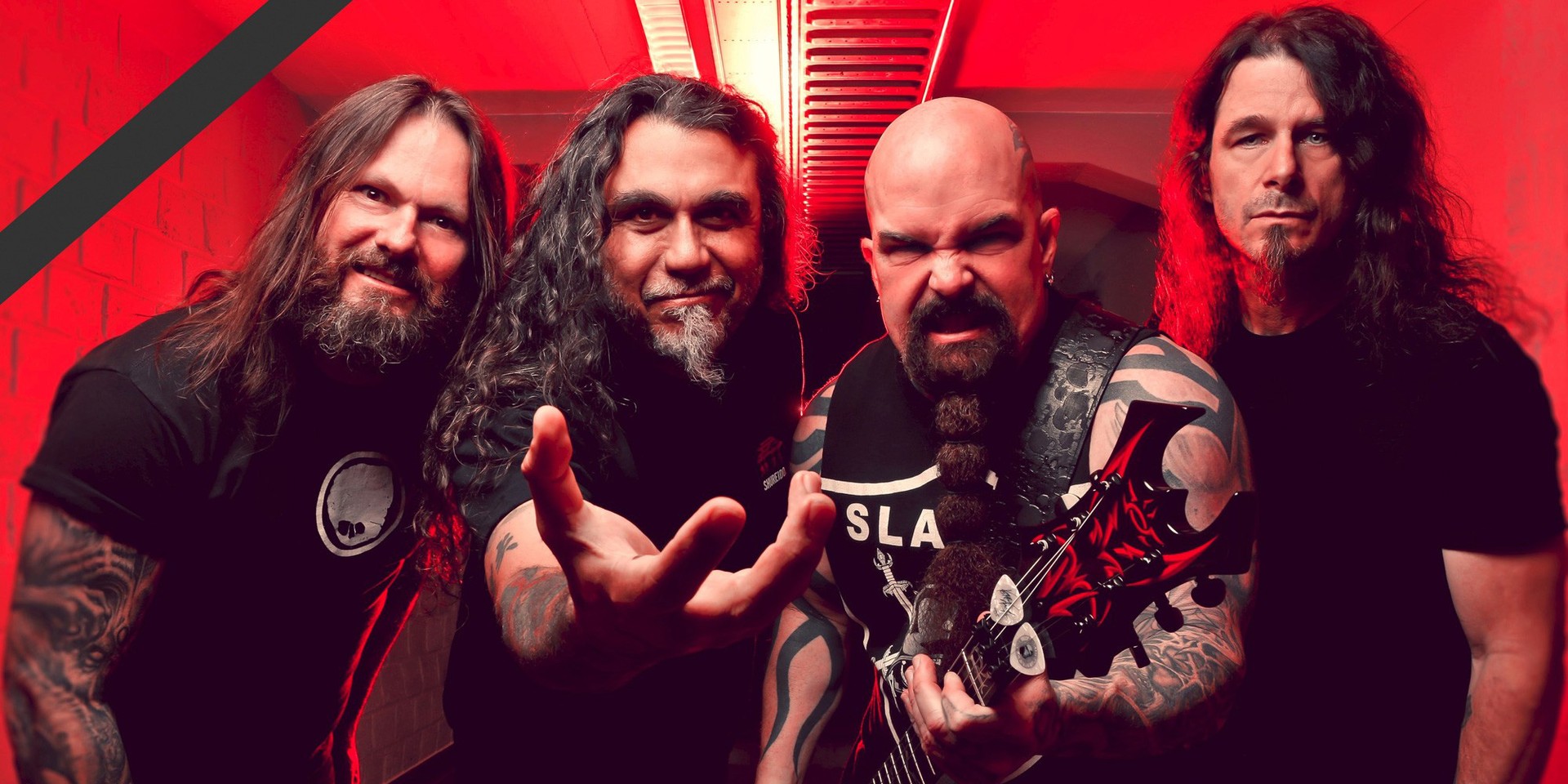 EDIT: This article was previously published as a confirmation of the show. However, it must be clarified that the show is not officially confirmed by either party, and it will now only be treated as a rumour. The article has been amended to reflect as such. Meanwhile, Slayer guitar tech Warren Lee tweeted two days ago hinting at an Asian tour.

As if metal gigs in the region wasn't good enough this year, this is the frosty, blood-red icing on the cake.

Thrash metal legends Slayer might be set to perform their first show in Manila. In a tweet by Vernon Go, president of concert organizers PULP Live World, he teases at the imminent arrival of the four-piece band on October 11th. The short animated poster depicts a fallen battlefield with the text "Red Rain Will Fall", a sharp reference to the band's signature song, 'Raining Blood'.

If true, Slayer will play Kia Theatre in Quezon City — no ticketing details are out yet, but we're incredibly stoked.

The band last played Singapore in 2006, and while the band's main guitarist Kerry King left the country unhappy — the band were forced to remove four songs from the set list, namely ‘Disciple’, ‘Hell Awaits’, ‘Antichrist’, ‘Jihad’ — he doesn't rule out the band's return. Let's hope a full Southeast Asia tour is planned.

Watch the band perform 'Raining Blood' on The Tonight Show With Jimmy Kimmel: