As we saw earlier this year, So Happy: 50 Years of Singapore Rock has done an excellent job documenting the growth of our country's rock music scene. Premiering at arts venue The Substation in April, the exhibition was a result of tireless work from a group of volunteers headed by fFurious creative director Little Ong, who was furious in his own right, constantly documenting various Singaporean shows in the 90s and early 00s.

While the exhibition only lasted at The Substation for the rest of that month, it's getting a second round of public viewing in conjunction with Nanyang Technological University (NTU). "The new intake consists of about 13,000 out of 30,000 students in all and that's a lot of people that will have the opportunity to learn about our music scene!" says Little, who initially conceptualized the exhibition for his own works.

So Happy will be presented at various facilities in the NTU campus in the west, segmented into five different locations, each part detailing a specific decade. You can head to the Humanities & Social Sciences Library to rediscover Singapore's crop of talent in the 1960s or walk on over to the Art, Design & Media Library and reminisce about the bands that dominated our attention in the 2000s. The NTU Arts Appreciation Series is responsible for bringing the exhibition to NTU, as part of the Dorothy Cheung Memorial Fund. 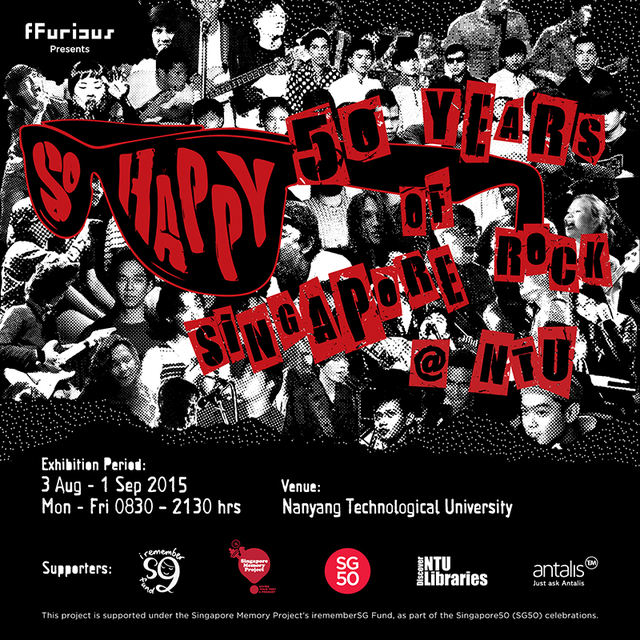