Words by Jeremy Hu
Photography by Esplanade- Theatres On The Bay

Intimacy is the order of the day in this stripped down music affair, graced by some of Singapore's most enchanting of songwriters. And enchant us they did on this momentous night, for everything in their right place transformed the Esplanade Recital Studio from a well-rigged acoustic venue into a sanctum of wonder and magic for Sound > Tracks. Little Ong's art direction and visuals tied in closely with each song, making each track a very personal immersive experience; complementary and never intrusive, always providing enough space to let the music speak for itself.

Kicking off the night was Atwell Jansen, the most veteran of the lot. Judging from the median age of the crowd, perhaps not many were familiar with him or Heritage. But that did not stop him from winning them over with his personal compositions. This seasoned raconteur belted out progressive melodies that reflected a soul that has seen much and felt much more, and definitely showing no signs of slowing down. 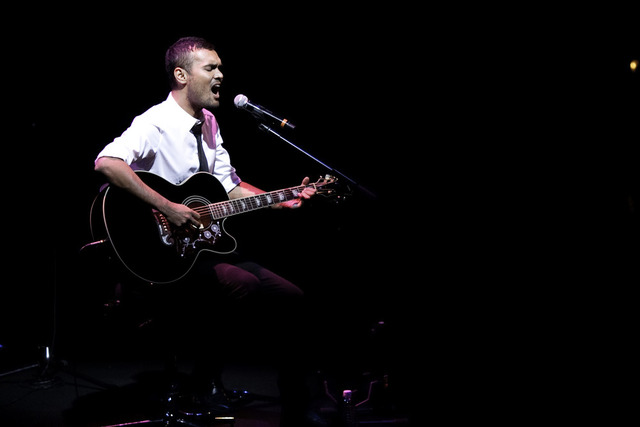 The Great Spy Experiment's Saiful Idris followed suit. The energy he usually shares with the band takes on a mellower form here, focusing it into a quiet intensity. And as he croons everyone's favourite TGSE tunes, hearing them in their bare bones gave them a brand new context; offering a cathartic perspective on the emotional honesty hiding behind the oftentimes deceivingly poppish exterior of the songs. 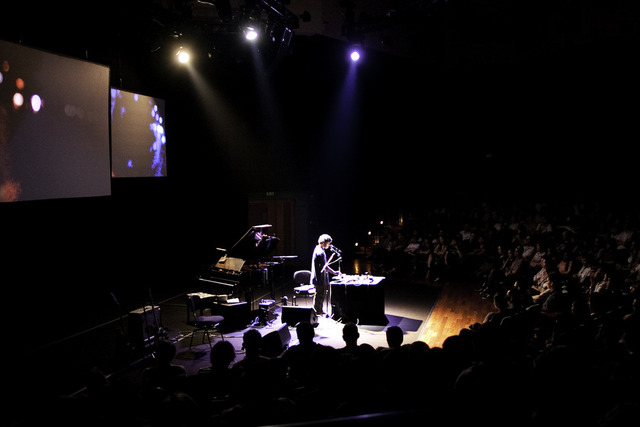 The agent provocateur of the group, Bani Haykal, took the stage next; boldly abandoning conventional musical logic and structures and opting for an experimental narrative instead. Telling a seamless postmodern tale through spoken word poetry and sonic architectures built from the ground up with his trademark red SG guitar, a looper and controller, the result was a haunting performance that resonated, both in music and in meaning, in our headspace, where the ghost of Bani's digital palette of analogue sounds lingered long after it ended. 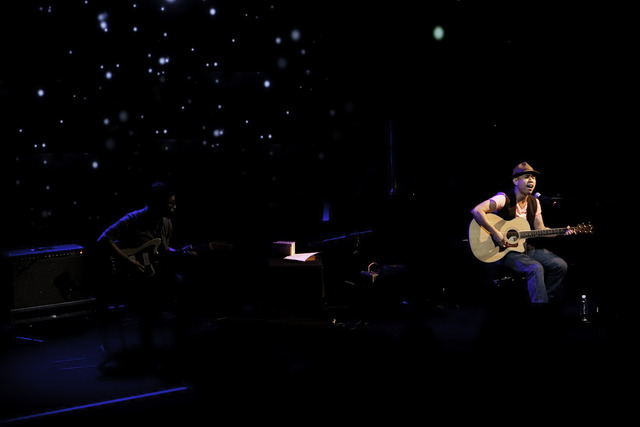 Bringing the night back to lighter territory, Nigel Hogan of The Padres charmed the crowd with some brand new songs. Interspersing his set with anecdotes on his songs and his creative process, we got a glimpse into the mind of Nigel Hogan and his wholehearted wholesomeness. Longtime musical collaborator Fuzz Lee also shared the stage, injecting a dreamlike dimension to his straightforward arrangements with what is probably the finest sounding Fender Jazzmaster I personally have laid my ears on. 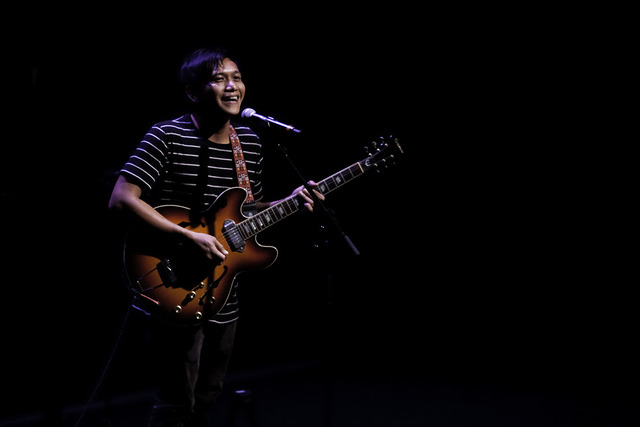 The closing set for the evening fell into the hands of Slowjaxx, or Esam Salleh of The Stoned Revivals fame, and frankly I can't think of any better way to end the night. One minute boasting Zeppelin-esque riffs worthy of an arena, another minute messing with your mind with these offbeat progressions, the musicality of his tunes takes you places where you won't expect. So despite his aloof and disarmingly earnest stage demeanour, there lies an uncompromising resolve to keep his musical vision intact. And as he makes the curtain call and stands shoulder to shoulder with fellow giants, you can almost see that same wide-eyed willfulness for lack of a better word shared by all the acts present that night.

And that's when it really sinks in that you've just witnessed heroes from several chapters in the history of Singapore music at their most alive, conjuring beauties and beasts out of nothing on stage. For their friends. For their loved ones. And for you.

INTERVIEW: We also catch up with Nigel Hogan of The Padres as he talks about the perks of playing with a full band, his own favorite tracks and everything else acoustic.

As tenured performing artistes, how different is it doing a stripped-down acoustic set than rocking it with the full band?

When you play with a band the experience is shared, any experience shared is always more exciting - for example going on a vacation with friends, discovering a new beach paradise, playing football... the experience is always greater and more rewarding when shared. It's an amazing feeling when everyone is on the same wave length and on the same buzz, it's much like twirling dervishes or like watching Barcelona play Man U in that Champions League final where one team where on a completely different level to the other and buzzing off each other's movements. It's a joy to behold but even better if you were part of something like that. That's why I love music and being in a band the buzz it gives when you find that musical connection when everything clicks.

Playing solo as I have been doing lately is rather lonely, when you get one of those hair-standing tangkap moments you look around and there's no one there to share it with. But on a brighter note if you make a mistake no one will know. Stripped down acoustic for me is always more relaxed. Just me and the guitar or whatever other instrument I'm playing. No frills.

‘Heartbreaking’, ‘sincere’ and ‘raw’ are some words that get thrown around a lot when asked about acoustic sets. On a personal note, how ‘personal’ will Sound>Tracks be?

It's all original songs thats as personal as it gets. The songs and the person you see on stage are just aspects of who I am. I will be performing with Fuzz so its not just me and my guitar this time. I guess you will get to see where my head is at musically in 2012.

What is the perfect acoustic song (that you have come across through the years) and why:

There is none. But there are a few that I love. Like Ani Difranco's 'Joyful Girl' - (don't think it's acoustic though) it's like a stripped down mix with just drums and double bass, fantastic. Also there's KCRW's Morning Becomes Eclectic radio show featuring The Shins which I absolutely love. Then there's new folk artists as well as the old ones from back in the day, too many to mention but no perfect ones - although most Simon Garfuncle and Nick Drake performances are near perfection. But for me, nothing beats Bhaskar Subramnian on his guitar.