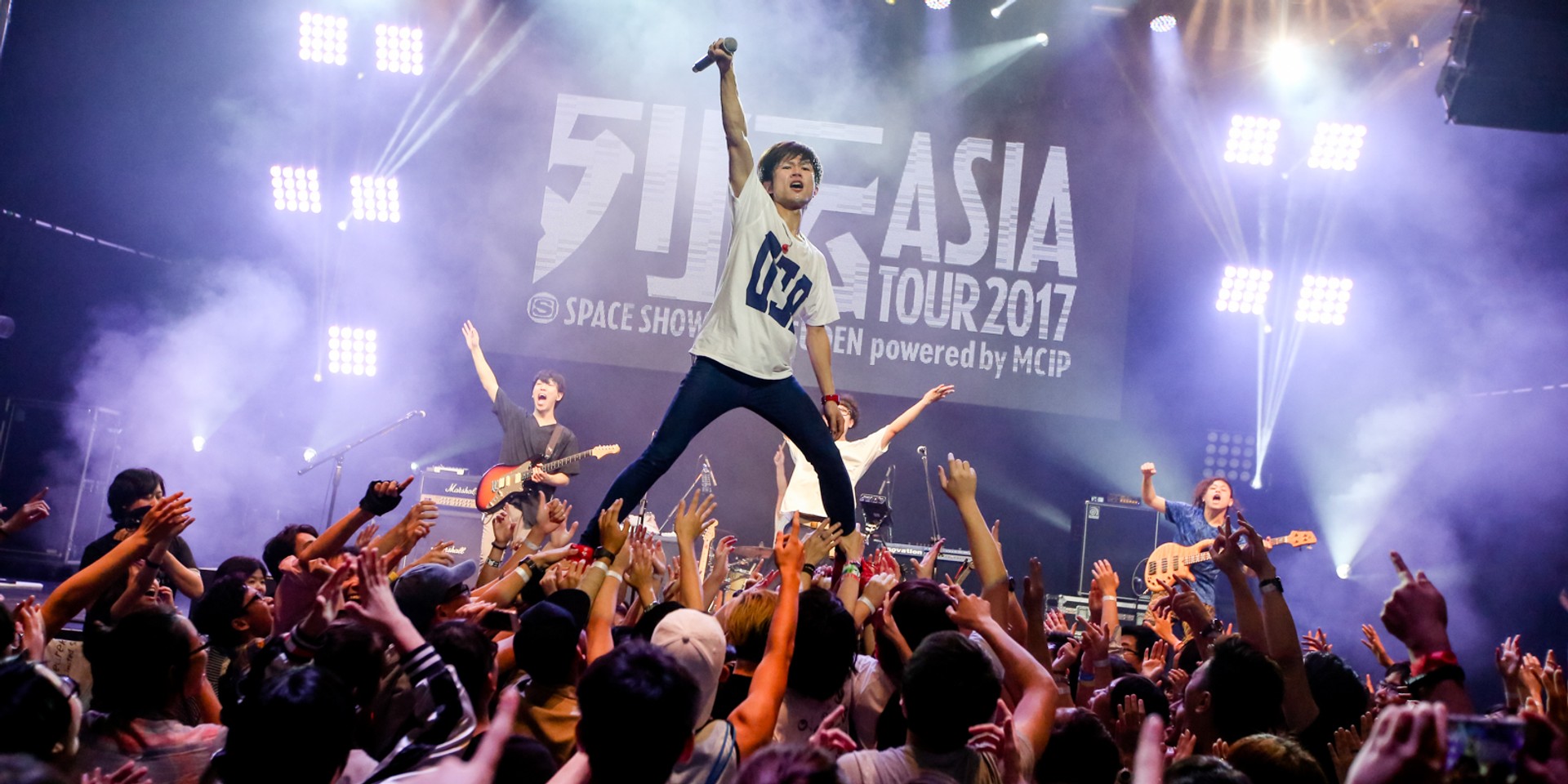 Space Shower Retsuden was a night that promised glitz, glamour and glowsticks — a platform unlike any other from a country so vastly distinct with its music industry.

But while the nightclub's complex lighting setups bedazzled audiences, it was a special sight witnessing the work ethic, stage presence, and the performance aspect of all four bands hailing from Japan.

First and foremost, Japanese bands show up on time, and they seriously give any working artist and band in the 21st century a run for their money just on punctuality alone. 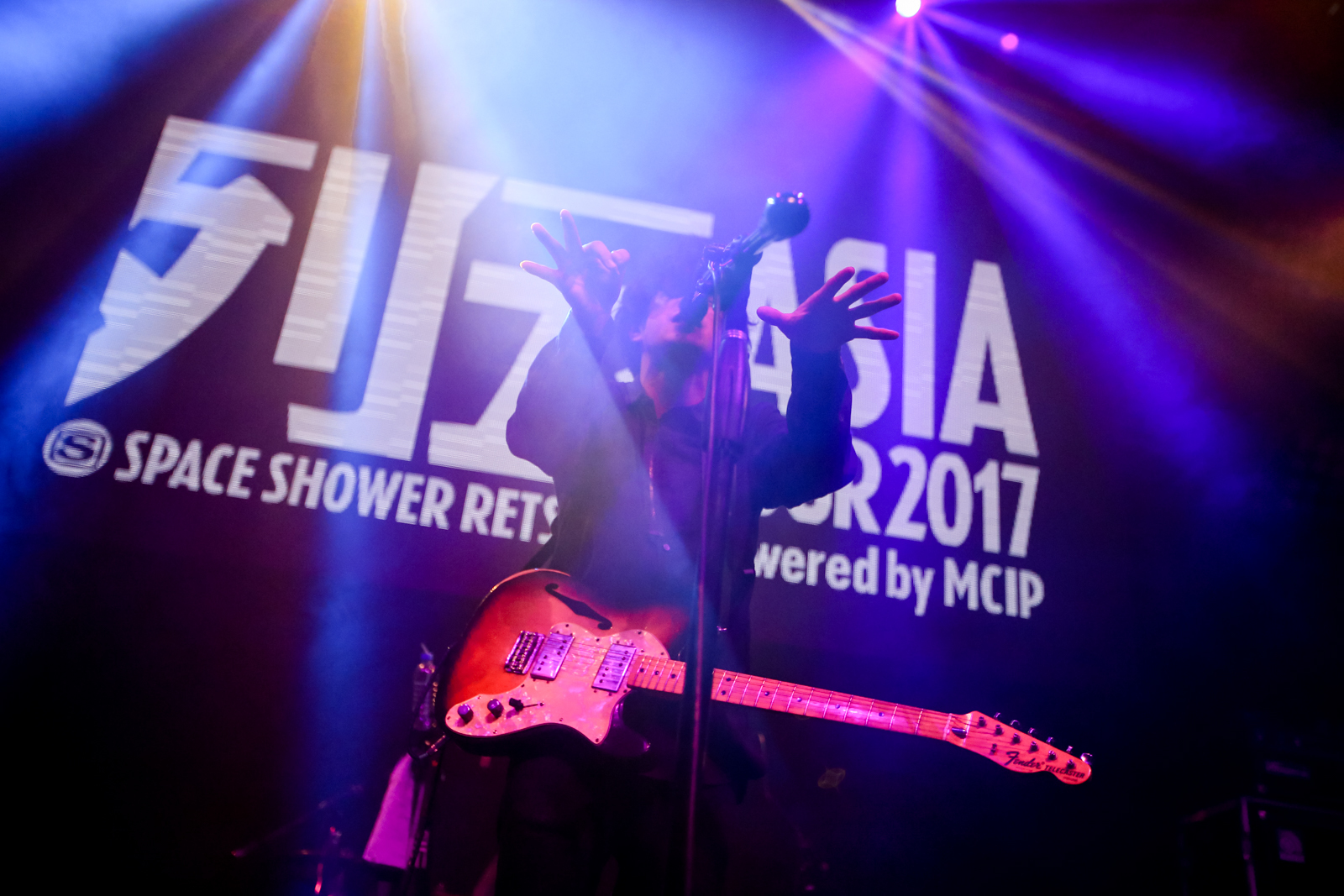 Dance moves were also a lot more enigmatic and group-oriented, with the crowd being invested in adding to the vibe and atmosphere, insofar as really matching up to the hypnotic grooves a band like Frederic would produce, for example — even a surprise Hadouken move from the lead singer of Kyuso Nekokami, so you probably get a visual representation of the mood that night.

As far as lighting is concerned for indoor venues in Singapore, I think 2017 is killing it. And for Space Shower's stage lighting, it left me speechless — bright reds and chartreuse greens shone through expertly during the poppier moments of the set, and the composition at some points left me absolutely gobsmacked during the show. 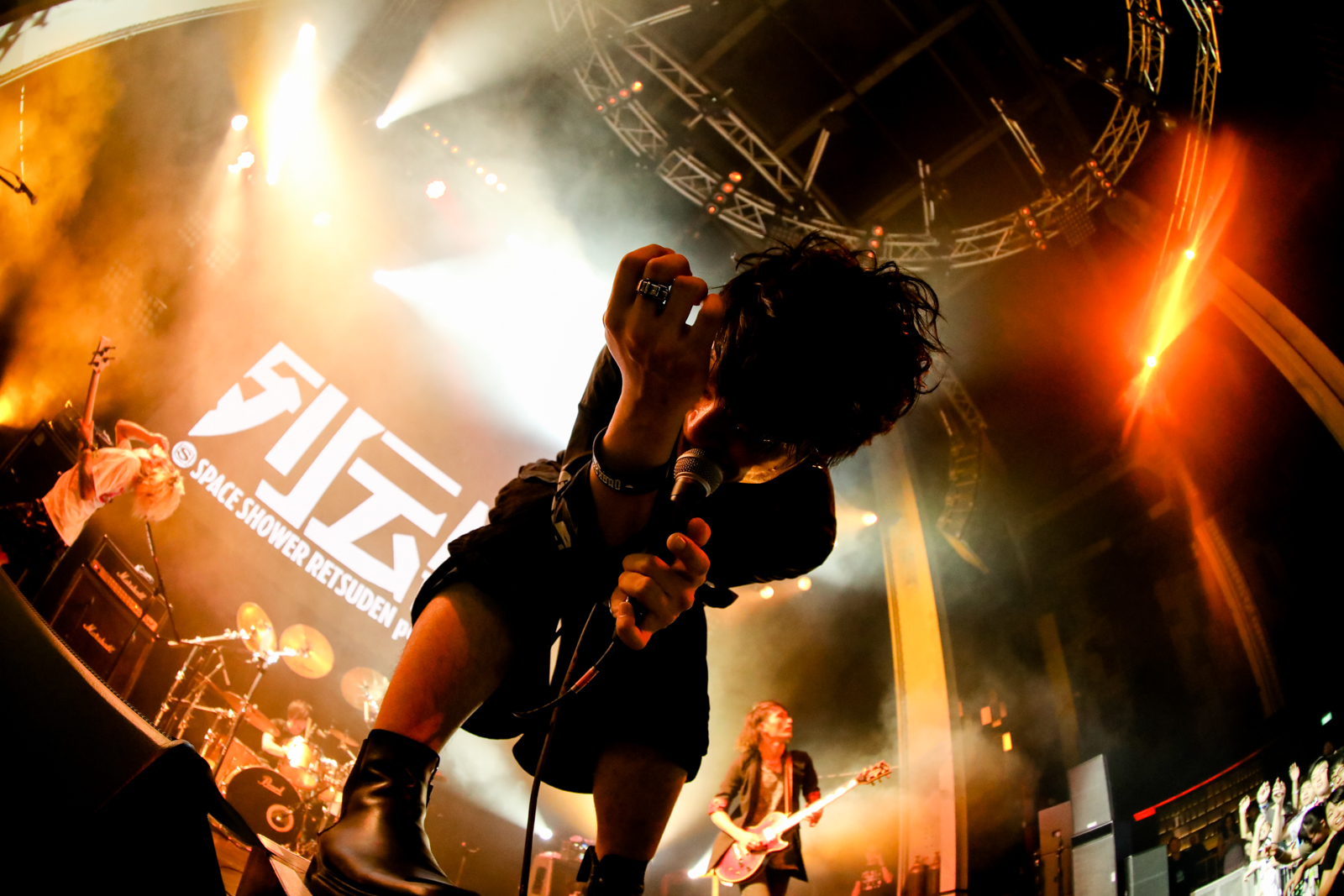 I’m not a lighting expert in any form, but when that aspect heightens the performance value in a way that is just so clear and noticeable, it’s really hats off.

With the interplay of cream and tungsten undertones focusing on each band member for the last band, in a way that reminds me of that drum solo scene from Whiplash, one can only stand in awe and appreciate the greatness.

The Oral Cigarettes, 04 Limited Sazabys, along with Frederic and Kyuso Nekokami more than brought their A games that night, stringing each hit (Yes, 'oddloop' was played) like it’s routine and being vocal with their gratitude of the crowd and being able to represent their country and scene overseas.

“Thank you for loving Japanese music,” says bassist of Frederic, Koji Mihara, as another member starts reciting three different versions of a phrase — Japanese, Mandarin and English — to the 400-strong crowd.

If there is a thought to excavate from all of this, it’s more to do with the structure and integrated marketing of the show as a sort of mini-fest — incorporating all these bands and packaging the show in a way that really makes fans feel like they’re getting their money’s worth.

This isn't a really new concept in any way, bringing bands from a certain country with a certain vibe and genre — Hostess came close to it in 2014 — but the consistency and its unifying concept are all very impressive. 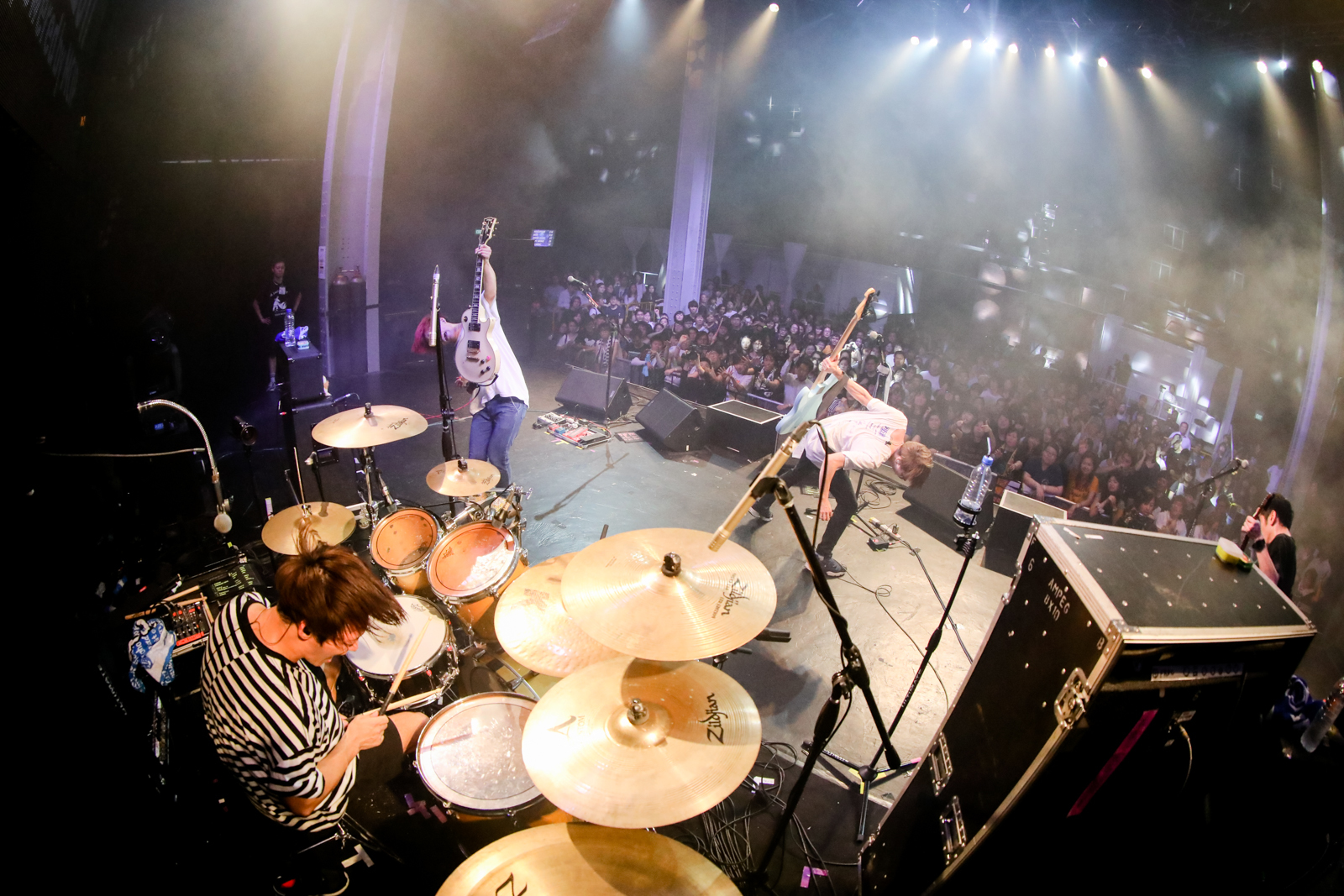 This model could very well work for a whole range of eclectic artists and bands who may not find it financially worth it or even feasible to just tour solo, and I just think a lot of music promoters, booking agents and label personnel could take away something from this.

Could this be a new integrated concept we should look towards as we strive to push forward getting our sounds from our regions across more effectively?

Space Shower Retsuden began in 2001 as a showcase for burgeoning indie bands, and now it's a viable tour package. While we're not sure a Baybeats Asian tour would necessarily work — you just can't buy the loyalty received by Japanese acts — a similar concept, maybe not just for Singaporeans, but for Southeast Asian acts, would maybe broaden an audience reach like never before.

Because, at the moment, this concept seems to not just be working fine, but it seems to be working exemplary. 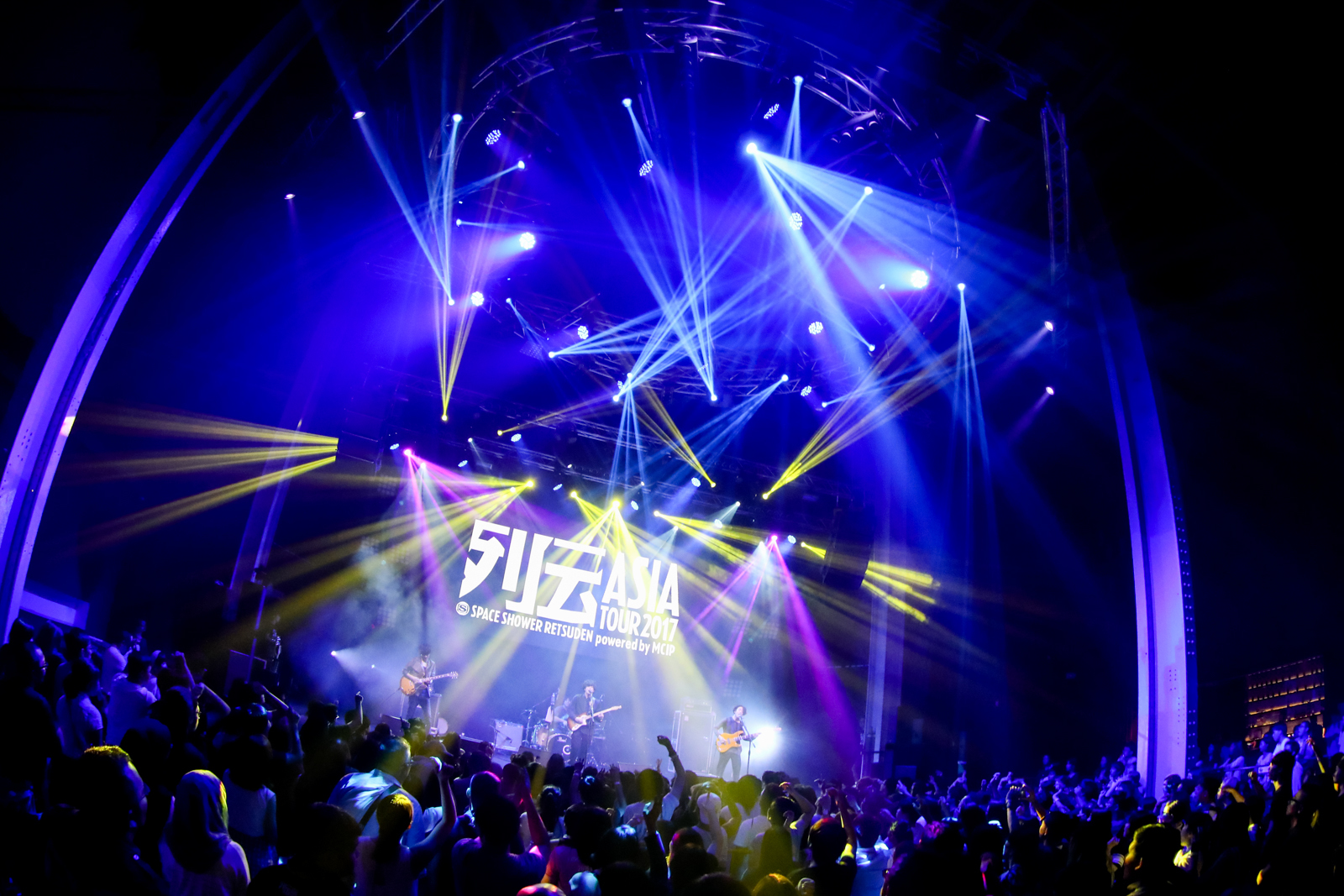 Special thanks to Amuse Inc. Asia for the invitation.