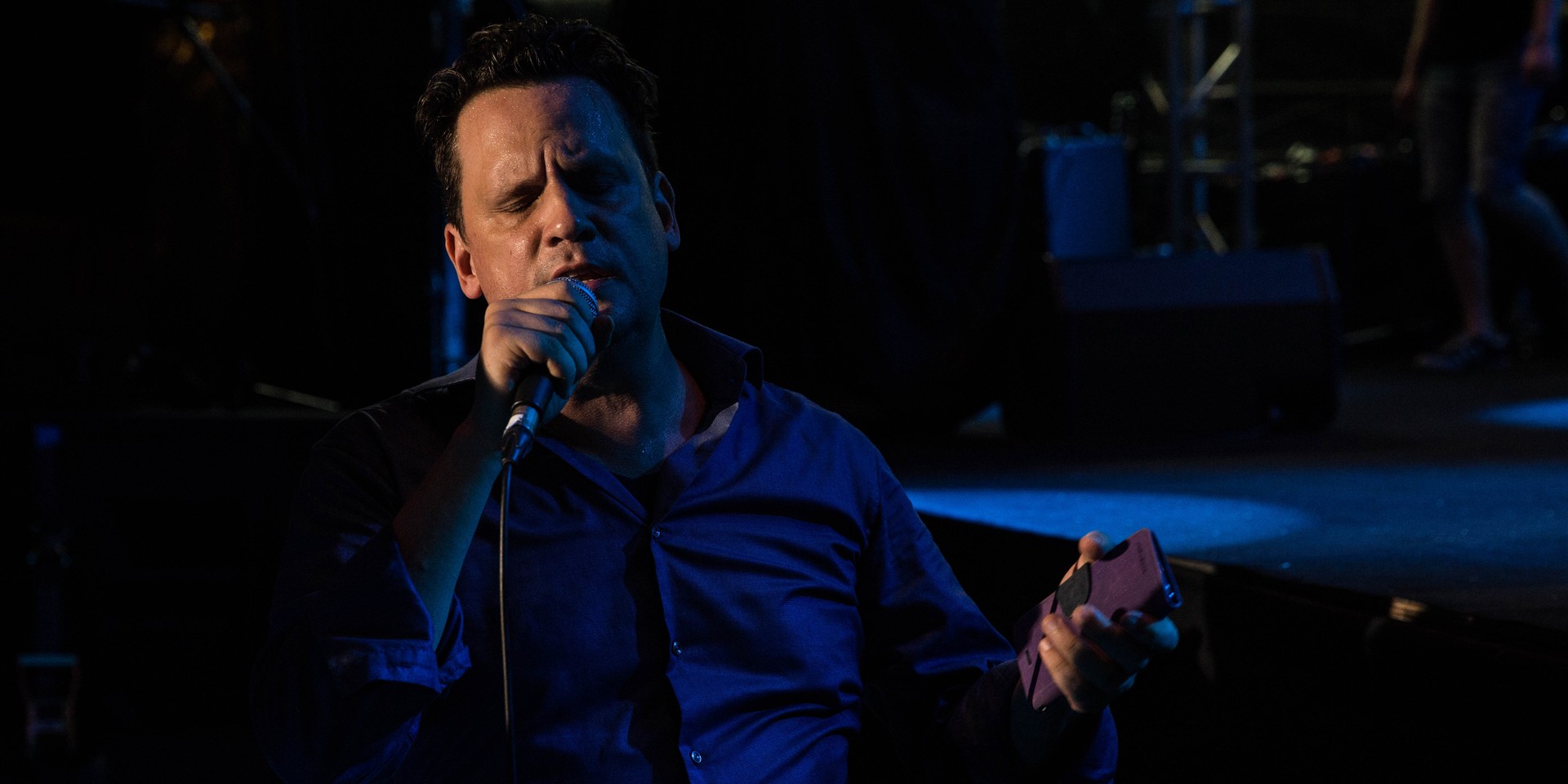 The controversial Mark Kozelek of Sun Kil Moon may be notoriously volatile, with a questionable sense of humour at best, but a song on his latest album may just be one of his most endearing — and someone from Singapore has something to do with it.

A song from his latest collaborative album Jesu/Sun Kil Moon, branded with the curiously long title of 'Last Night I Rocked The Room Like Elvis And Had Them Laughing Like Richard Pryor', details a letter that Kozelek received from a fan in Singapore named Victor, who apparently flew to Australia to watch him perform.

Kozelek claims in the song that Victor is "now the co-writer of this song," and that he's awarded a songwriter's share of 25%. He explained the song in detail with The Office star Rainn Wilson in an interview, where he said that letter, along with another fan letter, moved him and its timing "fit perfectly into the work in progress that is my creative life."

During our interview with Kozelek, we got him to give his thoughts on coffee, Netflix, cats, hip-hop and more.

Read the letter and stream the full song below:

"Dear Mark, thank you for the amazing gig you played in Melbourne in March of this year
I flew from Singapore to see you and I don't know if you remember but we met outside
I was wearing a Pearl Jam t-shirt and you said it was cool
For me, you and Eddie are the best two vocalists and songwriters of our age
Thank you for allowing us to all move to the front of the hall when you came onstage
Somehow the internet gave me a back row seat but after you let us move I was right down the front
I love the new record and the way you are getting more personal each and every album
I think it's one for the fans, for the people that have listened to you for twenty years, not for the hipsters who only like you because of Benji
I bought my family members in London four tickets for the Barbican gig this week, wanting to get as many people I know to hear you and share your music
The main reason I'm writing is because of the negative press from the gig, English press are ridiculous just trying to get any controversial story they can
Anyone who knows you will know you're respectful and they don't get your sense of humor
Don't let it get you down, your real fans will always b here for you
Please keep making the music and touring the tours, take it easy and yes please do come back to Singapore"