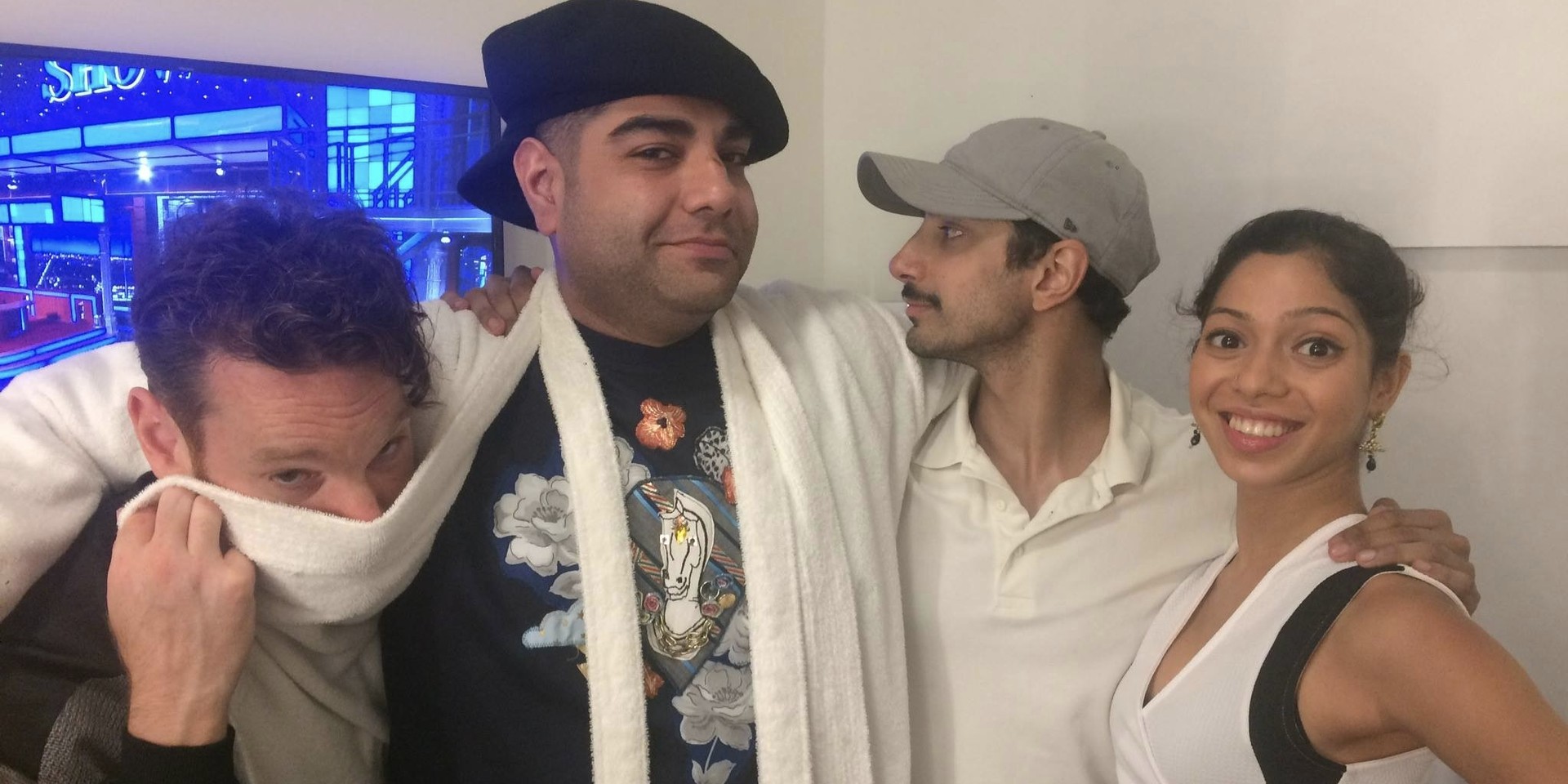 What could be a more fitting show for a cheeky, politically charged hip-hop act to have their TV debut in, than a late-night talk show by one of the most well-known political satirists of today?

Swet Shop Boys went on The Late Show with Stephen Colbert today and performed "T5", off their album Cashmere, on national U.S. television for the first time since the group got together in 2014.

READ: Songs by Asian and Muslim musicians to jam to in this post-Trump world

True to their form, the boys' performance displayed how seamlessly they meld the ridiculous with the sobering and serious — a fitting testament to what world events have been like, if I may say — from Riz MC's taqiyah (a hat which Muslims wear when entering a mosque) matched by Heems's attempt to bring back the backwards Kangol (of Samuel L. Jackson fame), down to the interpretative dance of in-flight safety demonstrations at the beginning.

Keep an ear out for Heems giving a shout out to the late Prodigy (Mobb Deep) right before the freestyle.