It is quite a special show for the final instalment of Syndicate Subsessions in 2013. Vandetta has already displayed her talent on our Bandwagon Sessions some time back but we have yet to witness Octover take the stage for a full-length live set. Since entering our radar with the much acclaimed self-titled album earlier this year, Octover has received favourable reviews internationally - count Pitchfork as one of them! Octover will be performing with an ensemble of Kerong Chok (keyboards), Adam Shah (drums), and Andy Yang (bass). Along with the duo, the first lady of Syndicate, Cherry Chan will also exclusively debut tracks from her upcoming release, Poncho Poncho. In this special performance, Cherry will be featuring a little ensemble of “Lux”, “Miro” and “Tin Tin” conducted by Natalie Soh and visual art from various mystery artists, stringing together the music story of Poncho from the dark to the quirky.

We spoke to the two artistes ahead of the much anticipated show on Saturday. 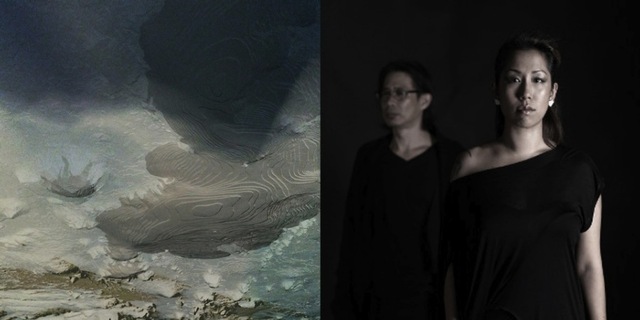 Congratulations on the accolades! How does it feel getting all this exposure internationally?

Thank you! We’re happy people like our music but really, we’re still the same. Waking up, working, spending our downtime with our friends and loved ones. We’re quite happy with the simple things.

How did the decision process go behind choosing the three musicians who will be joining you for your upcoming Subsessions set?

Adam Shah, Andy Yang and Kerong Chok are three fantastic musicians. We’d worked with them individually on some other projects and we thought it would be fun to just throw all of us together. This is the first time we’re trying out a line-up like this and the rehearsals have been great so we’re looking forward to Saturday.

What importance do you think Syndicate holds in a small music scene like ours?

It’s a unique sound and style in the Singapore music scene but more importantly The Beat Invitational at the club nights and Syndicate Subsessions have given musicians an outlet to express and experiment. There’s a level of expectation but no pressure, which is a great balance.

Would you say this upcoming live set is only the beginning of Octover or will other projects take precedence in the future?

We’re definitely busy with other projects but it’s an exciting time for Singapore music and it’s fun for us to just watch and listen. We never made Octover with the intention of becoming some huge band. We’ll just take things as they come, which is how we’ve always worked.

2013 is coming to a close. Have you guys decided on your favourite records of the year?

The Inner Galaxy by Kiat, 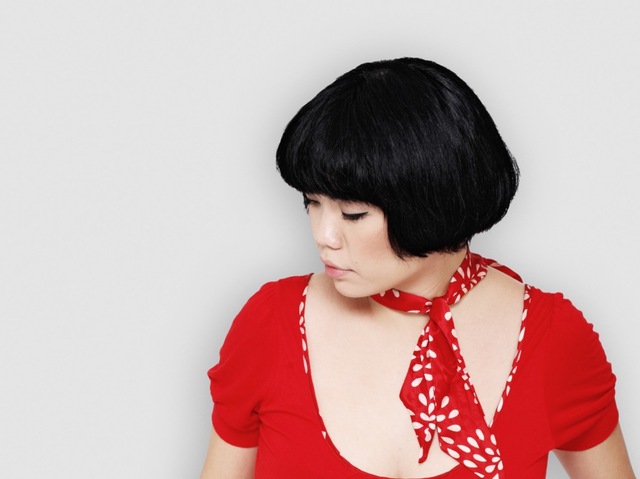 What spurred you to record this solo debut album Poncho Poncho?

It wasn't a sudden spur to be pursuing a music career as I don't see making music in that way i.e. making a career out of it, I just see it as part of life, a really nice feeling part like eating delicious food slowly or talking to good friends. A few years ago, I started taking my time experimenting and archiving bits of my thoughts and stories in different formats. Music happens to be one of the medium. I think I would still be doodling around, makings bits of music at home if the Syndicate boys (namely Max Lane!) didn't throw me a Substation show slot and said cheekily "your turn now!".

Judging from the concept of your album, there seems to be a strong childlike element pervading it – tell us about your inspirations behind the concept.

I suppose the name Poncho Poncho has a childlike ring to it. I was having difficulties putting some old memories down on paper and found it easier to make a soundtrack to them. It was great in the beginning as I had vivid images stuck in my head but as time went on, one part of me wanted to continue making the tunes and there was another part of me reluctant to immortalise them into music tracks. So the process was like a child in the sandbox, making, destroying  and rebuilding, not quite sure where things are leading. But I think that's life right?  We all have problems and worries and how we respond to it takes us to different places.  Poncho Poncho is my way of capturing that part of living, through my lens. Plus it's kinda fun to spring a character into the world...

As the “first lady of Syndicate” tell us more about the beginnings of the collective and how it has progressed to what it is today.

That's a lot to tell since so much has happened and so many peeps have become part of the fam! Syndicate started in 2010 over some drinks with Kiat and Darren Dubwize. We thought it would be interesting to come together and throw a different type of gig night, blurring the lines between music & visuals, playing the more leftfield & experimental side of things, back then in 2010, there was little of such in the clubbing environment and importantly - to have the freedom for music & visual artists to create what they want and to present it properly. Then Yazer, Max Lane, Rafi Dean, Izaak Stern joined us for the first gig and it evolved from then with new artists added whenever we find them!

Many people might be surprised but there wasn't a serious roadmap for world domination or to grow big... the focus was always on the environment to make music and visuals freely without commercial market consideration. It begin that way and still is important that, there is a sense of freedom to do things from the heart. We embrace failures in the quest of making, the collective is loose like a bunch of good friends, gigs wise executed professionally so it doesn't let down the creator. We are just a bunch of music and visual makers helping each other or other fellow artists outside of the collective to get their ideas made at the end of the day.

Today, we are very appreciative of all the opportunities given to us, alot of interesting works been created along the way and it's not just towards gigging opportunities like having Gema & Vandetta at the upcoming Laneway Festival Singapore alongside respected band The Observatory, or being invited to play at Worldwide Festival in France, Low End Theory & Brainfeeder in Los Angeles. Those gigs are really neat and we love the experiences especially when it's not just one of us but if we can get a bunch of us up there playing. But one of the things which we are really fond of, is listening to all those wonderful tunes shared at Beat Invitational (the early hours listening segment at Syndicate nights where collective members and non members share their musical sketches, ideas) that is always magical. Shouts to all those who graced the Beat Invitational!

What can we expect from this exclusive set?

Well to me personally, it's meant to be the opening chapter of a Poncho going out to the world, but to the audience, they can take whatever they want out from it. It'll be nice if they tell me though what they felt upon hearing the tunes. Be interesting to know what it reminds them of.

Other than that, there'll be appearances from Natalie Soh (from Serenaide & Lunarin) with Lux, Miro, Tin Tin. Miro is a 100 hundred years old violin whom I feel the need to bow to whenever we meet. I'm rather excited to be hearing the tunes on a proper system out of the studio.  Some tracks might make it to the album but some might not be played ever again. We'll see.

Seeing that this will be the last Subsession in a while, what does 2014 hold for Syndicate?

I don't know, we'll probably ask everyone during Xmas celebrations what they would like to do in 2014 and see how we can make that happen!