Taylor Swift, arguably the biggest pop star in the world right now, may have had questionable stances when it comes to the shaky debate of music streaming but her actions have actually made a tangible impact — in this case, causing tech giant Apple to reverse their decision on withholding payment towards artists during the trial period of their streaming service Apple Music. Possible PR set up or not, it shed light into the grey area of proper royalties to both major and indie artists in an age of cloud streaming and declining digital download sales.

If there was one lesson that you can learn from it, without having to direct it again to music streaming, is that Taylor Swift is pretty damn powerful. Powerful enough to overturn a crucial decision by an entire corporation.

She's also powerful enough to come back to perform in Singapore, just over a year after performing here.

Also powerful enough to get Kendrick Lamar (aka the realest Negus alive) to beef up a archetypal Taylor Swift breakup song.

Yup, Taylor Swift will be returning to Singapore on her 1989 World Tour. Having had three well-attended shows at the Singapore Indoor Stadium, Swift will be back at the esteemed venue on 7 and 8 November.

While she stopped by last year as part of her RED Tour, this upcoming tour showcases Taylor Swift armed with her brand new singles off her massively successful album 1989. No doubt for fans who were there last year, this presents a brand new opportunity for them — along with those who missed out the first two times — to sing along to chart-toppers 'Shake It Off' or 'Blank Space'. 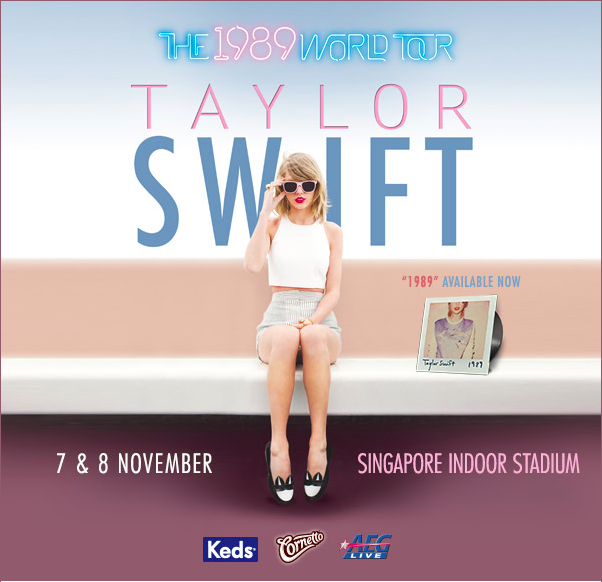