We're taking the streets this time! In Season 2 of the Bandwagon Sessions, we hit the outdoors with the our bands and artists. Where in Season 1, we kept to the vicinity of our office HQ, we decided on a breath of fresh air, quite literally, for this one. So look out for familiar streets and landmarks in the background, we wanted to go as public as we could with the music this time, part takeaway show, part STB promotional video (jokes). And if you have chanced upon us while filming in the streets, here's the final product! 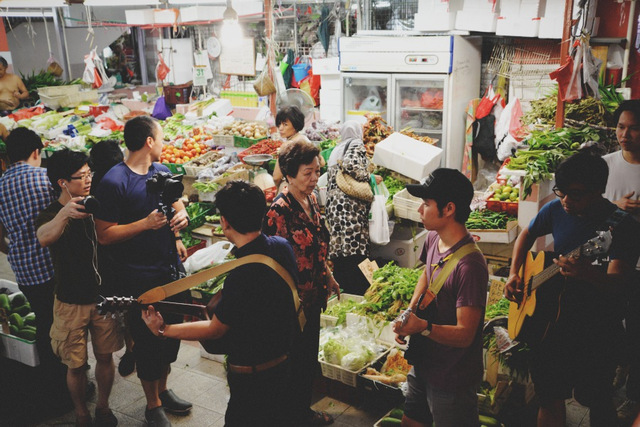 They'll be playing the big stage at Urbanscapes 2014 next month but before that, they're trying out the heartlands. To market, to market, Cashew Chemists didn't mind taking a trip to the wet market, complete with their instruments and some good non-slip shoes. Showcasing a stripped down version of their breezy indie rock tunes, the boys took on the crowds and put on quite a show among the fishmongers and vegetable sellers.

Cashew Chemists will also be performing at Urbanscapes 2014. Get in the roadtrip action on THE BANDWAGON as we take you on an all-in-one ride up to the Highlands. Get your tickets here!