A few days ago on a slow day in the Bandwagon office, Delfina was trying to get me to watch Portlandia by showing me some choice clips from the show. The premise revolves around the satire of hipsters and hipster culture in the hipster mecca of Portland, Oregon, a show saturated with hilariously exaggerated hipster archetypes such as hostile bike messengers and judgmental vintage store owners. It was pretty funny, but I still had seasons of Breaking Bad and Modern Family to catch up with. One of the clips I watched featured a reality that felt really relevant - everyone’s a DJ right now.

It is pretty true; it seems to me that everyone is just getting into electronic music and/or trying to get their fingers into its figurative pie. Everyone we know is into electronic producing of some sort. The members of Mogwai and Bloc party did their DJ sets here. Thom Yorke is doing it. Boy George is doing it. Even Paris Hilton is doing it, dammit. Hell, even I dabble in electronic shenanigans once in a while, for the lulz.

You can easily see why more people are becoming interested in getting into the game. Now, as compared to before, the variety of tools and equipments for any aspiring electronic music producer has widened, and they’re much cheaper now too. 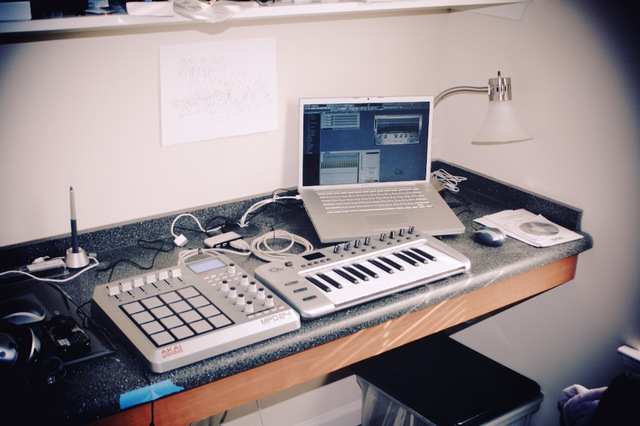 You can easily see why more people are becoming interested in getting into the game. Now, as compared to before, the variety of tools and equipments for any aspiring electronic music producer has widened, and they’re much cheaper now too. No money to buy the hardware for your sampling, synths and beats? No problem. Digital audio workstations like Logic Pro, Ableton Live, Reason and Garageband are easily downloadable. Don’t know how to use them? No biggie. There’s always YouTube tutorials and a variety of classes available for anyone to learn the tricks of the trade. See, anyone can be a DJ now.

It is an obvious fact that the genre is currently gaining acceptance in the mainstream. Electronic music in mass media today is inevitable - action movies have energetic drum and bass soundtracks, video game commercials feature dubstep, the radio top 40 will have at least a few songs with DJs in it. Pop music now embraces wholeheartedly the influence of club, house and general EDM music into their mass produced arms. The Black Eyed Peas collaborated with David Guetta in the exceptionally grating 'I Gotta Feeling' and a few other similarly tiresome songs. Rihanna made the fairly catchy 'We Found Love' with Calvin Harris. Come September we’ll be listening to Kanye’s collaboration with Skrillex (I seriously don’t know how I’ll react to that). No doubt, electronic music - especially the club banging genres of House, Dance and Electro - has successfully permeated the mass consciousness and is now more than ever widely accepted.

Of course, electronic influence in typically non-electronic music is not at all a recent phenomenon. Utilization of new technologies of the electronic persuasion were popularized as early as the 70s, when musicians of Krautrock and Synth Rock were heavily featuring the newly invented Moog synthesizers into their music. Dance beats and synth notes came to dominate the music of the early 80s, with bands such as Devo and Depeche Mode leading the trend. There was also of course New Order, blending New Wave with electronic stylings, a sonic departure from their previous incarnation Joy Division (RIP Ian Curtis). Portishead and Nine Inch Nails came by in the 90s, experimenting and exploring the darker, gloomier sides to electronic sounds. And who could forget Radiohead’s Kid A in 2000, a triumphant electronic masterpiece filled with swirling soundscapes, frigid melodies and neurotic tendencies. The pattern in history just goes to show that musicians will always find new methods to push the boundaries of sound - if new technologies are able to create new sounds, new tones and timbres, they’ll find a way to make it fit into their music. Just look at Bon Iver’s attuned 'Woods' and Björk's usage of the Reactable.

Even music of the heavy affiliation are no strangers to the growing electronic invasion. This is where we find fusion genres, where bizarre labels like nintendocore, electronicore and cybergrind get thrown around in an attempt to categorize this new sound - a hodgepodge of synth beats/loops, blast beats and chugging distorted guitars. No, it doesn’t sound anything like the industrial metal stylings of Nine Inch Nails and Godflesh, where the electronic beats and samples actually make sense and blend together with the foreboding metal rhythms. Bands like Attack Attack!, Enter Shikari, Sky Eats Airplane actually make the dissonance apparent in their songs, clashing the sonic elements of electronic and electric together. It makes listening really uncomfortable at first but once the concept clicks, it sounds surprisingly awesome.

The band Genghis Tron (awesome band name innit??) for example play a brand of music best described as a tug of war between dance music and grindcore. Their album Dead Mountain Mouth remains to this day as one of my favorites of all time, because it is just too damn fun to listen to. It’s original, it’s quirky, it’s badass. Others may feel repulsed by such a combination but hey, whatevs bro I like it.

The pervasion of electronic influences has also not escaped indie/alt music, but then again, it has always been present. It’s just that the inclination towards having a more pronounced electronic sound is more visible now. The XX, Cut Copy, Hot Chip, Tenderfist, Toro Y Moi; they never shy away from wearing their love for looping, samples and other bleep bloops on their sleeve. Solo artists like Sleep Easy, Com Truise and Grimes maximize the use of electronic tools such as laptops, samplers and synthesizer loops to flesh out their sound.

The combination of indie sounds and electronic music are never too jarring however - the two components have always had a comfortable mutual relationship, often overlapping over each other’s margins. Some musicians have even gone all the way into exhibiting their digital love, such is their devotion. Thom Yorke - unabashed electronic enthusiast - has made many amazing tracks with a number of notable electronic producers; a list that includes Modeselektor, Flying Lotus, Four Tet, Burial and UNKLE. The inclination is evidently featured in Radiohead’s latest endeavor The King Of Limbs, a record brimming with densely layered electronic sounds, grooving beats and pixellated melodies. It doesn’t match the epic apocalyptic soundscapes of Kid A, but it’s still engaging as Radiohead can be I suppose. Local musicians Amanda Ling and Ginette Chittick, much like Yorke himself, flit in between DJ sets and live performances with their respective bands, expressing versatile facility in fields both electronic and electric.

Electronic dispositions in alternative music are not necessarily a bad thing, even if we do sometimes miss the basic organic sounds of guitars, bass and drums. It does make for a more entertaining live set, for the musicians of the electronic order have the capacity and the tendency to improvise melodies on the fly. The art of live looping and improv jams should be familiar to them, and the spontaneous nature of the live set makes their performance more engaging, more intimate for the spectators.

Skrillex and The Rise Of Brostep

In recent times, we’ve all noticed the shift of dynamics in EDM - the rise of Skrillex and the league of Americanized dubstep, or Brostep as we know it. As a music journalist, I’d have to describe Brostep in proper technical terms: it’s a combination of dubstep with electro and house stylings and a metal-esque aggression. It’s a genre deeply rooted in American culture - loud, violent, harsh, obscene - and Skrillex (the former vocalist of From First To Last, one of our favorites from our teen emo phase) has been elected as the figurehead of this new genre, a genre enjoyed by Fratty American Bros. 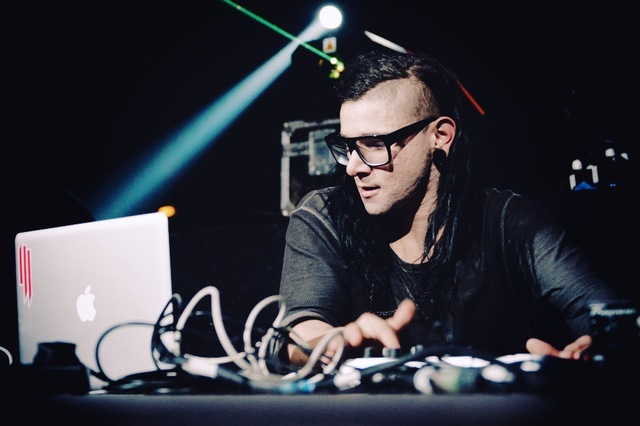 Despite all the criticism thrown at the genre, it appeals directly to many young people, most of them ravers and party goers, who’re generally not very exposed to anything else of electronic nature. Even though brostep has indeed brought about an effective crossover of electronic music into mainstream consciousness, it is not very good representation of the electronic music umbrella. It’s like Guitar Hero and Rock Band: they can popularize and make the original content accessible to the masses, but it’s nothing compared to playing real instruments, playing real songs. My only hope is that through brostep/popstep/whatever, people will start exploring the treasure trove of more refined and sophisticated electronic genres.

Speaking of how the electronic sound has permeated into mainstream music and culture, what about the reverse situation? Can electronic music incorporate non-electronic influences? Yes says Pitchfork writer Martin Clarke: this new direction of Post-Dubstep “is not one genre”. It comprises of the “the best of UK funky, house, grime, juke, kwaito, jungle, and electro while still nominally looking like bass-led rude pirate house” and the incorporation of other genres such as ambient music, post-rock, synthpop, R&B.

The thing is, the musicians under this Post-Dubstep umbrella never sound the same because the influences they choose to assimilate vary so broadly. The Weeknd mixes electronic beats and dark ambience with his R&B vocals, James Blake and Mount Kimbie take their bass lead music and combine it with minimalist ambient sounds, Purity Rings take synthpop and dreampop to a whole new deeply electronic level, while Burial and Four Tet love warping samples, loops and notes and transforming them into stylized ambient dubstep. The result of their modifications to the electronic genre is jaw-droppingly amazing. The tracks may sound simple but the layers of sound compressed into it and the atmosphere it produces make Post-Dubstep one of the most intellectually stimulating music genres around today.

Just like how we’ve moved on from acoustic to electric, perhaps we’re also doing the same towards electronic. This is human nature; we're always seeking out, discovering and mastering something new. It doesn’t really matter if we do or don’t, we’re all still in for an exciting future in sound. 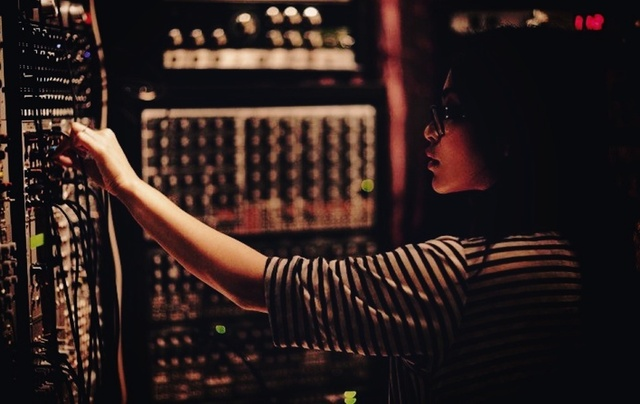