History is to be made for a few people at the Hard Rock Café tonight but before I tell the tale, I’ll have to explain what’s at stake here. For those unfamiliar, the Hard Rock Rising is a global Battle of the Bands where Hard Rock Café franchises around the world select the best band of their own and send them to compete for the chance to play alongside some of the biggest names like Bruce Springsteen and Paul Simmons at the historic Hyde Park. The finals of the Singapore leg is to be played out between three bands, Glitched Roots Project, Moochie Mac and Superfriends and Green Monster as they battle it out for the gold.

First up on the roster was Glitched Roots Project. The band; a fusion of rock with a twist of reggae, sounding like something Bob Marley would be proud of, entered the stage scattered with dimly strobe lights. The band decked in the reggae colors (the three-shade tone of green, red and yellow) looked overwhelmed as the crowd poured in. 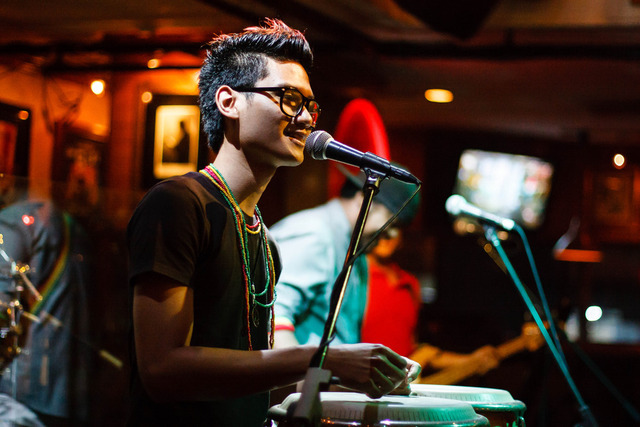 The band did a rendition of ‘Born in the USA’ which oozed with a clear distinction of happy rock. I was honestly amazed at how they could squeeze a solo in their songs in which it felt like I was huddled in and out from Reggae paradise to a hard rocker’s mosh pit. The bassist gave the crowd something to cheer and woo about as he showcased his flexibility with his bass guitar contorting his arm in weird angles that looks incredibly unachievable.

Moochie Mac and Superfriends a veteran in the music scene opened with a funny anecdote of their tour in Japan before breaking into a surprising riff of ‘Beat It’ which sent shivers down my spine. Lead singer, Hayashi was clearly comfortable in his skin before a crowd as he casually challenged the crowd to a shout off before he shimmied into the first song, Sex Machine, a cover by James Brown. 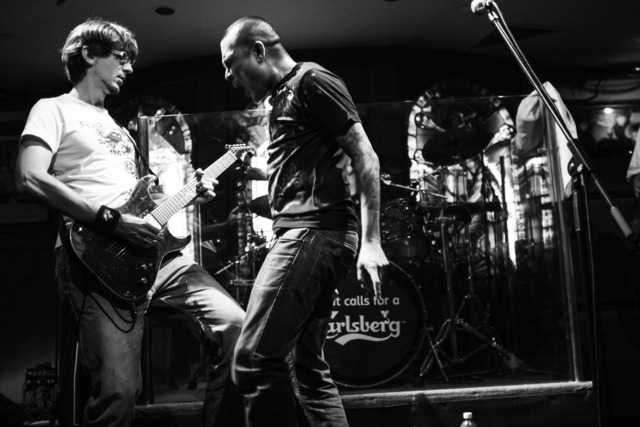 I think we could all agree that Hayashi’s maniac moves would certainly be the talk of the night, as he looked like he could give Axl Rose a run for his money with his sleek moves and boyish charms.

Although the band’s showmanship was a clear 10, the band lacked in musicianship; although the hooks were unbelievably catchy (in “Hold Ma Hand”), the rest were unsettling on the ears on occasions; I could and would blame it on the sound system for I am hooked onto their Moochie Mac love.

Rounding up the night was Green Monster; the group was definitely dressed for the moment, in their classy suits as they looked like they just slipped out from a ‘Men in Black III’ premiere. With their set just placed right after Moochie Mac, I would say they have got a tough mountain to climb, but they certainly didn’t shy away as they brought more sweat and blood to the stage with their musty and gusto fight. 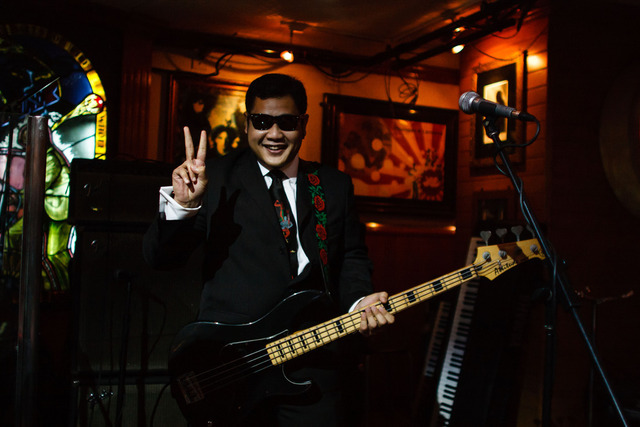 The performance itself was breathtaking. Musically; the searing harmonics of the twin guitars topped with Muhaimin’s feisty vocals complemented each other as they made exemplary use of the space on stage to start a mini-riot with the crowd going wild. You could see that the band knew exactly what was at stake as the bassist had to stop mid-performance just to catch his breath for rocking too hard.

Setting up an example for future bands, Muhaimin said it best, “It doesn’t matter whether we win, at least we had fun.” showing true spirit of the competition.

We the Thousands, a runner-up to last year’s event took the stage as the judges huddled around to tabulate the scores. Showing why they were in it in previous years, they delivered an energy bursting set from start to finish. If I could compare them to a band, it would be a cross between Story of the Year and Billy Talent. The band so enigmatic in their performance showcased their new song, ‘Ground Zero Affair’.

As expected, the band seemed to have matured since the last time they performed at this very stage. With all that experience, it would seem like they would give the competitors this year a run for their money.

As the music swelled and throbbed to a near silence, the announcer emerged with a card requesting everyone to gather on the stage swarmed with equipment. You could see the intense look on everyone’s faces as Glitched Root Project’s name was mentioned first with their score of 400 points. But it was Moochie Mac and Superfriends who were given the golden ticket to move a step closer to London as they emerged winners from a close fight with Green Monster with 429 points. Hayashi surged forward to hug his family and friends and shower them with much love and kisses with Queen’s ‘We are the Champions’ playing in the background. 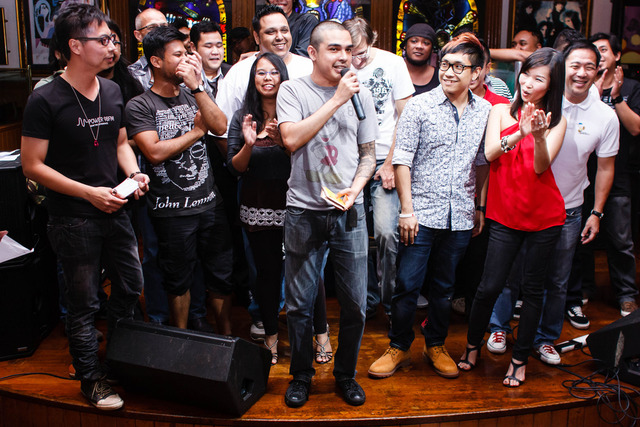 As the night drew to an end, nobody really cared that midnight was approaching. With the camera flashlights going haywire on Moochie Mac and Super friends, everyone was still reeling from joy as the band made their celebratory toast after their encore set. I would say I was the happiest for I have seen so much raw talent in one night; one would probably even suggest a revival in the music culture in Singapore.