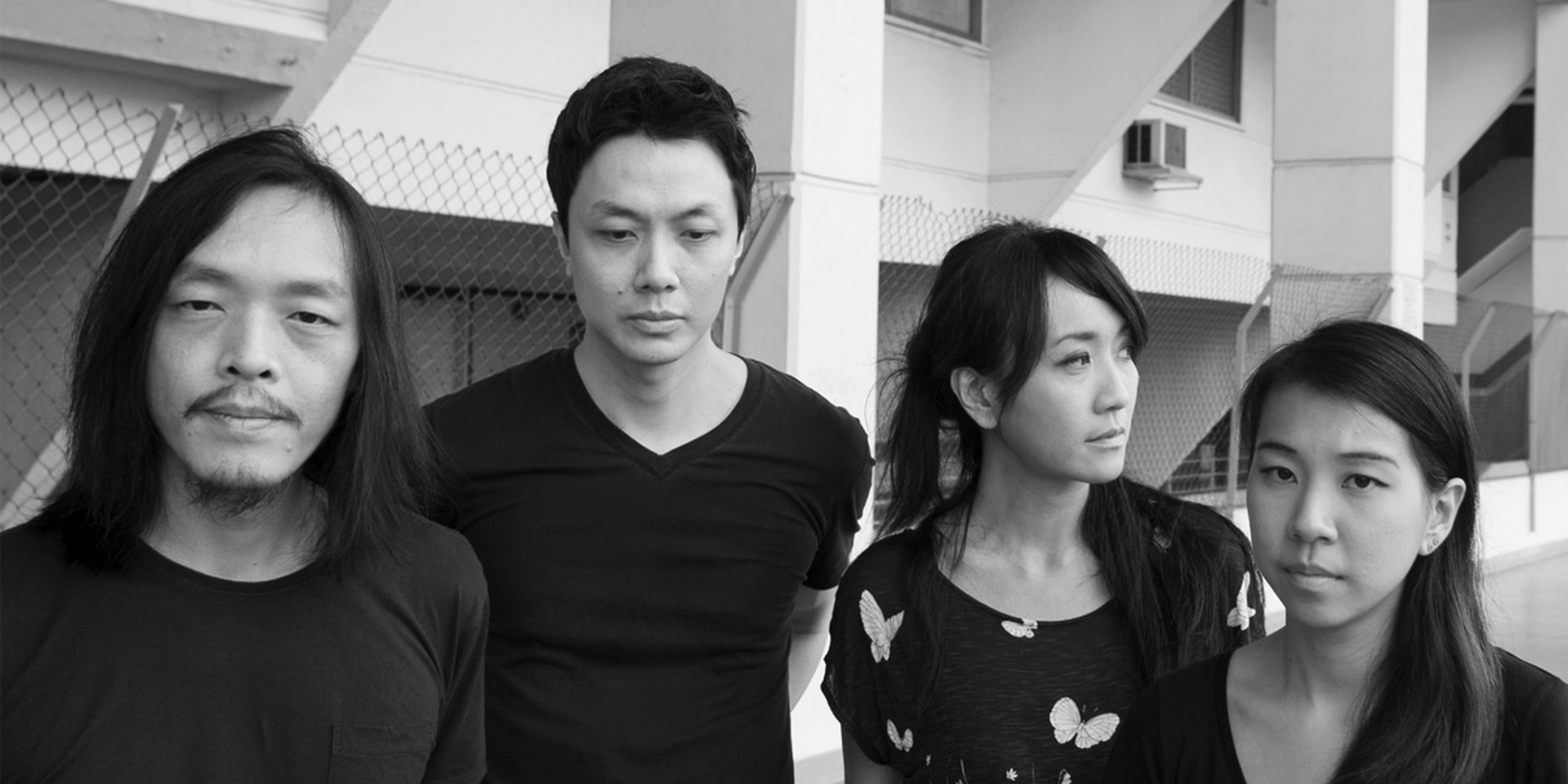 The six-part record features the quartet handling Balinese instruments, with a help of a select group of session musicians, while applying meditative structures and seamless textures that work as both a respectful tribute to Balinese music and a powerful piece of art that dictates the band's intense commitment to vivid sound.

The piece was performed in full, coinciding with the album's release in July 2015. Joining alongside Singaporean and Indonesian musicians of varied talent, The Observatory were more than capable of bringing the album to life, in a packed Substation room on both nights.

OBSERVE AND LEARN: THE OBSERVATORY

"As much as we respect and embrace the spirit of gamelan and its traditions, we always hope to incorporate new developments into our compositions, as seamlessly as possible," says frontman Leslie Low, who also gives Bandwagon an exclusive track-by-track insight into the album — a project years in the making.

Stream it here and delve into the trance-inducing rhythms of Continuum, as Low talks about the instrumental technicality of the project and the meaning behind the album's definitive conclusion.

Parts 1 to 4 were written and recorded in Lodtunduh, Bali on the six reyong pots we had custom made to our Continuum scale of our own devising.

This six-note scale comprises of E, F, F#, A#, C, D#. We were interested in two main elements featured in Balinese music. Firstly, they are the interlocking rhythms called kotekans, that fascinated us. Secondly, how beat frequencies are employed specifically to add flavor to the sound of a village’s gamelan instruments.

Each of these villages has a specialized tuning that showcases their own beat frequency vibrating at their own rate, uniquely different from other villages. So we fashioned our gamelan instruments with special emphasis on having different beat rates in one single instrument across the keys. So they sound ‘livelier’ than most traditional Balinese instruments. There’s a 17 count pattern that happens; this motif is tied into the intro of the song but evolves and crosses polyrhythmically across the bar lines of 8/8. You will hear our first attempt at writing kotekan for two drums here. 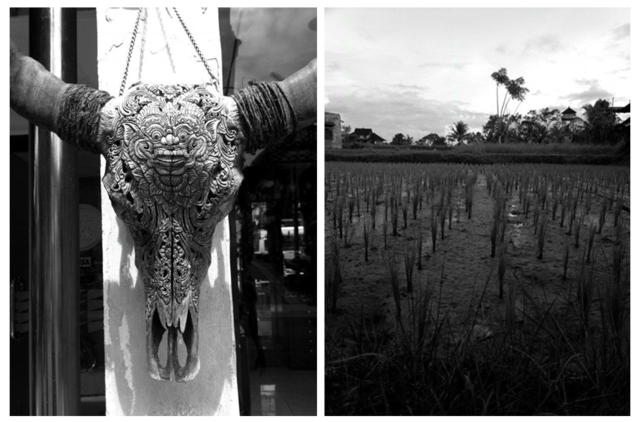 Images from The Observatory's trip to Bali in 2012, as research for the project.

This part is mostly an improvised segment. Haykal plays guitar and interplays with the reyong patterns. Our guitars have also been prepared to work with this scale. All six strings have been tuned to the scale. You can hear it in Haykal’s guitar parts throughout the record. Viv uses her synth to emulate the rhythms and sound of the reyong.

An extended technique was used on the pemade by Haykal, choosing to bow the bronze keys with a violin bow for a pure tonal swell from the individual notes. I also did some vocal looping inspired by the shifting voices of Ligeti’s Requiem. Its space and pace were inspired by early Norwegian Electronic music of the 60s created using prepared guitar (Bjørn Fongaard) and modular synthesizers (Arne Nordheim). 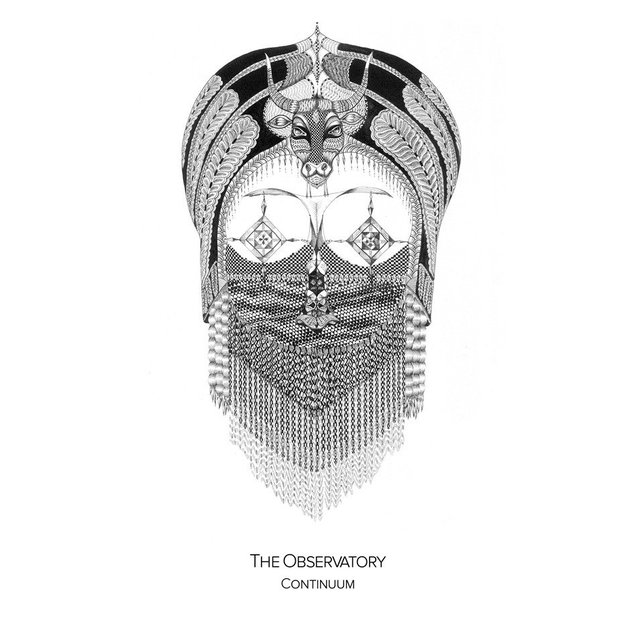 "...there’s a definite IDM and minimal techno touch to Continuum, mixed in with surprising Afrobeat rhythms (we’re amazed at the gamelan’s versatility) before it all crescendos into The Obs’ distinctive thunder of brood and doom."

This is really fun to perform during our launch concert. It’s in 6/8. Viv does vocal looping which is the highlight. The kotekan drums are interlocking with Dharma’s psychedelic sounding lead guitar. It’s a stream of consciousness piece essentially with emphasis on repetition and the trance-inducing effect that the gamelan instruments create with the vibrations of the beats.

Set in 9/8. Strangely inspired by UK band Talk Talk. The meter though, was an experiment in a certain disjointed stillness, and it kind of worked in 9/8. The first drum pattern introduced is in 8/8, as it snakes across the 9/8 melodic phrase awaiting the 9/8 drum pattern to provide an anchor to the piece. It resolves to 8/8 for the second half when the music opens up into a resolution. 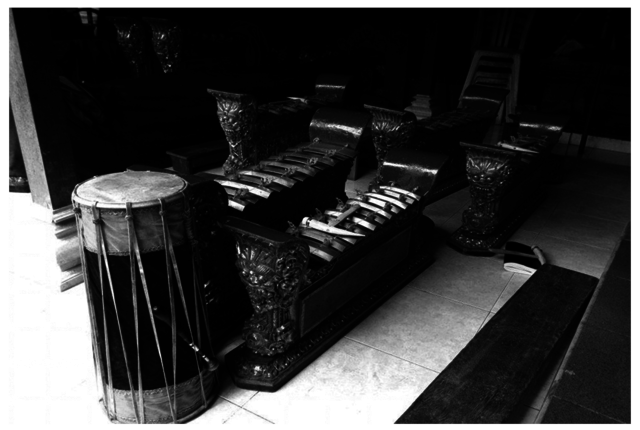 This was written when I got back to Singapore. Thinking that a piece with lyrics might work to end off the album. So 'Mankind' was written during the same sessions when I was recording the drums, guitars, ceng ceng, jegogans and pamades. Lyrically inspired by Jiddu Krishnamurti’s thought processes, it fits in well with the doom’s day vibe of the scale of our gamelan instruments.

It’s basically saying we are all responsible in some small way for what a mess we and our earth are in now; also the illusion of security manifesting itself in what most of us have in our homes, a bomb shelter. An extended technique was used on the pamade to create those clock ticking sounds you hear on Mankind by Haykal, using steel ball bearings.

Continuum is out now on The Observatory's official Bandcamp page. The album is available on vinyl, CD and digital formats.