No Singaporean has made a bigger impact in the global electronic scene than Xhin.

The techno iconoclast has become a legend around these parts, sans press or fanfare, largely due to his incredible body of work. After stunning discerning pundits with independent releases such as Xycle and Supersonicstate, Xhin quickly got snapped up by noteworthy labels worldwide such as Meerestief (Stuttgart), Stroboscopic Artefacts (Berlin), and most recently Semantica Records (Madrid).

His dark, experimental and severe forays into techno, ambient and IDM took Europe by storm, leading to a high-profile showcase on Boiler Room and a 4.5/5 review for his 2011 opus, Sword, by the notoriously critical and hugely influential publication Resident Advisor, amongst other plaudits.

His latest album though, has been dropping jaws — not just because of its outstanding quality, which is expected of every Xhin release — but because he’s unexpectedly dropped a guitar-centric rock album! Take that in for a second.

Written, produced, recorded and released solo, this self-titled record is described as a “very personal album” and it certainly is a side of Xhin’s musical persona that most fans never expected to see. Equal parts progressive rock and post metal, this virtuoso effort is a feat that most bands would struggle to pull off as a unit. Here, Xhin displays complete mastery of his craft, handling all composition and instrumentation by himself, showing that he’s a genius is various disciplines. It's a long ways off from his techno work, but what it does share is Xhin’s characteristic intensity and technicality.

We took some time to catch a brief chat with Xhin about his transformation from a techno demigod into a raging metal beast.

Hi Xhin! Of course, you’re best known as a techno producer and DJ. So what inspired you to make a post-progressive rock album?

Hi there! Well, first of all, I’ve been playing the guitar for more than about two decades now and suddenly I had the urge to make a guitar-centric kind of stuff again. So about a year and a half ago, when I completed my last EP for Semantica Records, which is called Claw Eyes by the way, I started to think that maybe I should make another album. But a very personal one. So without thinking too much and just followed my heart and went with it.

Could you describe the writing and recording process for this? Did you make this album solo or with a band?

I normally would start playing the guitar until I come out with some cool riffs and start to work from there and then piece them together to make a proper piece of music. All tracks were written with an 8-string guitar however some of the tracks like ‘Vovin’ and ‘Dayoo’ were actually written with a 6-string guitar and then moved on to complete them with the 8-string.

Yes, this album is a completely solo one but it didn’t plan it out that way in the very beginning. My drummer friend actually suggested to record his drumming in a proper studio in Berlin, but it somehow went way beyond my budget so I decided to program all the drums using EZDrummer all myself in my home studio in Singapore. 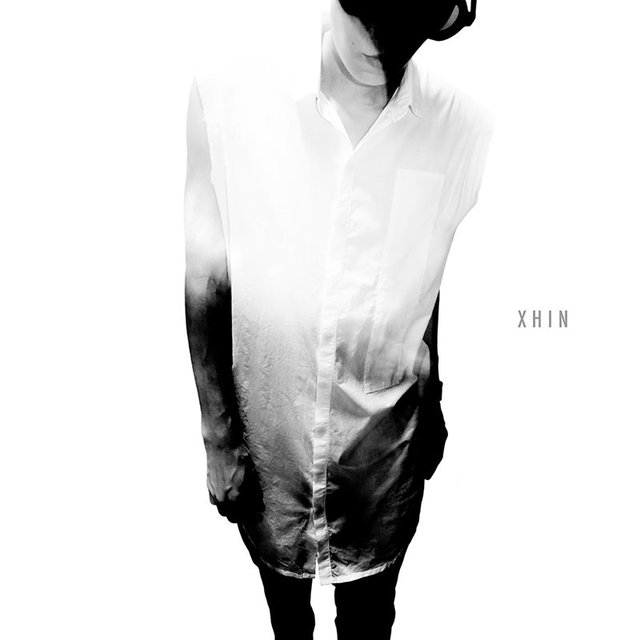 The album cover of Xhin's self-titled album. All instruments were performed by the techno producer.

Was this outside your comfort zone? What was the biggest difference in approach in making this as opposed to your techno productions?

I wouldn’t say that this is outside my comfort zone because playing the guitar has always been my first love. Before I was known to the world as a techno producer and DJ, I have actually played in various bands locally. So writing or recording “band” stuff feels like a second nature to me. And with the technology we have these days, we don’t even need to go to recording studios unless you want to - we can do everything in our home “studios”. Although technology has made things easier, I still have to play the guitar and piano parts manually and record them in real time. As for electronic music stuff, it is pretty much a computer-based or a quantised kind of production. So you see there’s a huge difference.

What’s the most important thing you learnt from making this album?

I have gotten better in creating melodies, I think.

The reaction to the album has been overwhelmingly positive. But were you apprehensive about how this work would be received by your fans?

Thanks! Well, not many fans know that I can do other stuff besides electronic music so I thought maybe it’s about time for them to know a little bit more about my background and roots. 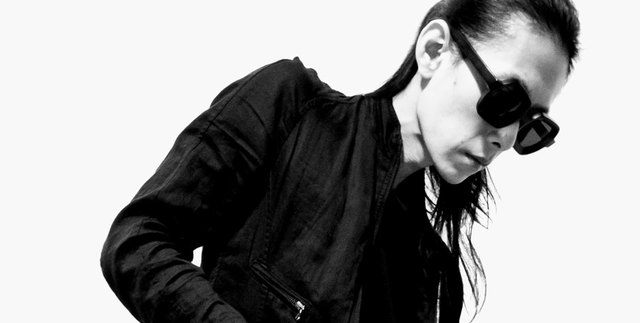 What’s next for you on the techno side of things? Could we look forward to any upcoming releases on Stroboscopic Artefacts or elsewhere?

Newer tracks are still in production so it’s too early to decide where the tracks are going to be released. But, I have some remixes are due to be out soon.

You’ve had a storied two decade career. What are you proudest of?

I’m just very lucky and blessed to have my work recognised by so many people in this whole universe.

What’s your opinion of the techno scene in Singapore today?

The scene is definitely getting better, especially with clubs like kyō pumping out quality music every single weekend. And I am not just talking about techno alone, but rather music in general.

This album clearly showed that techno is not just about the 4/4 beats. I have learnt that the  definition of techno is technology. Be it hip-hop, breaks or whatsoever.

Yes, everything by Allan Holdsworth because I am a huge fan of his chord scale and voicing techniques.

LANGUAGE I THE CONTORTIONIST

Really dig their new vocalist on this one. And their new musical direction. Very inspirational.

Everything by Aphex Twin. My biggest influential artist of all time.

THE EPIC I KAMASI WASHINGTON

This album is a game-changer.

Xhin's self-titled release is out now on Bandcamp.