The Used was poised to perform heavily off their latest record Vulnerable as they make their stop in Singapore for the very first time. But tonight was just one of the nights where ‘out with the old and in with the new’ didn’t exactly apply here.

With a very half assed introduction to stage, the Used kicked things off playing “Listening” from In Love and Death. Bert McCracken sporting a lovely head of pink surveys the crowd before he concedes, “It’s a f*cking disgrace that we took this long to get here”. 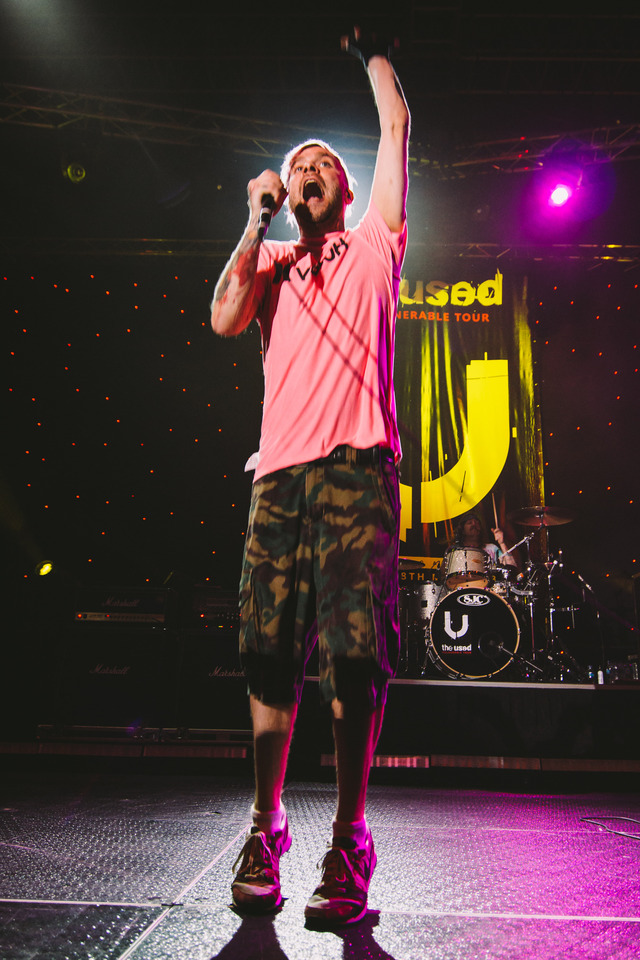 Between the razor sharp guitar riffs and eccentric antics onstage, it’s agreeable that the band has changed much over the years and yet still managed to remain as the youthful rocking quartet circa 2002 from Utah. They have ditched their frivolous outwear for grown up clothes (Quinn lost his hair!) but their unorthodox personality and music seemed to have changed little except for the better.

Even though there was no need to banter, Bert swapped jokes during the quieter parts of the show, which drove the crowd into a state of delirium, “I came here with the intention of having unprotected sexual intercourse with you guys. That’s legal right?”

It seems like the set was designed to make up for lost time, for the most parts the band was ripping through their old albums like a dagger through a sack of rice, straight to the center with a mess that’s impossible to clean after. A point worth mentioning; after “Pieces Mended”, Bert went about his usual way of promoting his album, “When you’re f*cking down and out, know that you can always f*cking steal a Used record.”

Switching tracks to their newer titles, the band slows down as they attempt to boot some life into their new material. The band made a smart choice delivering only two tracks from Vulnerable after the unreceptive response after “Put Me Out” that prompted for Bert: “We are going to play a few old stuff, how about that instead?“

“Put Me Out” boasts a much more experimental side of the new album, taking on a health conscious approach, “put me out like a cigarette”. It is more Linkin Park than The Used for some parts but with the lethal bite of a Used classic in the heavy hitting breakdown.

Although it might be true that the oldies stay golden forever but all #1 hits has to start from somewhere and the time will come when the likes of “I Come Alive” and “Put Me Out” will remain a permanent fixture in The Used set list and amongst the Used faithful.

By the ninth song, Bert commands the crowd to form a circle pit for “Take It Away”. A vortex hole emerges in the belly of the crowd while fans fall in one by one and buzz about the circle like fast moving neutrons in a pitcher of boiling water. A wall of death soon follows. It’s crazy to see how abiding the fans are to every single word Bert has to say.

But it was way too early for a good night kiss as Bert and Quinn came back onstage to share an intimate moment with the audience. 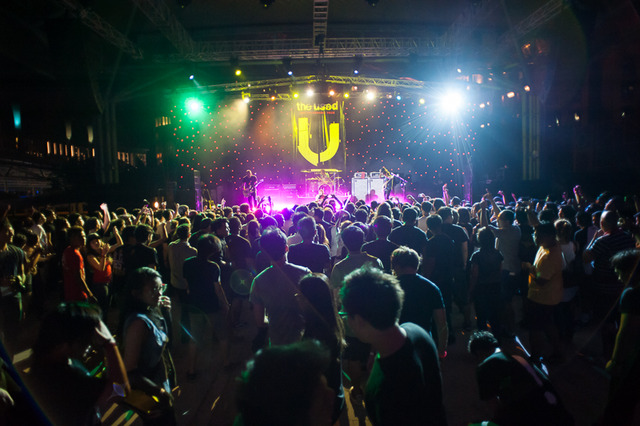 As the crowd calmed down, the humble and down to earth front man sidetracked a little to pay gratitude to his dedicated fans, “Just because we’re making the music doesn’t mean we are better than the people who listen to the music. It’s because of you, that’s why we are here. This is the best crowd we’ve seen for the whole tour! That’s not a lie.” With that he gave a thankful bow and rewarded the crowd with a tear-jerking treacle in “On My Own”.

As the band drew the night to a close, Bert announced they will end on the best fucking song of all time and they shuffled into the introduction of “Smells like Teen Spirit” before bringing the night home to “A Box Full of Sharp Objects” It’s a fitting way to end the night, that raw energy and burning passion rarely seen in times like these, you can tell the band is guilty of loving music more than music loves them.