Let it be known that I am a sucker for anything Hard Rock. Collection of colourful pins and t-shirts aside, that includes the wall of frames, drool-worthy Fenders hanging languorously in their music tombs draped with splashy lights and – oh – even the signature purple Back-to-the-Future Junker that sits above the front door.

Naturally, something like Hard Rock Rising 2012, Qualifying Battle III – where local music hopefuls jam it out for a shot at the prestigious annual music festival, Hard Rock Calling in Hyde Park, London – would make my list. As the name suggests, it is the third qualifying round, and the emerging winner will compete with Glitched Roots Project and Green Monster (from Q1 and 2) for the final battle on 29th March. At exactly 3pm, Derek from Power 98 opens the competition to a boisterous crowd.

As with the previous two qualifiers, each band performs an original and a cover. Sitting on the judging panel, armed with their score sheets and dazzling music rep, are: Heath Wynd (East West Music), Alia (local music artiste), Charmaine (Power 98) and special guest judge Jayson Norris (Mosaic Festival) hailing all the way from UK, as well as peers from competing bands to shake things up a little.

Bands are judged according to their vocal and music ability, stage presence, originality and audience reactions on a scoring basis. When asked what the judges were looking for, Norris replied in his deep, earthy voice, “I’m looking for a band that makes you believe that they believe in themselves.” 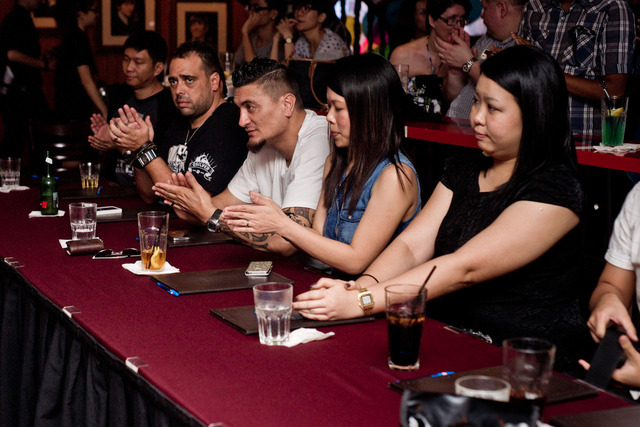 So begins the battle.

Donning t-shirts as bold as their post-metal influences was first band of the afternoon, Sparkledriven Fairytale – although the only thing sparkly or fairytale-y about them were their smiles between songs. Kicking off with a title we are all too familiar with, the band gives Adele’s ‘Rolling in the Deep’ a male persona, dished with some generous servings of screaming vocals and hard beats. Their original was a throbbing blend of seasoned strumming and vicious drumming, reminiscent of Bob Rock. Quite an unexpected fairytale indeed.

Dubbed as babies in the hard rock scene, one-year-old band Dead End Street proved that gold was not just old. In their infectious original number, ‘The Basket Song’, there was a sly play of funk and retro rock, which their bespectacled, checkered ensemble fit to a T. Their quirky cover of ‘Seven Nation Army’ by White Stripes left the audience clapping (and even made a male member of the audience streak across the stage) so that surely after that, everybody would know the name Dead End Street, “from the Queen of England to the hounds of hell.”

With a name like Pariah that means social outcast in Southern Indian caste terms, expect anything but normal and nice from this six-piece Filipino hardcore band. Frontman, Kit Perez says they are “a special mix of old school thrash metal, rock and roll and more”, making their own unique sound – and he seals the deal with his dreadlock-flipping and trance-like Djembe drumming. To be honest it set me in quite a trance so that I couldn’t distinguish between original and cover, and eventually both sounded like an unbridled rollercoaster ride of synth-rock and metal goodness that would put the word Pariah back up the ranks of the upper caste system. 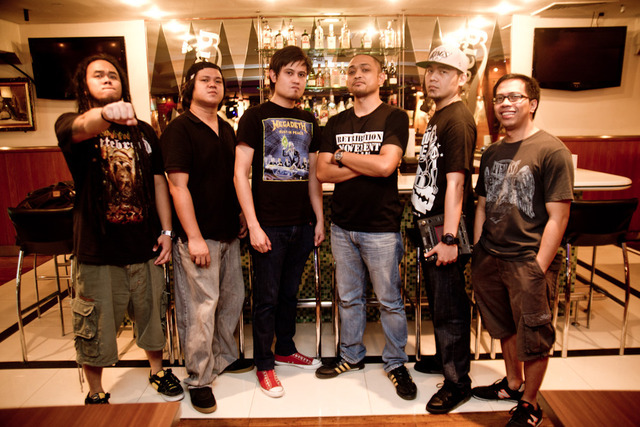 From Filipino to Nihon-inspired funk rock, it was a rocking party in Hard Rock Café. Moochie Mac and Superfriends was the fourth band to perform. Having toured the motherland of cutesy Hello Kitty and dark J-rock GazettE, the self-confessed party conscious superheroes bring their eclectic personality onstage. Colour co-ordinated in white and black and Mickey accessories, the band launched into a punk cover of Michael Jackson’s ‘Johnny Be Good’. Lead singer, Hayashi, is born for the stage with powerhouse vocals and incredible range. His encyclopaedic display of groovy moves and chicken dance would put Ellen Degeneres to shame. Their original entitled ‘Hold Ma Hand’ was an absolute crowd-pleaser, cooing the audience with its sassy rock ballad flavours and grit energy. No wonder this band has Superfriends.

Apparently, BLUT is the only band in the competition with a female lead vocalist. And boy, does she make mayhem. Wrapping up the afternoon was this six-piece band, formed in 2010. They celebrate progressive rock with an endearing bipolar touch – showcased in their cover of Suede and Metallica mash-up. Drifting between sultry jazz riffs of ‘Smooth Operator’ and pulsing electric guitar gusto, it’s hard not to acknowledge their musical talent. While they might have missed out on some audience lovin’, BLUT stayed true to their music philosophy and performed the first original they penned, ‘Black Hearts White Lies’, a sensual palate of dark rock and oh, the bass solo? That was just totally BLUT.

This was the moment the five bands had been waiting for. All that screaming, playing, dancing and singing their hearts out was for this result. The judges came back after ten minutes of deliberation (some beers were downed too) and with all the calm of Returning Officer, Mr Yam Ah Mee, the results were announced. Unlike the previous two rounds which saw a tie, a clear winner emerged this time – the Japanese loving psychedelic bunch, Moochie Mac and Superfriends! The band happily accepted their win and thanked their supporters, friends and Hard Rock Café before going snap happy with the judges and organizers onstage.

Moochie Mac and Superfriends will join Glitched Roots Project and Green Monster in the Final Battle on 29th March, 9pm at Hard Rock Café. So if you still can’t decide if you should go, what about this? Even if not for the awesome Hard Rock Cafe, awesome music or awesome artistes, do it for the awesome chicken dance moves. 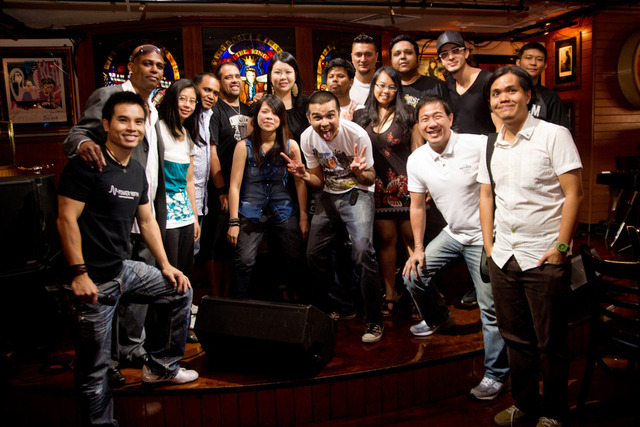 Read about the previous rounds of Hard Rock Calling!