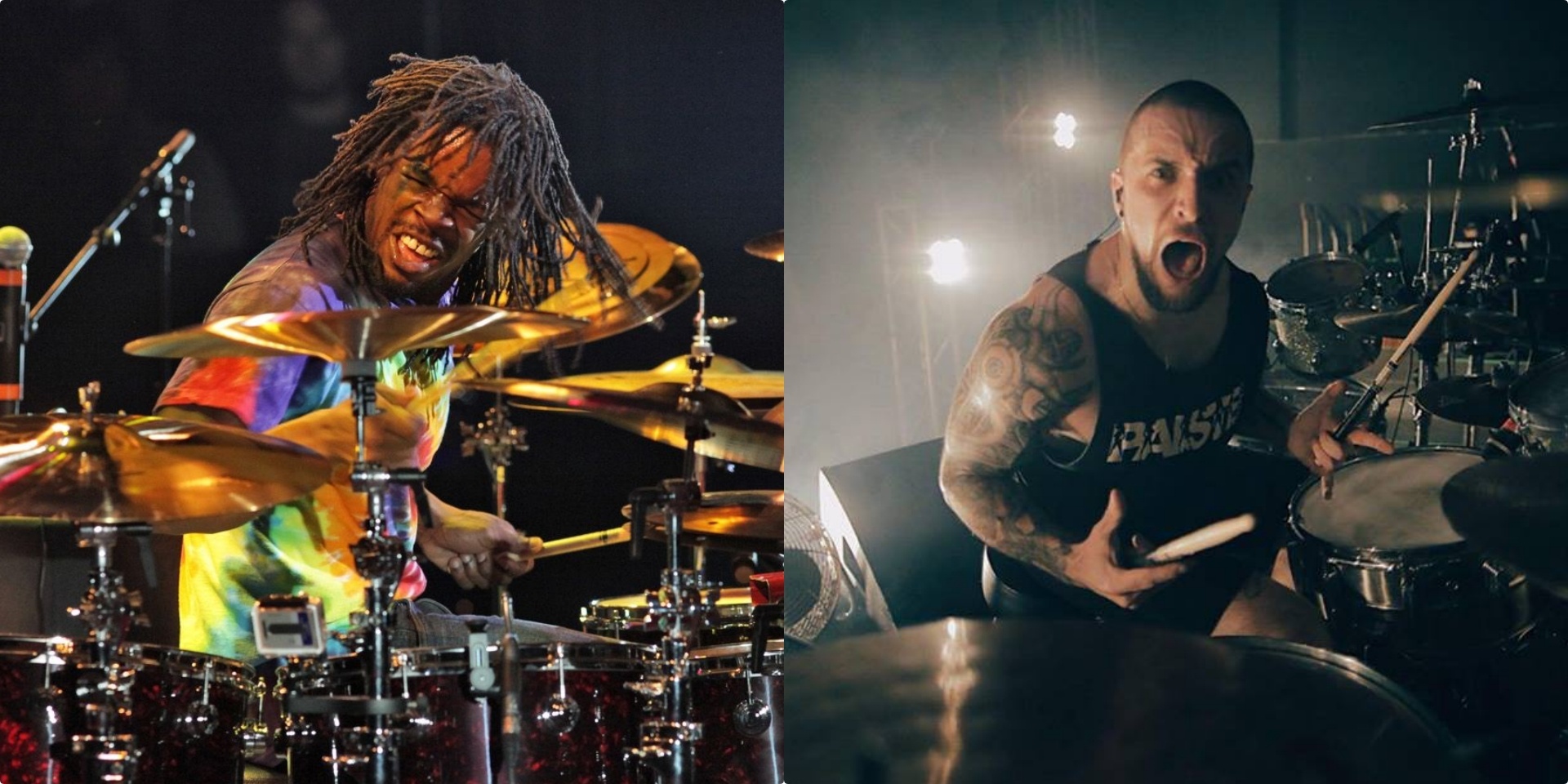 Singapore Drum Fest has announced that it will be holding the Drum-Off Global 2019 competition as well as the Ultimate Drummers Weekend 2019 performance over the weekend of 31 August and 1 September, respectively.

Drum-Off Global is an annual international event and drum solo competition that gives drummers an opportunity to showcase their skills, and further advance their careers. This year’s judges include top drummers and educators such as Jared Falk (Canada, Founder/CEO, Drumeo), Thomas Pridgen (USA, The Mars Volta), Eloy Casagrande (Brazil, Sepultura), as well as drum teachers from some of Singapore's top music schools. On Saturday, 31 August, the Grand Finals of the Drum-Off Global 2019 competition will be held at Level 2 Atrium, Bugis+, from 12pm to 6pm.

The finals will see competitors from countries such as the United States, Japan, Spain, Uruguay, China, United Kingdom, South Korea, Australia, Philippines, Vietnam, Indonesia, Malaysia, India and more battle it out for the title of Grand Champion. Winners of each category will also have a chance to perform at the headquarters of Drumeo in Canada, as well as be interviewed and featured on Drum Talk TV.

On Sunday, 1 September, the Ultimate Drummers Weekend 2019 will see Thomas Pridgen, Eloy Casagrande, Lim Yonghoon (South Korea) and SDJMalik (USA) performing in a back-to-back showcase. The performance will be held at PSB Academy LT3, Marina Square, 1:30pm to 5:30pm. The showcase also includes a Q&A session, during which the audience can gather tips from the performers themselves. Early Bird tickets now on sale for S$75 until 24 August, after which standard tickets will be priced at S$85. 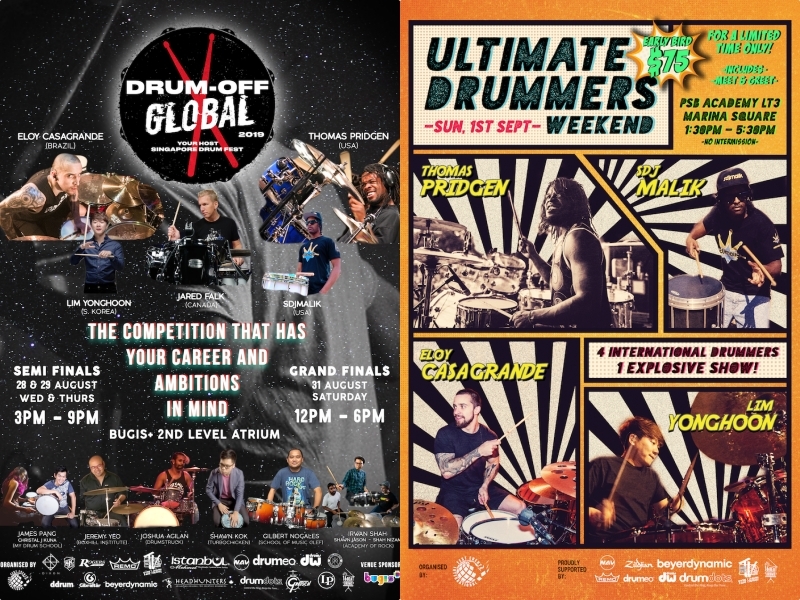