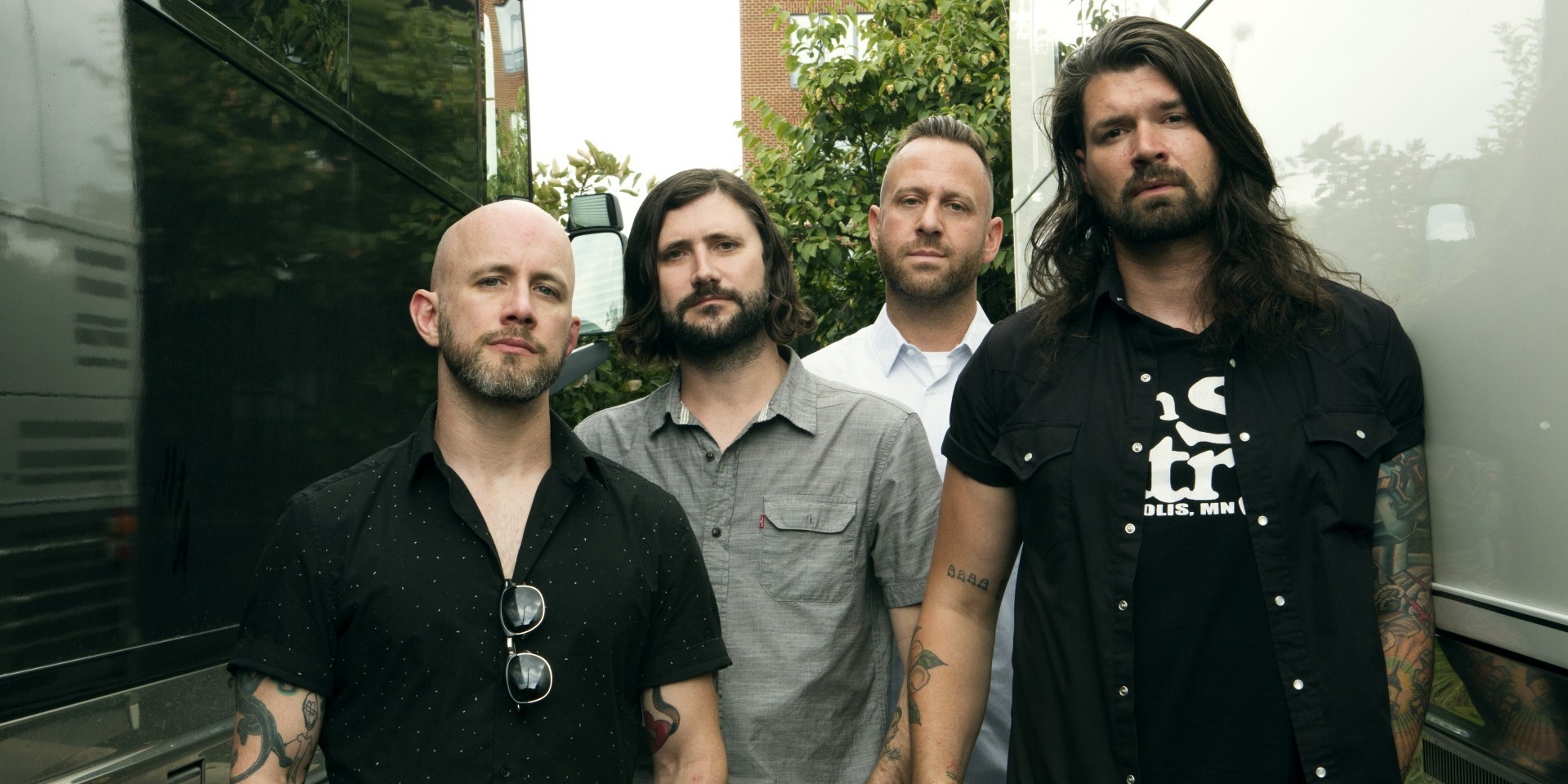 The details surrounding Taking Back Sunday's highly anticipated show in Singapore have finally been released.

While it was announced two weeks ago that the post-hardcore band will be performing in Singapore on 19 January 2019, further details such as the venue, ticketing details and more were unknown. Now, concert promoters, LAMC Productions, have shed a light on the band's 2019 concert.

The band will be performing at the Hard Rock Cafe (Cuscaden) from 4pm onwards. Tickets for the show are set to go on sale this Friday, 26 October from 10am onwards. Early bird tickets will cost S$98 while Standard passes cost $108. A Meet & Greet add-on will cost an additional $100.

Taking Back Sunday is set to perform at the Hard Rock Cafe (Cuscaden) in Singapore on Saturday, 19 January 2019 from 4pm onwards. Tickets will go on sale 26 October via SISTIC. 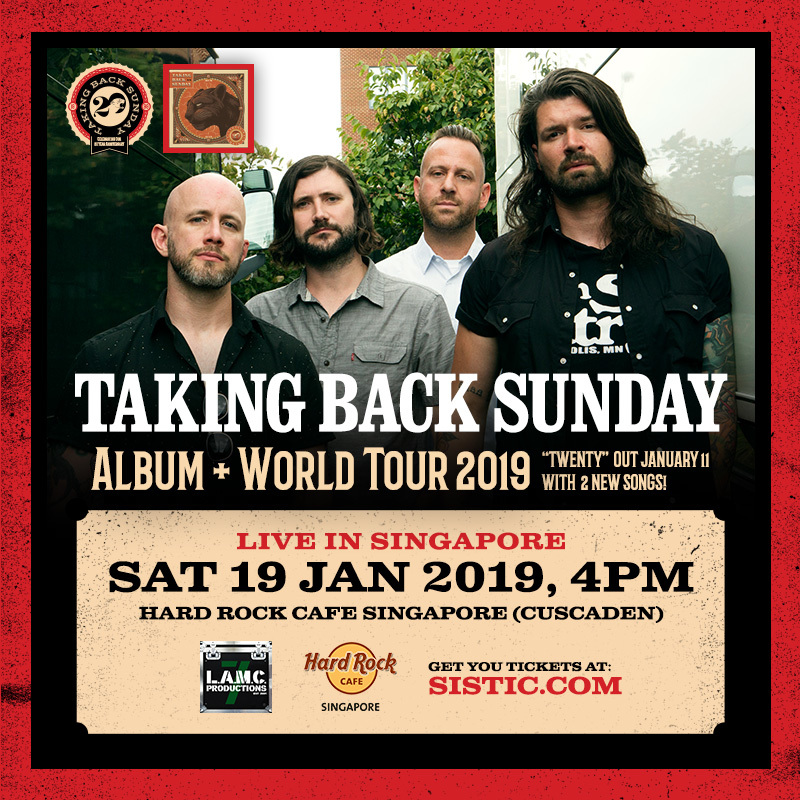