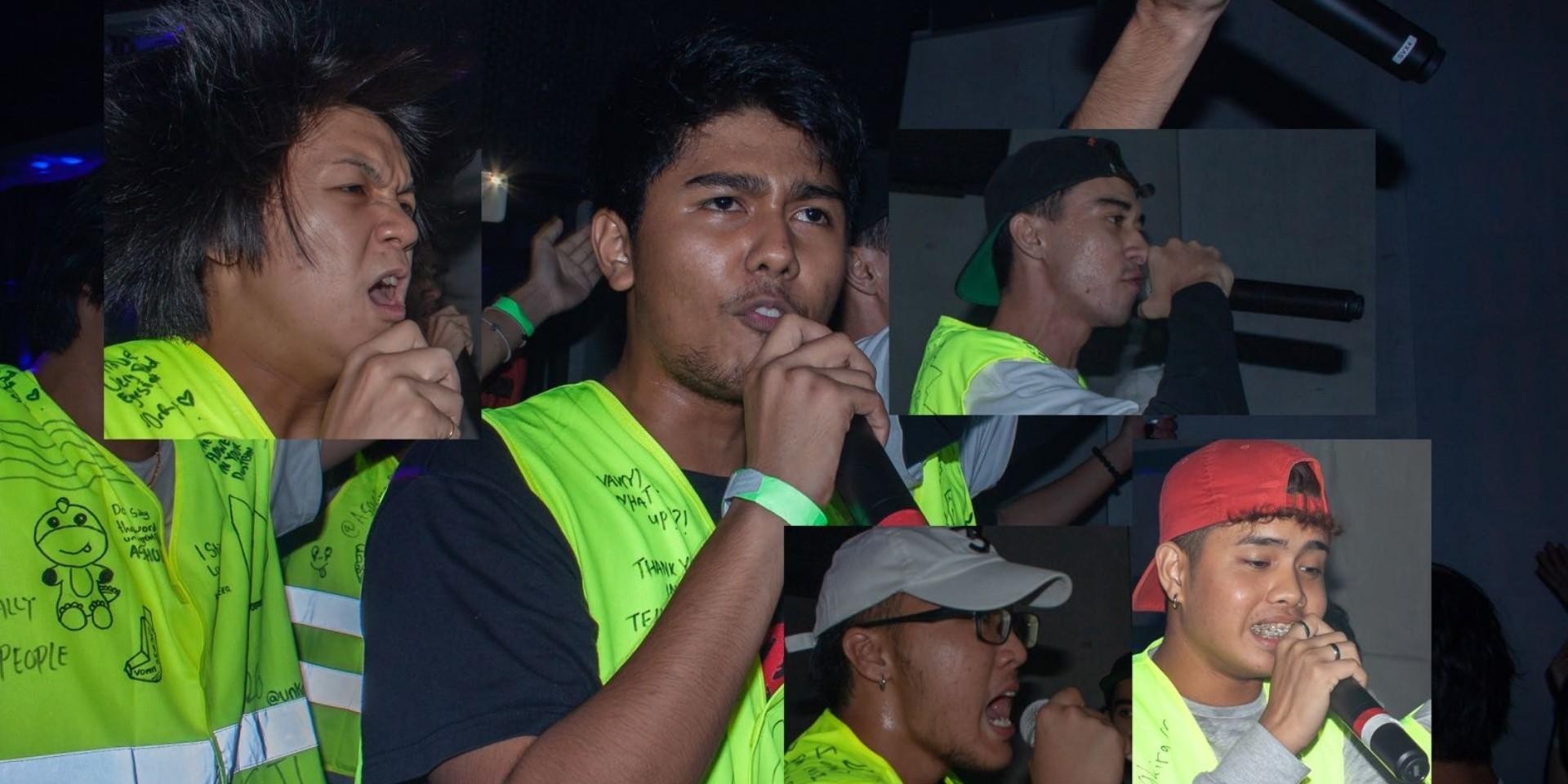 Singaporean rap force Unknown Radicals is ready to lift the veil off its debut album Vomit. While the crew has not furnished a release date for the project, it's announced a launch show,Vomit: The Karnival, to celebrate its birth. Also performing that night will be firebrand rapper AE$OP CA$H, garage rock warriors Knightingale and rising rap crew YASAI.

Catch Unknown Radicals live at Decline on Saturday, November 17, from 5.30-9pm. Tickets, $20, are available at the door. 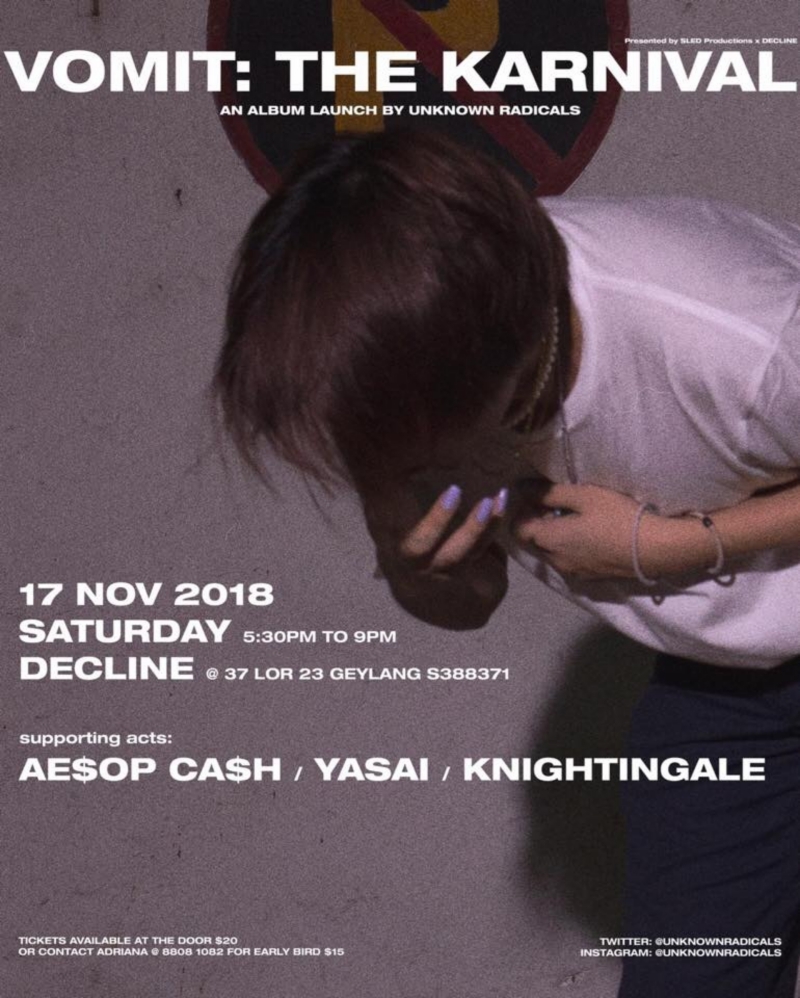