The lineup for Urbanscapes 2013 is looking pretty stellar. With a myriad of international acts gracing the stage along with regional ones too, it is looking like a proper festival already. We spoke to just one of those acts, Tegan and Sara as they reminisced about their show in Singapore, breakfast choices and the really, really massive touring schedule they have ahead of them.

Hey Tegan, what are you up to these days?

I’m sort of on holiday right now! I have a couple of weeks off so I’m home in Vancouver. It’s been busy, busy, busy so we decided to take a few weeks off… but back to work in a week though.

Let’s go way back, how did you start out making music?

We were piano players as children and we just became really interested in playing guitars and it was the 90s and everybody were in a band. Everyone around us kept encouraging us and they even thought we were good. We weren’t that good when we started but everyone seemed to like what we were doing and I think it kind of went from there because we weren’t really interested in going to university so we started travelling and got a manager and a record deal really quickly and it just turned into a career. That was when we realised that there was something more to the music we were making then so we just kept on following it.

How old were you then when it all started?

We were 15 when we started to write songs and we were 19 when we signed our record deal.  We were in school but we weren’t very, very good either! But everybody was in a band and making music was the first thing we were very passionate about. Our family also encouraged us to get into music because they could see that we were very excited to do it.

Has your tastes changed much since you first started? 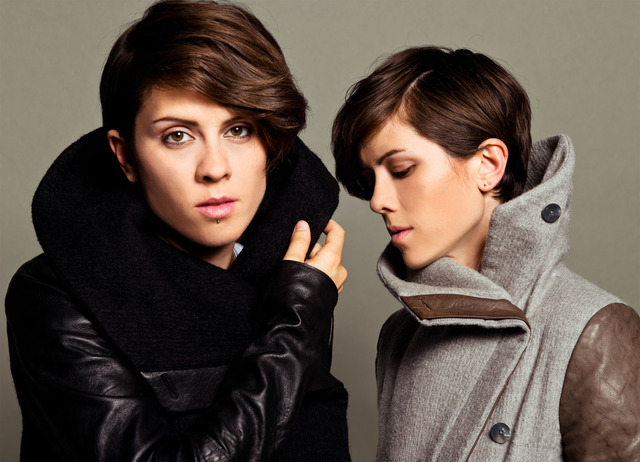 Pretty sure you guys have played at heaps of festivals already, which ones were most memorable?

We played a lot of festivals when we were touring, this year alone we played Coachella, which was amazing, and we played Austin City Limits last year, which was incredible. Even our band has gotten bigger and our audience has gotten bigger and sometimes we’re playing in front of 30 000 – 40 000 people, the feeling is incredible. It’s hard to say what else is memorable because sometimes I can’t get over how big the audience is and I just try to keep my cool.

You also played in Singapore earlier this year, where our friend Weish opened for you, how was the Singapore experience?

Yeah, she was so awesome! We had such a good time. That’s why we’re coming back to Asia so soon. We just had such an incredible time. After all these years, we just feel so excited that we’re finally touring Southeast Asia. We’ve heard from so many friends before, that it’s an amazing  place and we did have such an amazing time in Singapore. It was a great night!

The latest album Heartthrob is really different from your previous stuff, what inspired this new change?

We’ve just been listening to a lot of pop music and a lot of what was happening in the mainstream, and we just wanted to reach more people so we knew that to reach more people we had to make music that was a bit more commercial so we took extra time writing because we wanted to make sure that we’re not making a pop record for the sake of making a pop record. We tried to lean on records that we grew up on like music by Cyndi Lauper for example. She’s so unusual but also produced some of the best pop records ever. I wanted to make a record that people would remember and also reach out to more new people.

You’ve collaborated with David Guetta and Tiesto, some pretty big EDM names there! Did that influence the sound in Heartthrob?

When we started to collaborate back then I think we came to realise that the audience was going to embrace that stuff and we were starting to gain new fans in the electronic music world. So I think that over the years we’ve become much more comfortable exploring and collaborating and so I think Heartthrob is a product of that confidence that we have gained from working in that world.

Is there anyone you would like to collaborate with next?

Oh man I don’t know! There’s so many I’d like to collaborate with. Right now I’m really loving Taylor Swift. Maybe I’d like to do more collaborations with women.

You’ve always been vocal about misogyny in the music industry, do you think that with people like you, Grimes and Lauren Mayberry of CHVRCHES speaking out about the issue, that things would change soon?

I was really excited to see Grimes post on her blog about misogyny. I thought it was so bold and so well-written and that it didn’t receive a lot of criticism but instead, it received a lot of support. And to see CHVRCHES do the same thing recently, it’s really great. If for any reason, I think young women who are fans of those acts, it was so liberating and so exciting to see the support of their favourite bands. We’ve always been speaking out against misogyny and homophobia and even in the beginning, I’ve felt that we didn’t have many people on our side. We’ve always been friends with a lot of male bands and a lot of those bands don’t get into a lot of politics, they don’t want to speak up. They’re great men and they’re great people but they never stood up as our allies so it’s been really incredible to see women standing for themselves and at the same time, there have been more male acts who have stood up for the cause, like Fun. who started The Ally Coalition to raise awareness about marriage equality in America. For me it feels like a relief that other people are speaking out about these things because for a lot of years I’ve felt alone on this subject.

This next one is from a fan who wants to know more about your homeward bound tattoo, want to share the story behind it?

Oh! I got it a couple of years ago when we were touring with Paramore and I kind of always wanted a ship, plus it’s an old school popular tattoo… I liked the idea of linking myself with so many others who have gotten it but I also feel like since we’re always on tour, we’re always sorta heading towards home. But home is  the road and home is tour as well, so I feel that even though I’m at home, I’m always headed towards my other home as well. 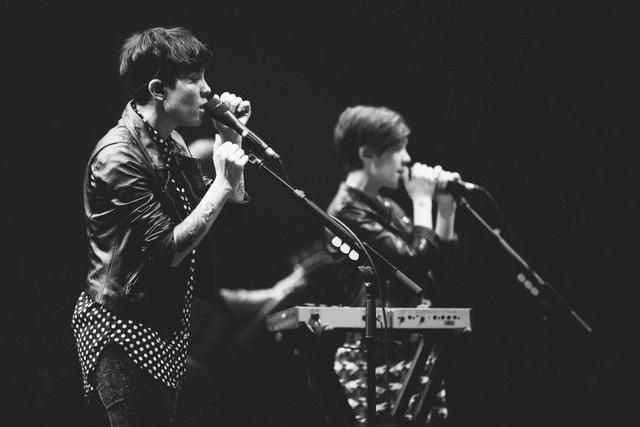 So what’s next for Tegan and Sara?

I think we’re gonna work the crap off this record! Our intention is to tour till next Christmas so we’re going to be on the road for another year and a half so I hope that some of our other collaborations that we’ve been working on behind the scenes work out in time for our new record. I think we have another record or two left in us before we slow down a bit more.

Before we leave and because it is really early here, we need help in choosing our breakfast. Waffles or pancakes?

Pancakes! I just think that waffles are just too complicated, I just like pancakes. I don’t like to mix desserts and meals and waffles are like dessert!

Interview by Nor Asyraf and Delfina Utomo