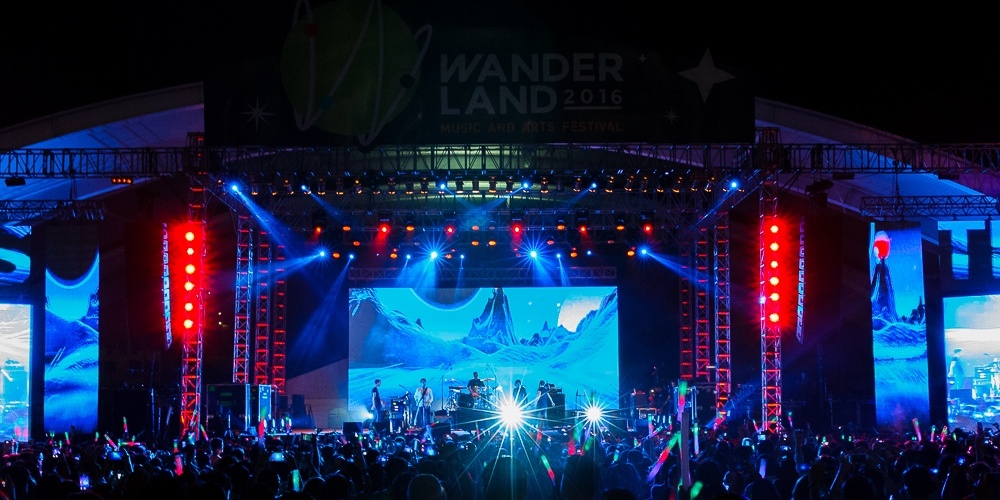 Every year, Karpos Multimedia's Wanderland takes us to a different world entirely - on their debut, it was an alternate version of Alice's Wonderland with the Wanderland monsters, on their sophomore year, a whimsical carnival, in 2015 they took us to summer camp (where we made our own Philippine debut with the Bandwagon to Wanderland) and last year, they brought us to outer space.

Now on their fifth year, Wanderland Music & Arts Festival gets out of their comfort zone (and their home for the last four years, Globe Circuit Event Grounds) to head to the South. Yes, people of Alabang and beyond, Karpos has heard your traffic and toll woes and they have listened. Wanderland will be celebrating their fifth birthday in Filinvest City Event Grounds, Alabang on March 4, 2017.

In keeping up with tradition, Karpos has unveiled next year's festival theme: Wanderland Jungle.

Wanderland still hasn't dropped any clues as to who will be on the line up next year - we have our guesses but we'll save that for next time.

In the meantime, here's a report on what went down last year:

Watch 2015 headliners, Death Cab for Cab for Cutie talk about their Wanderland experience, declaring March 5 as Manila Day, Filipino fans and moving forward as a trio: